'Like Godse, Modi Is Filled With Hatred': Rahul Gandhi In Wayanad

'There is no difference between Godse and Modi, except the PM does not have guts to say he believes in Godse,' Rahul Gandhi said. 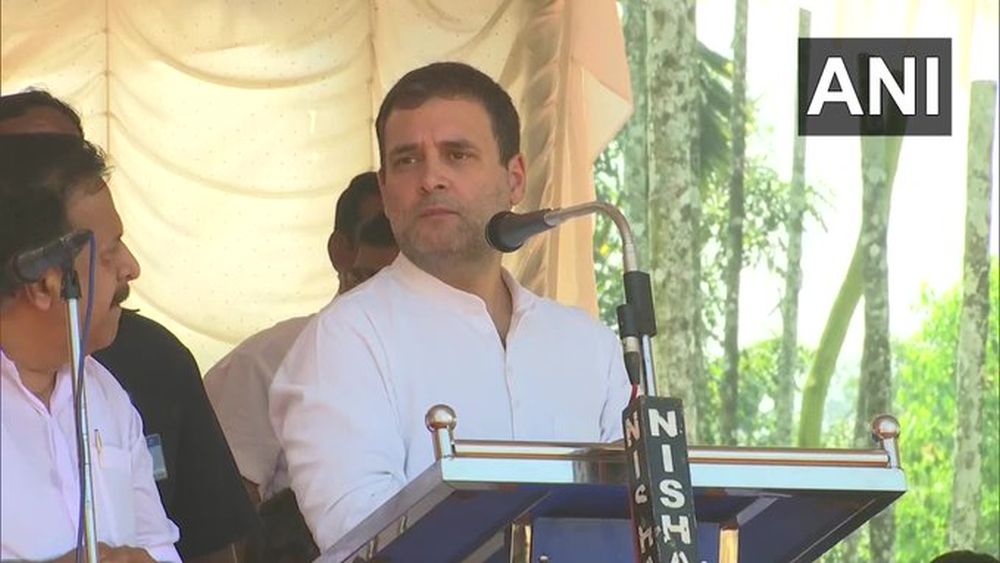 Gandhi on Thursday led 'Save the Constitution' mass protest march against the Citizenship Amendment Act at Kalpetta in Wayanad, his Lok Sabha constituency.

Remembering Mahatma Gandhi on his 72nd death anniversary, the Congress leader said, "It was a day when one of the greatest men ever born in India was taken away from us. He was taken away by a person who was consumed by hatred. Nathuram Godse tried to kill Gandhi a number of times. And he succeeded in it. Godse hated Gandhi because he was in search of the truth."

#WATCH Rahul Gandhi, Congress in Kalpetta, Kerala: Nathuram Godse shot Mahatma Gandhi because he did not believe in himself, he loved no one, he cared for nobody, he believed in nobody and that is the same with our Prime Minister, he only loves himself, only believes in himself. pic.twitter.com/itx4GKiVIM

Holding the national flag, hundreds of workers took part in approximately two-kilometre long 'Save the Constitution' march, which began from the SKMJ High School in Wayanad.

Mahatma Gandhi, the man who led India to freedom from the British colonial rule, was assassinated on January 30, 1948, by Nathuram Godse, who was against Gandhi's idea of partition.

In India, January 30 is observed as Martyrs Day.