Home  »  Website  »  National  »  'Life Has No Meaning In Kashmir,' Says Man Who Collected Pieces Of Nephew's Brain Killed In Shelling

'Life Has No Meaning In Kashmir,' Says Man Who Collected Pieces Of Nephew's Brain Killed In Shelling

We don’t know what will happen to us. We don’t know when shelling might start again. Whether we live or not, who cares? says Abdul Majeed Katariya, who lost his nephew in shelling last Sunday. 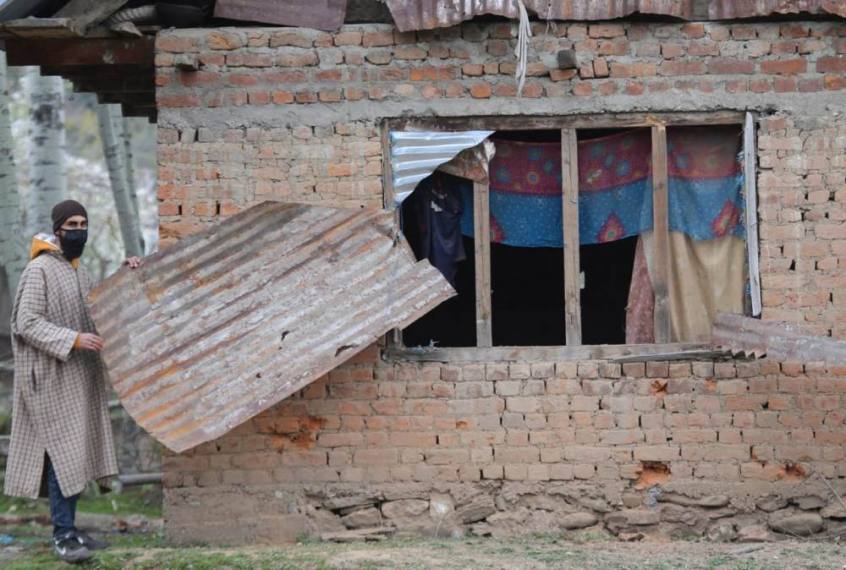 A man shows a damaged house that came under attack in Sunday's shelling.
Naseer Ganai April 17, 2020 00:00 IST 'Life Has No Meaning In Kashmir,' Says Man Who Collected Pieces Of Nephew's Brain Killed In Shelling 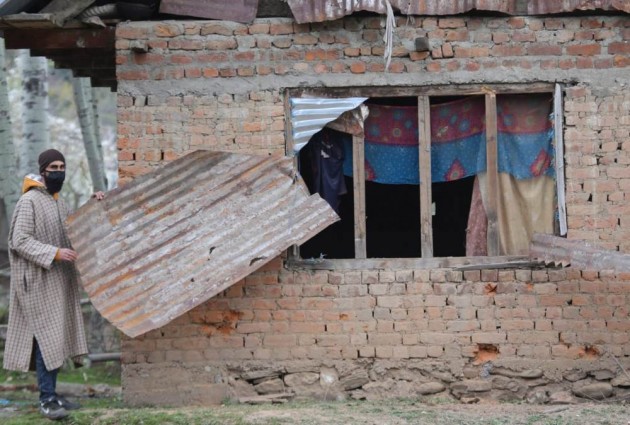 Abdul Majeed Katariya, a resident of Tumina village in North Kashmir's Kupwara district, lost his nephew -- dear to everyone in the family -- to last Sunday's shelling. Eight-year-old Rehaam Katariya was home and killed after a shell fired from across the LoC hit him in the head.

Life has no meaning in Kashmir, says Abdul, who collected the scattered pieces of the Rehaam's brain before burying him. He has washed bloodstains from walls of his brother’s house.

“We don’t know what will happen to us. We don’t know when shelling might start again. Whether we live or not, who cares? We have sent our children to Kupwara. We couldn’t even mourn together,” he says.

Abdul says until yesterday they were seeing if any part of Rehaam's body was still there. "What kind of life is this,” he asks. When the shelling began from across the LoC, Abdul says he was outside his brother's house and laid down on the ground to save himself.

“Rehaam, along with two of my children, was inside the house. I saw a shell hitting my brother Bashir Ahmad’s house; the children shrieked. I rushed inside and saw blood all around. Rehaam was not moving. He was dead. A mortar shell had hit his head. His mother had taken him in his lap; I couldn’t muster the courage to tell her he was dead. I saw my brother lying in another side with his right hand in blood,” he says.

“It was mayhem. I knew my nephew was dead but I couldn’t tell his mother. What could I have told her? I said I will bring an ambulance. We all knew he was dead; parts of his brain were out. We all wished he was alive,” says Abdul.

The family has now shut the damaged house.

A small-time contractor, Abdul says Rehaam would remain sick at times. “His father lost his job because of his sickness in 2017. The same year, Arhaan was ill and was admitted to a hospital. His father was in the Territorial Army. He couldn’t report back after his leave and he couldn’t leave his son in the hospital alone. They dismissed him despite 13 years of his service.”

“The child was everything to him. Now, he has nothing. He couldn’t even attend the funeral of his son because he was admitted to the hospital following the shelling,” Abdul says.

“My worry is now how will he sustain his life, leave aside taking care of his wife and daughter. Will the government place him somewhere? Will he get some employment,” he asks.

Three people, including Rehaam and a woman, were killed in Sunday’s shelling in the area.

Villagers say the army had earlier moved artillery weapons to an open field, used as a playground, surrounded by over 200 houses in Panzagam and Rawatpora villages.
Locals of the area staged a protest against moving the artillery fearing imminent firepower response from the other side in case of the cross-LoC shelling. A video about the villagers protesting against moving of artillery to an open field near the village has gone viral.

The Army said unprovoked firing initiated by Pakistan in Keran sector at 5 p.m. on Sunday led to the killing of three civilians, including a woman.

It said Pakistan targeted civilian population in Kupwara sector near the LoC which led to the killings. Sunday’s shelling is seen as part of recent LoC flare-up triggered by the deadly Karen gunfight, which left 5 militants and 5 paratroopers dead.