Singh also downplayed the arrest of mainstream political leaders and the communication blockade in the Valley following the scrapping of the special status and bifurcation of the state in union territories. 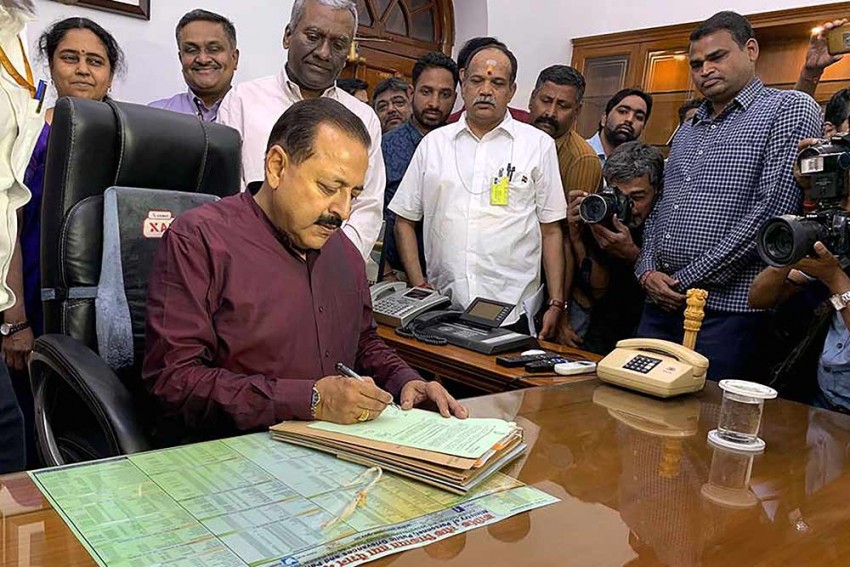 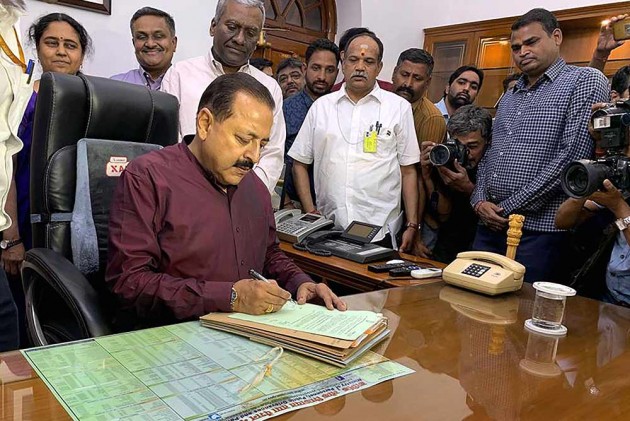 Union Minister Jitendra Singh on Sunday said after the revocation of the special status of Jammu and Kashmir, people should now pray for the integration of the Pakistan-occupied Kashmir (PoK) with India in their lifetime.

He also downplayed the arrest of mainstream political leaders and the communication blockade in the Valley following the scrapping of the special status and bifurcation of the state in union territories.

"We are lucky that it (revoking of the special status) happened in our lifetime. It is because of the sacrifices of our three generations," Singh said addressing a meet on the current socio-political milieu in Jammu and Kashmir, organised by the state BJP at party headquarters.

He said,"After this historic step, let us move forward with a positive thinking of freeing PoK from the illegal occupation of Pakistan and making it an integral part of the country in accordance with the unanimously passed resolution in Parliament (in 1994)."

"Let us pray that we see the integration of PoK with the country and people freely visit Muzaffarabad (capital of PoK)," he added.

Without naming the Congress for the criticism on the arrest of former chief ministers Omar Abdullah and Mehbooba Mufti, the Union Minister said it was "unnecessarily being made a big issue".

"Under some compulsion or reason, the government has taken some steps to maintain peace. You (Congress) had arrested National Conference founder Sheikh Abdullah. Such a thing had not happened in Kashmir," he said, adding that the leaders were not being kept in solitary confinement.

"They are doing their workout at the gym, reading books and even ordering and watching Hollywood movies," he said.

Defending the move with regard to Article 370, he said some people were frustrated because they had created a narrative in the country that no power could abolish the special status being enjoyed by Jammu and Kashmir.

"We did it...Article 370 was a miscarriage of history and perhaps the gravest blunder in post-independence India," he said, adding that it led to the lack of development and discrimination within regions but also "psychological isolation that created mental barriers".

"Is it humanity to send your own child outside for education and hand over stones and gun to the ward of a poor neighbour. The Kashmiriyat ended the day the Pandits were driven out from there," Singh said, adding that the democracy vanished when people started becoming members of Parliament and the state assembly with eight per cent voter turnout. "Hope the day will come when a minimum voter turnout will be set for becoming a member of the Lok Sabha. Otherwise, it is a joke on the democracy," he said.

Singh added that in the 1996 assembly elections after several years of the governor's and president's rule in the state, the chief minister (Farooq Abdullah) was brought from abroad.
Without naming the National Conference or the PDP but apparently referring to these parties, he said they were spreading fear out of frustration as they used to propagate a notion that their presence was imperative for India in Kashmir.

"Now is the time to expose them on their own turf," he said.

We will show the mirror to the Congress, which deceived the nation on Article 370. The National Conference betrayed its own people and was not faithful to the Articles 370 and 35-A. Otherwise, they would not have brought so many amendments over the years in collaboration with the Congress at the Centre," he added.

The minister also allayed the apprehensions that people from outside would come and grab government jobs in Jammu and Kashmir.

The union minister said it was surprising that some people in Jammu were also falling prey to the negative propaganda.

"Some fringe elements have an agenda. We should not pay heed to their argument. Whatever had happened, nobody had ever imagined," he said.