Jain noted a similar trend across the country where around 50 per cent of those registered got the job on the first day of vaccine rollout. 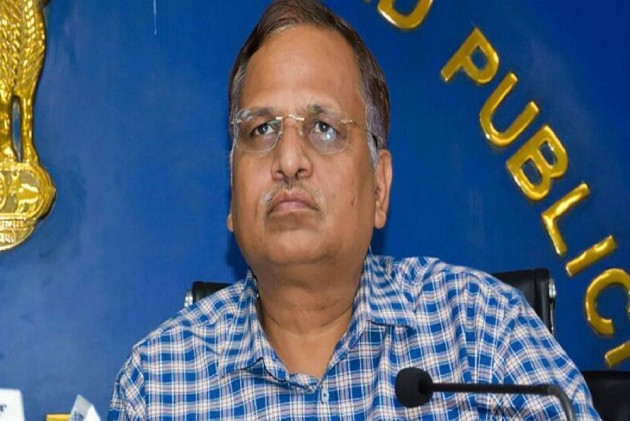 Reviewing the first day of the coronavirus vaccination drive, Delhi Health Minister Satyendra Jain on Sunday said some registered individuals did not turn up on the first day, asserting that the programme is completely voluntary.

He noted a similar trend across the country where around 50 per cent of those registered got the job on the first day of vaccine rollout.

In the national capital, a total of 4,319 healthcare workers -- 53.3 per cent of those registered -- got the vaccine shots on the first day of the Covid-19 vaccination drive on Saturday, the minister said.

So Far So Good As Over 1.65 Lakh Get Covid-19 Jabs On Day One: Union Health Ministry

He also said that the number of vaccination centres in Delhi will be increased from 81 to 175 soon.

"Some people decided not to turn up at the last moment. The vaccination programme is completely voluntary. We cannot ask anyone to compulsorily take the shot even if the person has registered for it," he said.

One "severe" and 51 "minor" cases of AEFI (adverse events following immunisation) were reported among health workers who were administered the coronavirus vaccine in Delhi on Saturday, according to official figures.

An AIIMS security guard had developed an allergic reaction after receiving the vaccine. He was kept under observation of doctors, an official had said on Saturday.

"His current status is not known... 51 others were discharged after some time," Jain said.

The minister also said that the Delhi government decided to omit vaccination centres of municipal corporations due to the ongoing strike by the civic bodies.

On some political parties questioning the efficacy of the vaccines, Jain said the Centre gave permission for emergency use of the vaccines after completing a rigorous process.

"All protocols were followed. So, there should be no questions about it," he said.

The health minister added that the Covid-19 positivity rate has come down to 0.44 per cent.

"The coronavirus positivity rate has remained below 0.5 per cent for the last few days. We can comfortably say that the third wave is on the wane. Cases have decreased. Still, I want to appeal to people to take precautions and use masks," he said.