If Mithun Chakraborty decides to back PM Narendra Modi, it could boost the morale of the BJP ahead of the Assembly polls, as Chakraborty's popularity in Bengal is nearly unmatched. 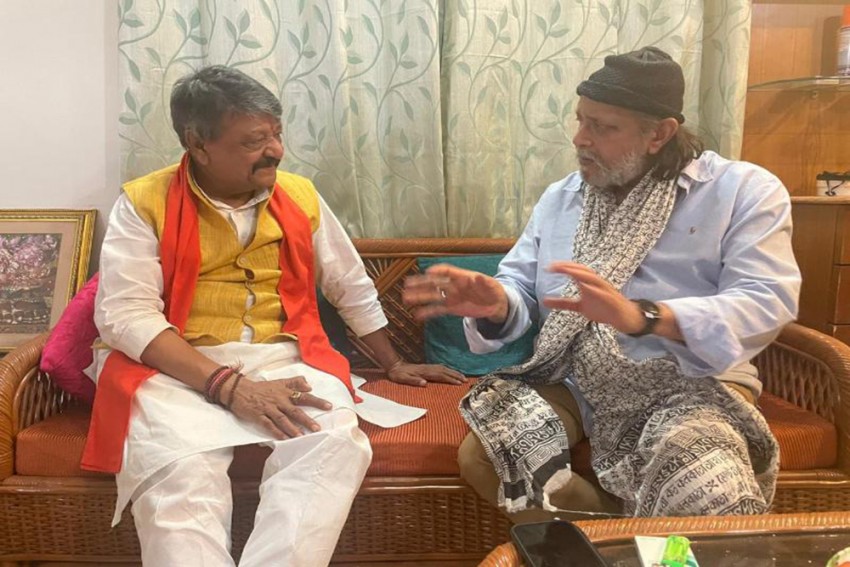 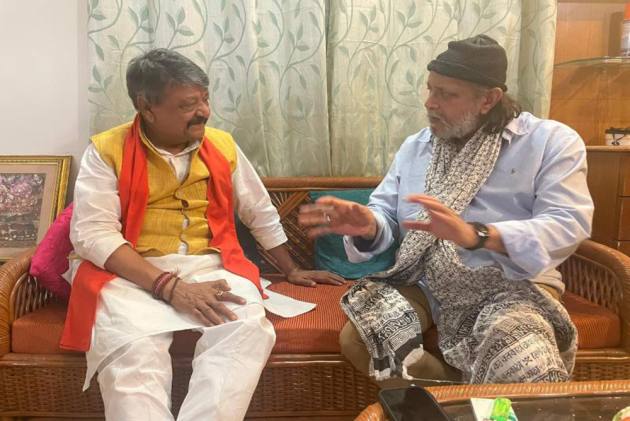 Actor Mithun Chakraborty, one of Bengal's biggest star from the entertainment world, reached Kolkata on Saturday night and is likely to appear on the dais of prime minister Narendra Modi's meeting on Sunday afternoon.

Indicating that the speculations about Chakraborty's presence on Modi's dais was likely to be true, BJP national general secretary Kailash Vijayvargiya on Saturday night shared a photo on Twitter showing himself with Chakraborty.

Once a TMC Rajya Sabha MP, Chakraborty has stayed away from active politics since resigning from the Parliament in the aftermath of the chit fund controversy involving the TMC.

However, his visit to the RSS headquarters in Nagpur last year and the RSS head Mohan Bhagwat's recent visit to Chakraborty's residence had triggered speculations about Chakraborty joining politics.

His backing of Modi could give the BJP a boost in the morale, as Chakraborty's popularity in Bengal is nearly unmatched.

Vijayvargiya in his tweet referred to their "late night discussion" during which he said he was moved by the actor's patriotism and love for the poor.

Vijayvargiya is the BJP's Bengal in-charge. He has confirmed that Modi and Chakraborty will meet on Sunday in Kolkata but kept the suspense around Chakraborty's formal joining on Modi's dais.