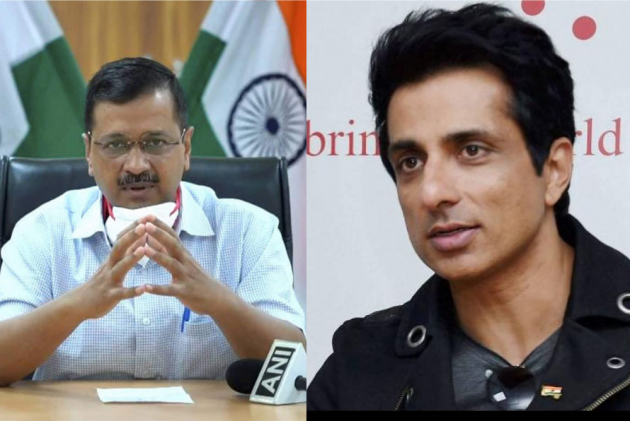 In a bid to promote and raise awareness about its 'Desh Ka Mentors' program, the Aam Aadmi Party government in Delhi has roped in Bollywood actor and "good samaritan" Sonu Sood to be the brand ambassador of the project. Known for his generosity and social service to the needy, especially amid the pandemic, the actor has become a well-known face today.

"Some of the students in government schools come from very poor backgrounds and there are very few people to guide them. We are appealing to educated people to become mentors for these children. Sonu Sood will be our brand ambassador for the programme," Kejriwal said.

‘If We Can Have Doorstep Delivery Of Burgers, Why Not Ration,’ Kejriwal Asks Centre

The announcement came after a scheduled meeting between Sood and Kejriwal on Friday.

Recently, AAP had also announced that the Delhi government would soon come up with "the most progressive" film policy in the country that would provide a massive boost to the entertainment industry.

Kejriwal and Sood both said that no discussions around politics were held during their meeting.

"We just discussed this programme and no political discussions were held," Kejriwal told reporters at a joint press conference with Sood.