According to the charge sheet in the Kathua case, the girl, who was kidnapped on January 10 this year, was allegedly raped in captivity in a small village temple in the district after being kept sedated for four days before she was bludgeoned to death. 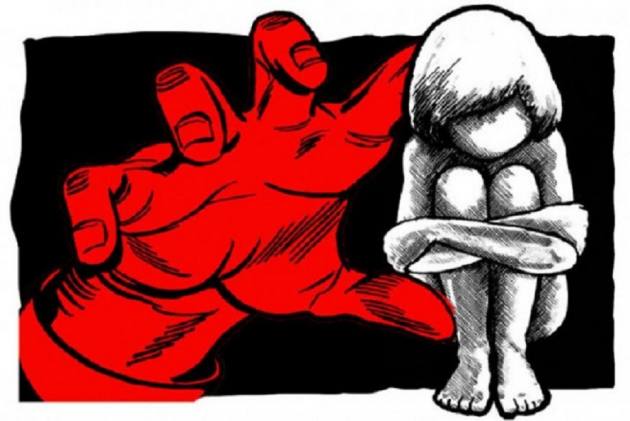 Four months after six people were convicted in the 2018 rape and murder of an eight-year-old nomadic girl in a Kathua village, a court here in Jammu directed the police on Tuesday to register an FIR against six members of the Special Investigation Team (SIT), which probed the case, for allegedly torturing and coercing witnesses to give false statements.

Judicial Magistrate Prem Sagar gave the direction to senior superintendent of police (SSP) of Jammu on an application by Sachin Sharma, Neeraj Sharma and Sahil Sharma, who were witnesses in the case, saying cognizable offences are made out against the six.

The court directed registration of FIR against the then SSP R K Jalla (now retired), ASP Peerzada Naveed, Deputy Superintendents of Police Shetmbari Sharma and Nissar Hussain, Sub-Inspector Urfan Wani and Kewal Kishore of crime branch of police and asked the SSP (Jammu) to report compliance by next date of hearing on November 11.

"Considered the argument of counsel for the applicant and order of the Supreme Court and the High Court of Jammu and Kashmir. As per the affidavit of the counsel for applicant no proceedings are pending for disposal in the apex court with regard to the case in question," the court order said.

Advocate Ankur Sharma pleaded the case for the applicants.

In June this year, District and Sessions Judge Tejwinder Singh sentenced to life imprisonment the three main accused, while awarding five years in jail to three others for the destruction of evidence in the case that shook the nation.

The trial was shifted to Pathankot in Punjab on the order of the Supreme Court after lawyers in Kathua attempted to prevent submission of the charge sheet in court.

The BJP had to sack two of its state ministers, Chowdhury Lal Singh and Chander Prakash Ganga, for participating in a rally in support of the accused.

Day-to-day in-camera trial in the case was held for a year.

According to the charge sheet in the Kathua case, the girl, who was kidnapped on January 10 this year, was allegedly raped in captivity in a small village temple in the district after being kept sedated for four days before she was bludgeoned to death.

The abduction, rape and killing of the child was part of a carefully planned strategy to remove the minority nomadic community from the area, it said.

Sanji Ram, the caretaker of the temple where the crime took place, Special Police Officer Deepak Khajuria and Parvesh Kumar, a civilian, were convicted under Ranbir Penal Code sections pertaining to criminal conspiracy, murder, gangrape and destruction of evidence.

"The perpetrators of this crime have acted in such a manner as if there is a 'law of jungle' prevalent in the society," the judge had said in the verdict.