Altaf Bukhari says that he floated the new party because the National Conference and the PDP have remained silent over the issues confronted by people. 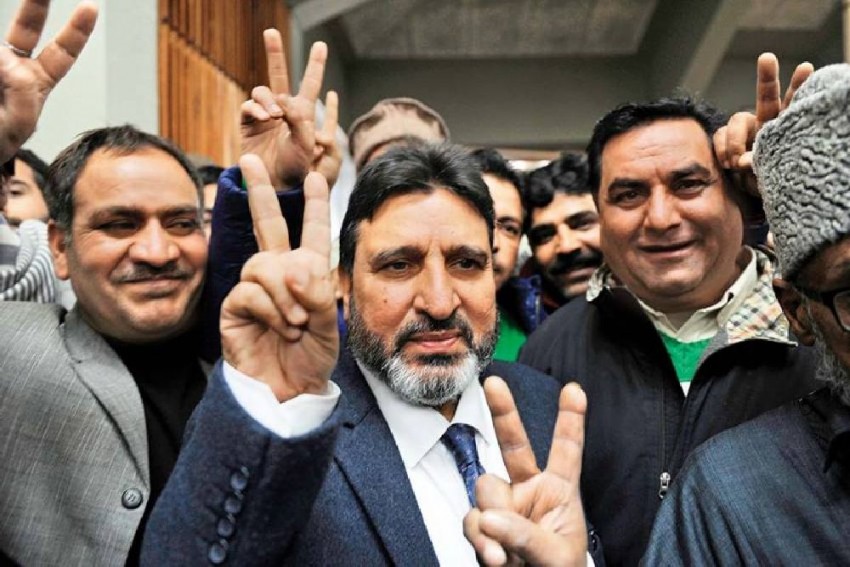 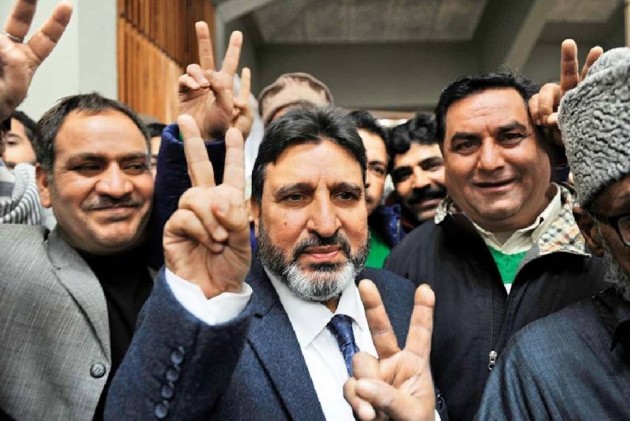 Most of the members of the newly launched Apni Party, floated by former J&K Finance Minister Syed Altaf Bukhari, are defectors from People's Democratic Party, headed by Mehbooba Mufti who is in detention since August 5 last year.

Bukhari told Outlook that he had been waiting for the last seven months hoping that National Conference and the PDP would come out and raise the issues confronted by the people.
“Unfortunately, they have not come out. Political parties don’t cease to exist once their leaders are arrested. Now, most of their leaders have been released, if not the presidents of the parties. We believed they would talk about issues, but they chose silence. We thought it necessary to flag issues,” Bukhari said.

Bukhari said there is a yearning for the restoration of the statehood in Jammu and Kashmir. “Why shouldn’t we raise this issue? Bureaucracy is acting like as if there is martial law imposed in J&K. Why shouldn’t we talk about it? J&K Bank has been converted into sub-office of the anti-corruption bureau. We are aware of these issues and will raise them, come what may,” said Bukhari.

The party, launched on Sunday, draws its inspiration from former Prime Minister of Jammu and Kashmir Ghulam Mohammad Bakshi.

"I pray to God to give me the strength of Ghulam Mohammad Bakshi," the chief of Apni Party said.

Bukhari’s fellow colleague, Ghulam Hassan Mir, who is also former Minister and one of the founding members of the PDP, argued that Sheikh Abdullah is not respected in Jammu and Kashmir because of his political standing. “Sheikh Abdullah is respected in Jammu and Kashmir for his economic vision and economic roadmap which he envisaged and which Bakshi implemented. Sheikh directed the economic destiny of J&K. National Conference and others who say Sheikh has done something extraordinary politically for J&K are mistaken,” Mir said.

“Look at the Bakshi sahab’s rule after the arrest of Sheikh Abdullah. It was all development centric. This is not a new narrative but a stark reality,” Mir said, adding that when Sheikh realised in 1970 that nothing was going to happen regarding the 'destiny of Jammu and Kashmir', he agreed to make peace with New Delhi and returned as Chief Minister of J&K rather the Prime Minister.

“Only Sheikh had the stature to take this decision and I respect him for taking a realistic decision at that time. We are also taking realistic recourse,” Mir said.

Analysts in Kashmir also draw a commonality between Bukhari, his new party and Bakshi.

Analysts believe that Bukhari is happy to be associated with powers representing Delhi rather than Kashmir. “One of the political problems in Kashmir has been that political parties over the years tend to represent Delhi in Kashmir rather than their constituencies and Bakshi was seen as a beginner of such kind of politics in Jammu and Kashmir and others followed him,” said a former professor wishing anonymity.

Soon after the revocation of Article 370 and bifurcation of J&K into two union territories on August 5, 2019, the government lodged mainstream political leaders including Ali Mohammad Sagar, Sajad Lone, Shah Faesal and others at the Sheri Kashmir International Convocation Centre (SKICC) turning into sub-jail. Incidentally, Bakshi’s son, Javed Bakshi, who was Managing Director of the SKICC became jailer of the place.

In October last year, when the BJP General Secretary Ram Madhav visited Kashmir, he asked BJP workers that political parties should raise demands like restoration of the statehood.

“My party is of the people by the people and for the people. There is no king and prince among us. We are commoners. Anyone can come and join us. Anyone who has the interest of the state in mind, wants peace, prosperity and the happiness can join us,” Bukhari said.

"Talk to anyone in Kashmir; they are calling for the restoration of the statehood."