Kashmir Under Curfew Ahead Of First Anniversary Of Article 370 Abrogation

The administration said they have received inputs about 'violent protests' being planned in Kashmir Valley on August 5, first anniversary of Article 370 abrogation. 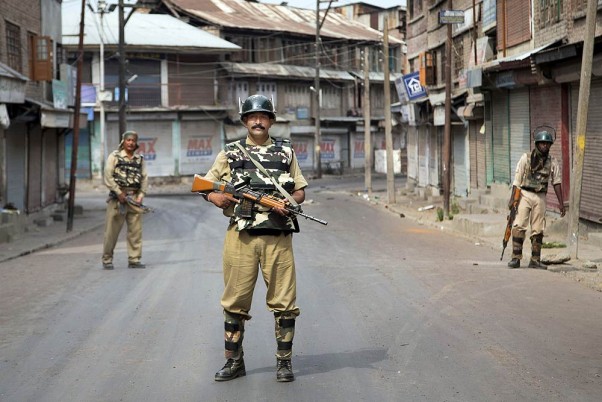 Ahead of the first anniversary of Article 370 abrogation, authorities have imposed curfew in Kashmir Valley on August 4 and 5, citing "specific inputs about violent protests" over the revocation of special status.

According to the officials, districts magistrates in the Valley, have issued orders of complete restrictions and curfew on August 4 and August 5. According to these orders, the government has said that following the police report that separatists and Pakistan-sponsored groups are planning to observe August 5, 2020, as 'Black Day', the government has ordered restrictions and curfew.

The order of district magistrate Srinagar says "the government doesn’t rule out violent protests which could endanger public life and property on these days."

The administration also said any gathering of protesters would be detrimental to efforts related to Covid-19 containment.

On August 5, last year, the BJP government revoked Article 370, Article 35-A amid communication blockade, strict curfew and arrests of thousands of people including three former chief ministers. Though the government has released Farooq Abdullah and Omar Abdullah, former Chief Minister Mehbooba Mufti continues to be under detention.

“The preparations start a full 24 hours earlier this year compared to 2019 with Srinagar, and I presume the same is being done across the valley, being placed under strict curfew from tonight for the next two days,” former chief minister Omar Abdullah said in a tweet while sharing the order of Srinagar DM.

“As expected, ‘normalcy acrobatics’ for 5th August is underway with the imposition of Section 144 in Srinagar along with additional deployment of troops & the city lost in a maze of concertina wires, police vans & barricades,” Iltija Mufti, Mehbooba Mufti’s daughter tweeted.

However, medical emergencies and movement of staff on COVID-19 duty with pass/valid cards shall be exempted from the restrictions, the order said.

Mumbai Police Was Warned About Threat To Sushant's Life In February, Claims His Father