Home  »  Website  »  National  »  Karnataka Trust Vote LIVE | Caesar's Wife Should Be Above Suspicion, I Want To Close It Today: Speaker

Karnataka Trust Vote LIVE | Caesar's Wife Should Be Above Suspicion, I Want To Close It Today: Speaker 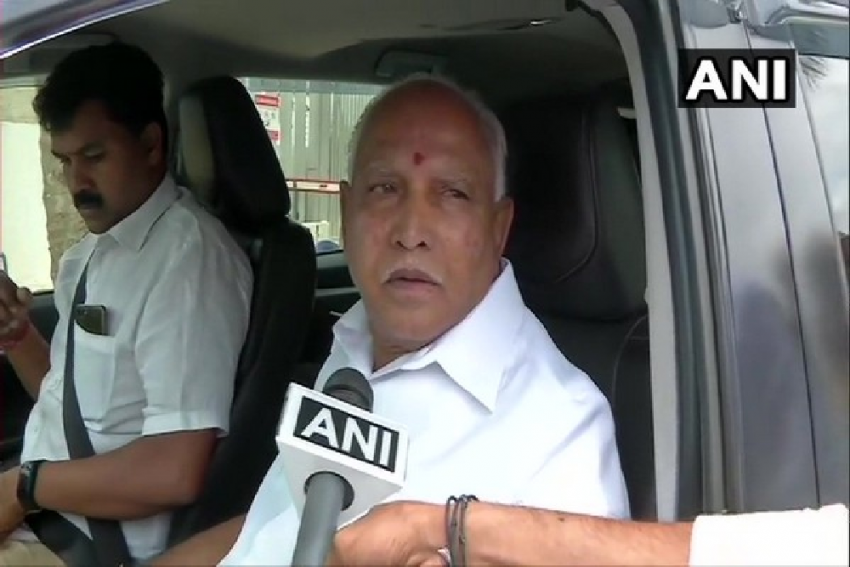 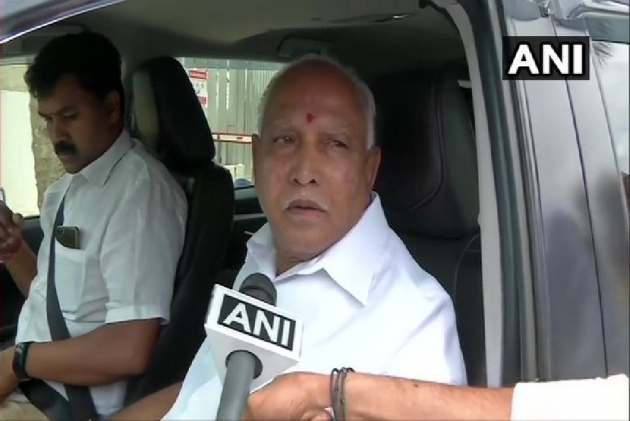 Karnataka political drama fails to see a climax as the Assembly Friday failed to meet the second deadline set by Governor Vajubhai Vala for Chief Minister H D Kumaraswamy to prove his majority in the House.

As Thursday's developments had its moment of high drama and twists and turns both inside and outside the House, Kumaraswamy moved the motion of confidence in his wobbly 14-month old government that has been wracked by a rebellion by a section of its MLAs threatening its survival for nearly two weeks.

Here are all Live updates:

7:42 PM: Karnataka Deputy CM G. Parameshwara says: "We've approached the Supreme Court to contend two major issues: parties have right to issue whips to their legislators and this can't be taken away by any court. When House is in session, Governor can't issue directions or deadlines to when we should have a trust vote."

We have approached Supreme Court to contend two major issues:

Parties have the right to issue whips to their legislators & this cannot be taken away by any court.

When the house is in session, Governor can't issue directions or deadlines to when we should have a trust vote.

6: 30 PM:  Caesar's wife should be above suspicion, I cannot be guilty of dragging proceedings, says Karnataka Assembly Speaker.

6: 28 PM: Congress-JDS members seek adjournment of House till Monday or Tuesday, Speaker says "No" and adds "I will have to face the world".

6: 25 PM: BJP leader Suresh Kumar says sanctity of trust vote will be lost if dragged on, insists process be completed Friday itself.

5:04 PM: Kumaraswamy says Governor issued direction that trust vote be completed before 1:30 PM Friday, which he cannot do.  "No such direction on trust vote could have been issued by Governor Vajubhai Valla when confidence motion was already initiated," Kumaraswamy said. "Governor cannot dictate the House on the manner in which debate of Confidence motion has to take place."

3:41 PM: Karnataka Governor Vajubhai Vala sets another deadline for the Karnataka Chief Minister to prove his majority. Governor Vala has sent another letter to HD Kumaraswamy to prove majority before 6 PM today.

3:18 PM: Karnataka Congress President Dinesh Gundu Rao moves the Supreme Court. Rao, in his petition, claimed that the top court order on rebel MLAs had violated the party's right to issue whip to its MLAs.

3:10 PM: State BJP chief BS Yeddyurappa said, "Kolar MLA Srinivas Gowda(JDS) alleged in the assembly that he was offered Rs 5 crore by BJP. We are moving a breach of privilege motion against him."

2:20 PM: Congress leader Siddaramaiah says the discussion is still not complete and 20 members are yet to participate. "I don’t think it will finish today and it will continue on Monday also," ANI quoted Siddaramaiah as saying.

1:07 PM: Kumaraswamy cites a Supreme Court verdict that the Governor cannot act as ombudsman of Legislature.

1:06 PM: Kumaraswamy tells the Speaker that he has to decide whether the Governor can set a deadline for him (1.30 pm Friday) to prove majority.

12:10 PM: Kumaraswamy asks BJP why it is in a hurry to end the trust vote debate in one day if it was sure of its numbers.

11:55 AM: JDS MLA Srinivas Gowda alleges he was offered Rs 5 crore bribe by the BJP to defect to bring down the government.

11:50 AM: Legislators were offered Rs 40-50 crore to lure them; whose money is it, says Kumaraswamy hitting out at BJP.

11:45 AM: Kumaraswamy accuses BJP of resorting to ways to circumvent the anti-defection law.

11:21 AM: After 14 months, "we have come to the final stage," says Kumaraswamy during the debate on trust vote in the Assembly.

11:19 AM: Right from the time JDS-Congress government came to power, an "atmosphere" was created to remove it: CM HD Kumaraswamy.

11:10 AM: Karnataka Assembly Speaker KR Ramesh Kumar hit out at the assembly members and said, "Those who hurl slurs at my character, look back at what your life has been. Anyone who knows me knows I don't have lakhs of money stashed up like others. I have enough strength to take a non-partisan decision despite such slurs."

10:15 AM: Karnataka Congress MP Nasir Hussain said, "I think the Congress party will go to Supreme Court because Governor cannot interfere in the matter of Speaker, he has no right to do it. Governor is arbitrarily interfering and trying to work as agent of a party."

10: 10 AM: Karnataka BJP MLAs to hold a meeting with State BJP President, B. S. Yeddyurappa before the commencement of today's Assembly session.

8:30 AM: BJP legislators went for morning walk. After they were on an over-night 'dharna' at Vidhana Soudha over their demand of floor test.

Bengaluru: K'taka BJP legislators go for morning walk. They were on an over night 'dharna' at Vidhana Soudha over their demand of floor test. K'taka Guv Vajubhai Vala has written to CM HD Kumaraswamy, asking him to prove majority of the govt on floor of the House by 1:30 pm today pic.twitter.com/t84qOtKjYM