The BJP chief called the attack 'unprecedented' and alleged the state has slipped into 'complete lawlessness and goonda raj'. 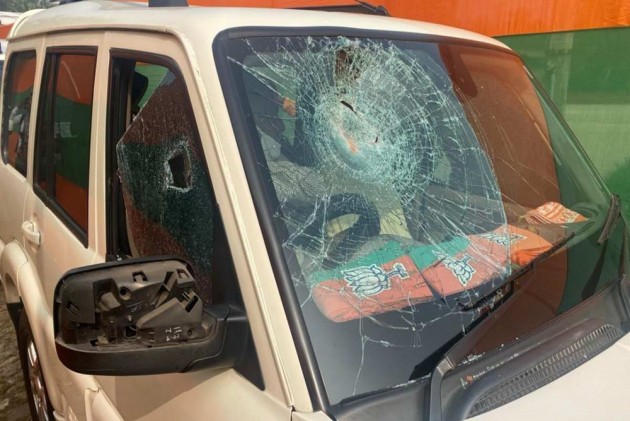 Home Minister Amit Shah ordered an investigation into the attack on BJP chief JP Nadda's convoy in West Bengal and sought a report from the Governor on the condition of law and order in the state. The Home Ministry also called for two reports from the Bengal administration in a matter of 12 hours as the BJP alleged that the state had slipped into complete lawlessness and anarchy, according to PTI.

The BJP chief's convoy came under attack, allegedly from supporters of Bengal's ruling Trinamool Congress, around 60 km from state capital Kolkata. Mr Nadda was on his way to a meeting of party workers in Diamond Harbour, which is the parliamentary constituency of Chief Minister Mamata Banerjee's nephew Abhishek Banerjee.

An angry Nadda called the attack "unprecedented" and alleged the state has slipped into "complete lawlessness and goonda raj".

"Today's attack on my convoy speaks a lot about the mentality of Mamata Banerjee and her TMC," the BJP chief said at a press conference.

Cut money is the order of the day, way of life under TMC rule in West Bengal, he alleged.

There is no place for political debate and discourse in Bengal under Mamata Banerjee's rule, the party chief added.

"Bengal has descended into an era of tyranny, anarchy and darkness under the Trinamool rule. The manner in which political violence has been institutionalized and brought to the extreme in West Bengal under TMC rule is sad and worrying," Shah tweeted.

"Every day they (BJP activists) are coming out (for rallies) with firearms. They are slapping themselves and blaming it on the Trinamool Congress. Just think of the situation. They are roaming around with the BSF, CRPF, Army, CISF....then why are you so scared," Banerjee said in Kolkata.