The JNU admin has also issued a list of pending mess fees from hostel residents, amounting to over Rs 2.79 Crore. 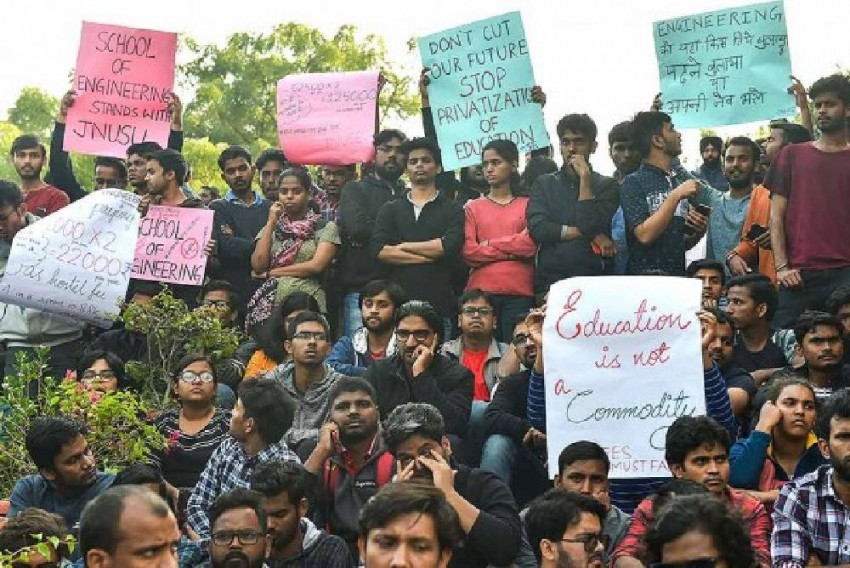 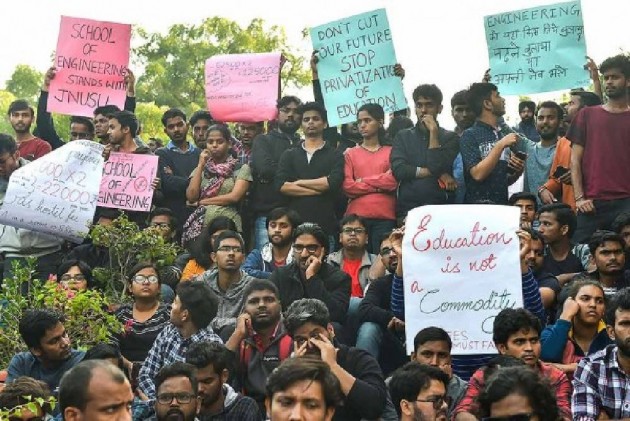 The Jawaharlal Nehru University administration has issued a statement giving the rationale behind the hostel fee hike and said it has a deficit of Rs 45 Crore while alleging that a "misinformation" campaign was being run over the issue.

The administration has also issued a list of pending mess fees from hostel residents, amounting to over Rs 2.79 crore from July to October, which JNUSU vice-president Saket Moon termed "an attempt to threaten students".

The JNU Teachers' Association on Thursday met the HRD Ministry-appointed high-powered panel on Thursday and demanded a complete roll-back of the hiked hostel fee, besides removal of the university's vice-chancellor, even as some teachers disassociated themselves from the group owing to their "indifference" towards the alleged attack on their colleagues by protesters.

Amid talks to resolve the impasse, members of BJP-affiliated Akhil Bhartiya Vidyarthi Parishad (ABVP) tried to march towards Shastri Bhawan, that houses the HRD Ministry, on Thursday demanding scrapping of the panel. However, they were stopped on Parliament Street by police and over 160 of them were detained.

The three-member high-powered panel was constituted on Monday to recommend ways to restore normal functioning of the Jawaharlal Nehru University and mediate between the administration and students who have been protesting for over three weeks over the hostel fee hike.

In the over two-hour long meeting, the JNUTA Executive Committee told the panel that the "recurrent problems arising from the way JNU is being governed is impossible to address while the current vice-chancellor continues in office".

The panel will visit JNU campus on Friday to hold a second meeting with the students. The first meeting was held with JNU Students Union (JNUSU) office-bearers, student counsellors and hostel presidents on Wednesday at HRD Ministry.

However, a section of the university's teachers expressed unhappiness over the constitution of the high-powered panel and said it may complicate the current situation.

They also accused the JNUTA of "being hand in glove" with the protesters and alleged the agitating students had held a professor hostage for over 24 hours during the fee-hike protests.

Meanwhile, the students' agitation has got the support from Sanjaya Baru, the media advisor to former Prime Minister Manmohan Singh.

Former JNU Students' Union president N Sai Balaji shared a video in which Baru, a JNU alumnus, said, "At a time when almost every year we are spending almost six billion dollars on Indians studying abroad, it is extremely important to save public universities."

"Jawaharlal Nehru University is one of the best public universities according to the HRD ministry's ranking and it is important to ensure that good students can study at affordable costs," he said.

The agitation over hiked hostel fee escalated on November 11 when thousands of JNU students clashed with police, leaving HRD Minister Ramesh Pokhriyal 'Nishank' stranded for over six hours at the venue of the university's convocation.

A week later, students staged a march from the university campus to HRD Ministry but were stopped at multiple locations and finally outside the Safdarjung tomb. The protesters alleged that the police had lathicharged and manhandled them, including a blind student, which led to a fresh protest by a group of visually challenged students.

The mother of missing JNU student, Najeeb Ahmed, visited the university on Thursday and met the visually challenged student, Shashi Bhushan Pandey at the campus and expressed solidarity with the cause of the protesting students.