Around 800 households in Tumina, Reedi and Chowkibal villages of South Kashmir's Kupwara district are living in constant fear of shelling.

A resident of Tekri area -- far from the villages where shelling took place on Sunday -- of Kupwara says the effects of attack were felt here. "The earth shook," he said. The shelling led to the death of three villagers, including an eight-year-old boy.

Another man, who identified himself as Muhammad Abbass, 34, said when they fled the Chowkibal village after shelling intensified, police stopped them at multiple places and they had to return.

“The highway in Kupwara remains blocked due to the COVID-19 lockdown and Trehgam village is a red zone. We had to take a detour and travel extra ten kilometres to reach Trehgam. The highway could have made it easy for us to reach our relative’s home there,” says Abbas. Trehgam is categorized as red zone due to a COVID positive case. The villagers had rushed to Tehgram as the area is considered safer and is away from the radar of Pakistani shells.

“It is really difficult. The shelling can happen again anytime. Who wants to leave the home when there are restrictions and the threats of a disease, but we cannot also sleep in our houses due to the fear,” says a villager from Tumina. 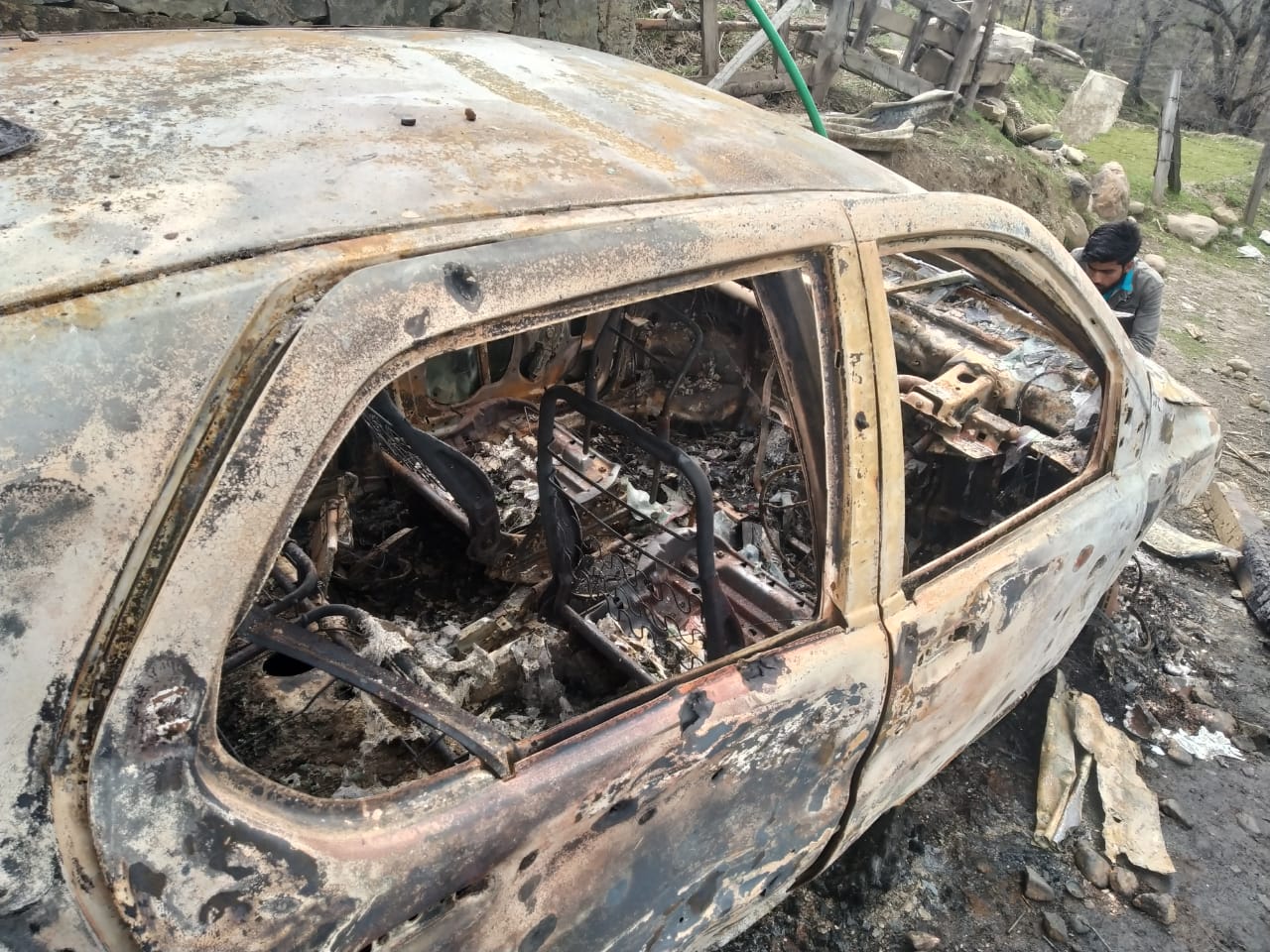 “It was like a war. It was a war. We cannot stay home and we do not want to go out, but we have no option. What will a red zone mean when the shells are raining? We only know what it means to live in such a place," says a local, "the fear of death keeps looming larges."

The residents said most of them are not maintaining any social distance.  “Shells have no boundary they can land anywhere even the people fleeing toward red zones. Our doors and windows are damaged. Our children are fear-stricken. This time our worry is a war-like situation, not the disease,” said another villager.

Of the three people killed in the shelling from across the border, 34-year-old Shameema Begam was one. Her relatives said when the shelling began on Sunday, she came out of her house and tried to move away. However, they say, the shell hit her when she was at the gate of her house killing her instantly. The shells have also damaged her house.

Villagers say the army had earlier moved artillery weapons to an open field, used as a playground, surrounded by over 200 houses in Panzagam and Rawatpora villages. Locals of the area staged a protest against moving the artillery fearing imminent firepower response from the other side in case of the cross-LoC shelling. A video about the villagers protesting against moving of artillery to an open field near the village has gone viral. The Army spokesman was not available for comment.

Sunday’s shelling is seen as part of recent LoC flare-up triggered by the deadly Karen gunfight, which left 5 militants and 5 paratroopers dead.

The Army said unprovoked firing initiated by Pakistan in Keran sector at 5 p.m on Sunday led to the killing of three civilians, including a woman. It said Pakistan targeted civilian population in Kupwara sector near the LoC which led to the killings.

COVID-19 Diagnostic Tests And Hotspots: Here's All You Need To Know