Addressing a press conference here, the government spokesman Rohit Kansal, said the process of issuance of domicile certificates is picking up. 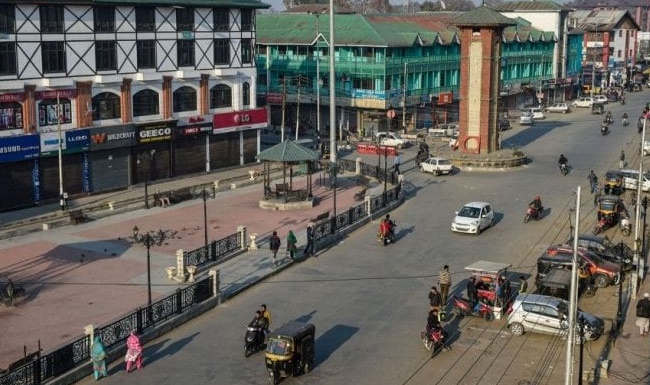 Addressing a press conference here, the government spokesman Rohit Kansal, said the process of issuance of domicile certificates is picking up.

“About 12.5 lakh Domicile Certificates have been issued so far. Over 99% of those issued certificates include erstwhile PRCs or including Kashmiri Pandit migrants. The process of issuance will be further accelerated and the issuance will be monitored to ensure that pendency is brought down to the lowest,” Kansal said.

Kansal said the rules provide a simple and time bound procedure for the issuance of the domicile certificate. He said there are provisions for time bound issuance for certificates including an appellate authority whose orders will be binding.

He said the permanent residents of the erstwhile State of J&K in whose favour Permanent Resident Certificate (PRC) has been issued by the competent authority before October 31, 2019 will be eligible for receiving their domicile certificates on the basis of PRCs alone and no other additional document shall be required for such residents.

He said the government on August 25 made it mandatory to issue the domicile certificates within five working days from the date such application is received by it.

The centre government amid Covid-19 pandemic lockdown notified controversial domicile law in April through an executive order defining domicile of Jammu and Kashmir and eligibility for employment in government jobs. The law evoked condemnation in Kashmir and Jammu.

Under the law, the domiciles have been defined as those who have resided for a period of 15 years in Jammu and Kashmir or have studied for a period of seven years and appeared in Class 10th, 12th examination in an educational institution located in J&K. The domicile law has no time bar indicating anyone appearing in class 10th or 12th in any period of time since 1947 is eligible for the domicile.

The National Conference, the People’s Democratic Party (PDP) and other mainstream parties rejected the J&K grant of domicile Certificate (Procedure) Rules 2020, alleging the domicile law is aimed at changing the demography of the erstwhile State of J&K.”

NC argues that domicile law was made in exercise of power under the J&K Reorganization Act 2019, “which stands challenged in a number of petitions before the Supreme Court” and the government was under an obligation to desist from exercising powers under the impugned Act.

The PDP has been saying the domicile order was aimed at effecting a demographic change of J&K and turn Muslim majority J&K into minority.

No One Should Be Allowed To Interfere In Our Nation's Affairs: Rahul Gandhi On Allegations Against Facebook