This will be the first electoral exercise in the state after the abrogation of Article 370. 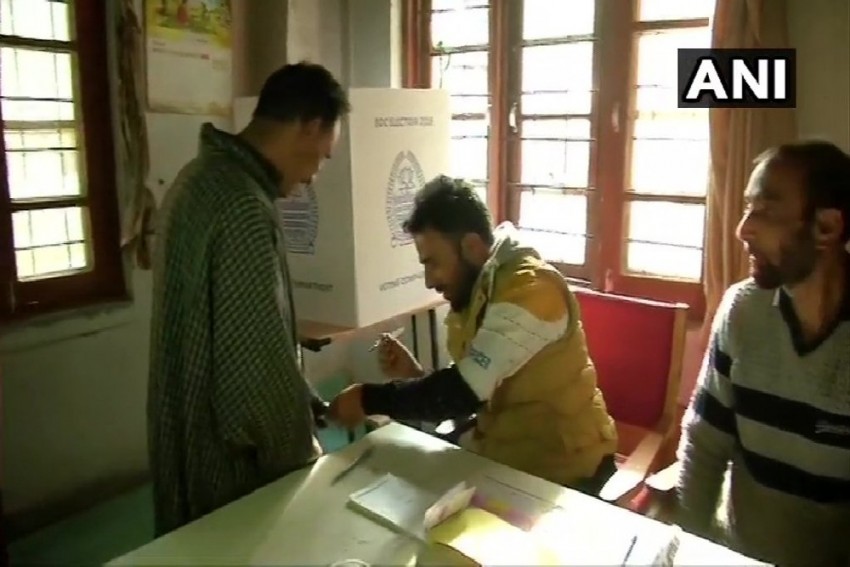 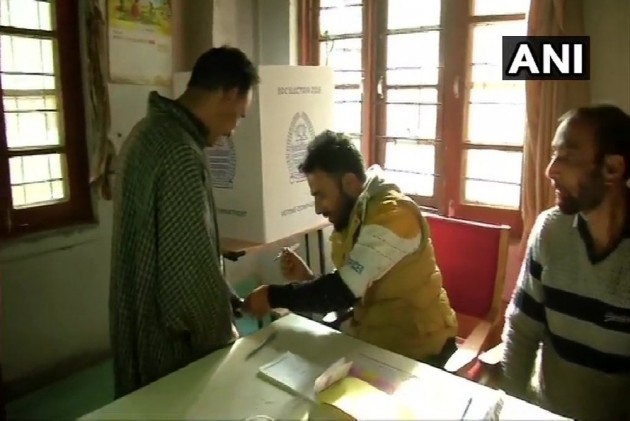 As much as 98.3 per cent polling was recorded in the maiden Block Development Council (BDC) elections held on Thursday in Jammu and Kashmir.

Polling for the Jammu and Kashmir BDC began Thursday morning amid tight security, with major parties like the Congress, National Conference and the PDP boycotting the first electoral exercise after the abrogation of the state's special status under Article 370.

"Out of the 2,703 voters, 2,690 voted in 20 blocks," District Electoral Officer Sushma Chauhan said. Only panch and sarpanch are eligible voters in these elections.

"The polling has started at all the polling stations from 0900 hours this morning. There has been no reports of delay from anywhere," state Chief Electoral Officer Shailender Kumar told PTI.

Polling was held from 9 am-1 pm and the results would be announced later in the day.

Tight security has been put in place at all the polling stations and candidates to ensure peaceful polling. Due care has been taken about the security of panchs and sarpanches who are going to vote for the BDC polls, the officials said.

After the final withdrawal of nomination papers, 1,065 candidates are in fray for the BDC polls across the 22 districts of the state, election officials said.

Twenty-seven candidates have been elected chairpersons in various block developments councils (BDC) of the state unopposed.

There are 316 blocks in the state, out of these two are without elected panches or sarpanches besides, four blocks have been reserved for women. Thus, the elections would be held in 310 blocks, officials said.

Ballot boxes will be used during the polls as the election shall be held through secret ballot, the officials said.