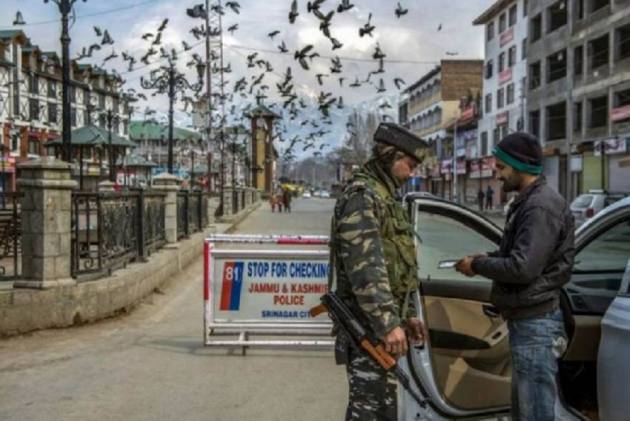 The Jammu and Kashmir Police’s latest circular denying security clearance to those “involved in crimes prejudicial to the security of the State, including stone-pelting” is being hailed by the BJP while the National Conference has described it as a fascist move and a death knell for India's judiciary.

“All the field units of CID SB-Kashmir are hereby directed to ensure that during verification related to passport service and any other verification related to government services, schemes, the subject’s involvement in law and order, stone pelting cases and other crime prejudicial to the security of the State be specifically looked into and same must be corroborated from local police station records,” the new order reads. It asked for collecting digital evidence like CCTV footage, photographs, videos, audio clips and quadcopter images available in the police records, with security forces and various security agencies as references.

“Any subject found involved in any such cases must be denied the security clearances,” the order further stated.

‘This Is The Level Of Normalcy In Kashmir…’: PDP Chief Mehbooba Mufti On Being Denied Passport

Former deputy chief minister and senior BJP leader Kavinder Gupta said the move is a befitting response to teach a lesson to anti-social and anti-national elements.

Gupta says previous governments both at the Centre and in Jammu and Kashmir deliberately gave a long rope to selected anti-national elements in the region so as to satiate their own vested political motives without bothering about the losses which the country and the people of the region incurred due to such complacency.

However, interestingly, it was the PDP-BJP government, which withdrew cases against youths accused of stone pelting in 2017.

National Conference spokesperson Ifra Jan says that with this order the government has erased the distinction between a conviction that involves a free and fair trial, and an executive order. “Is the government now the sole authority to hold people guilty? This is not only fascist, this is a death knell for India's judiciary,” she said.

The order is not unique. In Jammu and Kashmir, the police have a long history of indexing, blacklisting people and denying them passports. J&K Police has been denying clearance to hundreds of people for performing Hajj on account of security clearance. In 2007, there were 60,000 people who had been indexed. After the abrogation of Article 370, the government has put the mainstream politicians on the exit control list and is not allowing them to travel abroad.

Former Jammu and Kashmir CM Mehbooba Mufti was recently denied passport. Sources say most of the mainstream leaders, who were detained at the Sheri Kashmir International Convocation Centre in 2019, after the abrogation of Article 370 including Tavir Ali Mohammad Sagar, Tanvir Sadiq, Shah Faesal, Altaf Kaloo, and others have been put on the exit control list.