'If anything happens to the recordings, it will fall under the destruction of the evidence,' Police said. 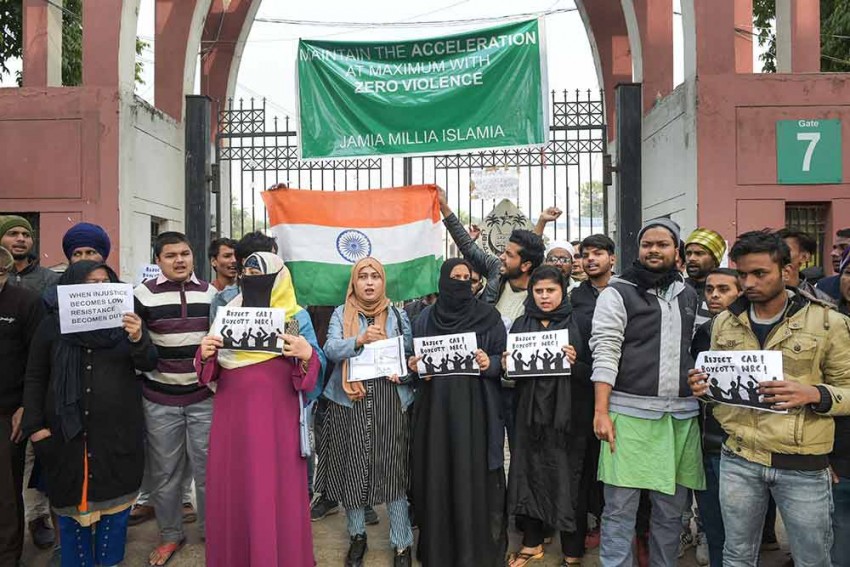 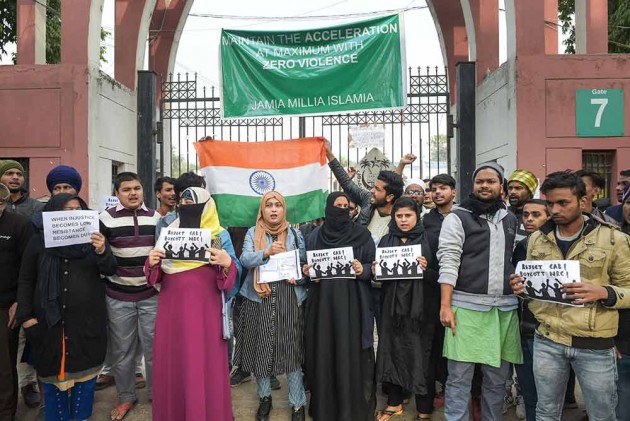 The CCTV footage of the alleged barging-in of police personnel inside the Jamia Millia Islamia campus on December 15 has emerged as a fresh sore point between the university administration and the police.

The CCTV recording of the December 15 incident is yet to be procured by the police, who said they need it for investigation.

A senior police officer claimed that they had asked the university administration to hand over the CCTV footage of the December 15 incident, and the SHO of Jamia Nagar went to the university to procure it.

But the students gathered on the university campus and they did not want that the footage be given to police, he said, adding the administration was also unwilling to hand over the recordings.

The officer returned empty-handed, he said.

"During a meeting with the university administration, they had given in writing to hand over the recording for investigation. If anything happens to the recordings, it will fall under the destruction of the evidence," the officer said.

Jamia Millia Islamia Chief Proctor Waseem Ahmed Khan said, "When police detained the students of Jamia on December 15, they made us sign a letter wherein it was mentioned that the CCTV footage will be provided to police for the investigation. They have asked for the footage and we said that we are thinking about it. A policeman, who was sitting with me, had got up as soon as students arrived."

A call on the handing over the footage will be taken later since the university has requested for a judicial probe in the matter from the HRD Ministry and the National Human Rights Commission is also looking into the matter, he said.