ITBP has also sent to the government the recommendations for awarding gallantry medals to 21 troops posted in Ladakh. 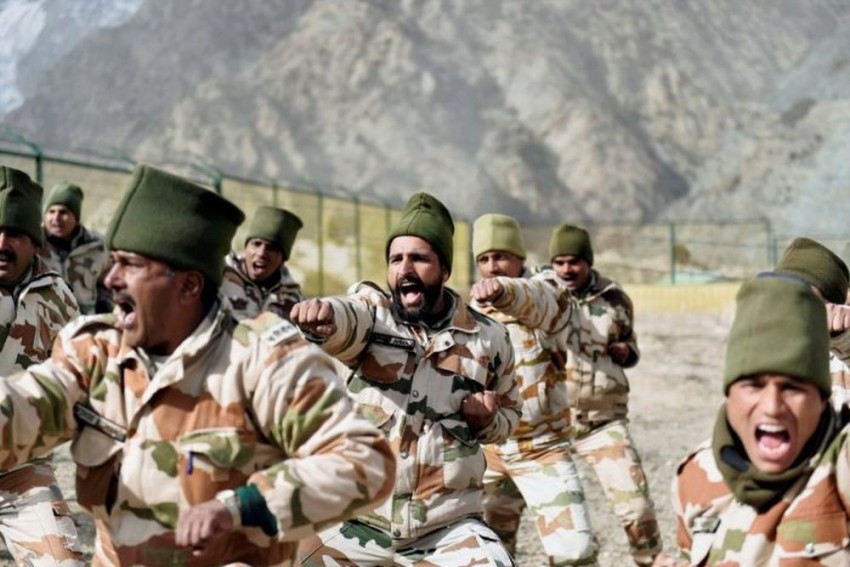 A total of 294 Indo-Tibetan Border Police (ITBP) force personnel has been awarded the Director General (DG) commendation for displaying bravery during recent skirmishes with Chinese troops in Ladakh, the border force said on Friday.

It added that recommendations for awarding gallantry medals to 21 troops posted in this area have been sent to the government.

In its first official account of the standoff between the two militaries, the ITBP revealed how its troops "not only effectively used shield to protect themselves but also responded fiercely to advancing PLA (Chinese People's Liberation Army) troops and brought the situation under control".

“The ITBP has recommended the names of 21 men who faced the Chinese during the face-offs and skirmishes in May-June this year for gallantry," it said.

"Also, 294 personnel have been awarded with the DG’s commendation rolls and insignias by ITBP chief S S Deswal on the eve of the Independence Day," the force said.

It said ITBP troops displayed the highest order of professional skills and “fought shoulder-to-shoulder and also brought the injured Indian Army troops to the rear”.

Twenty Indian soldiers were killed in a violent faceoff with the Chinese troops in the eastern Ladakh area on the intervening night of June 15-16.

While China has accepted that it also suffered causalities during these clashes, it has not given out exact numbers.

The ITBP said its troops "fought the whole night" in the area and they received minimum casualties, while gave a befitting reply to the stone-pelters of the PLA.

"At places, they (ITBP) gave a determined standoff for about 17-20 hours throughout."

"Due to the high-altitude training and manoeuver experience of the force in the Himalayas, the ITBP troops kept PLA troops at bay and due to the all out and befitting response of ITBP jawans at almost all fronts, many areas were safeguarded in the hyper sensitive areas," it said.

The force added that six personnel of the force have also been awarded with the same DG commendation for showing courage in anti-Naxal operations in Chhattisgarh.

Also, among the Independence Day decorations are recommendations for the Home Minister's special operations medal to 358 ITBP and other paramilitary forces personnel for their dedicated services in the fight against the coronavirus pandemic.

"The names of 318 ITBP personnel and 40 other CAPF personnel have been sent for award of Union Home Minister special operations medals for their dedicated services in fight against the COVID-19," it said.

The force is operating over 10,000 -bedded COVID-19 Sardar Patel hospital, the country's largest facility, at the Radha Soami Beas in Delhi’s Chhattarpur that opened on July 5.

It also set up the first coronavirus quarantine facility in the Chhawla area of Delhi in January, besides running the Central Armed Police Forces Referral hospital in Greater Noida.

The about 90,000-personnel strong ITBP is the primarily tasked to guard the 3,488-km long Line of Actual Control (LAC) with China that runs from the Karakoram Pass in Ladakh to Jachep La in Arunachal Pradesh.