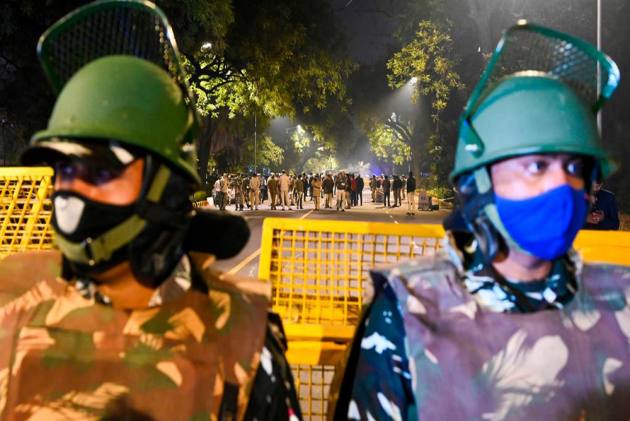 According to sources, the envelope was addressed to embassy officials, but they did not divulge any further details including content of the note. "The envelope has been recovered from the blast site," a source said.

Investigators scanned footage of CCTV cameras installed nearby and spotted a vehicle moving suspiciously near the embassy just before the explosion, sources said.

Delhi Police Additional PRO Anil Mittal said initial impressions suggest that it could be a mischievous attempt to heighten tensions.

Delhi Police chief S N Shrivastava said that the force has registered a case and its Special Cell has started investigating the matter.

The blast took place when President Ram Nath Kovind, Vice President M Venkaiah Naidu and Prime Minister Narendra Modi were present a few kilometres away at the Beating Retreat ceremony at the culmination of the Republic Day celebrations.