Is Rhea Chakraborty Really Guilty? Here’s What These Prominent Voices Have To Say

Several activists whom Outlook spoke to say the media trial against Rhea Chakraborty is uncalled for and that it should be left to the CBI to find out the truth. 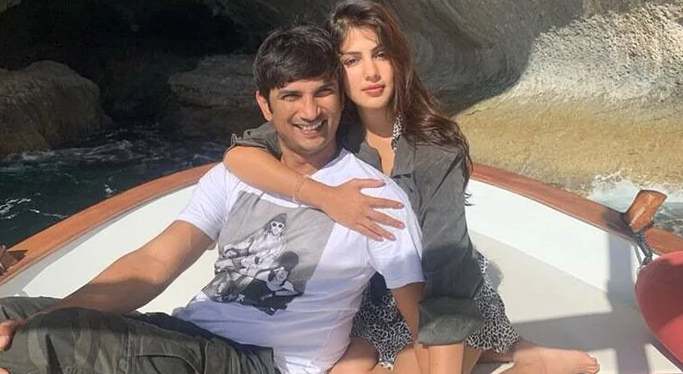 In the Sushant Singh Rajput death case, actress Rhea Chakraborty has taken the centre stage. She has been accused by late actor’s faher of abetting Sushant’s suicde. From media persons ‘camping’ outside her residence and trying to get quotes even from food delivery partners and watchmen to leaking her purported personal WhatsApp chats, Rhea has been constantly under the media lens. But how fair -- or even justified -- is this media trial and the response of the people towards Rhea?

Several activists and other prominent voices whom Outlook spoke to say the media trial against Rhea is uncalled for and that it should be left to the CBI to find out the truth. Excerpts:

“The unnatural death of widely loved actor, Sushant Singh Rajput, has resulted in a lot of questioning and public speculation. However, this cannot translate into a media trial, as has unfortunately happened in the case of Rhea Chakraborty.

"The Supreme Court has evolved the legal principle that if by a plain reading of the FIR, no statutory offence can be made out, then the accused person cannot be held as liable. The foundation of the allegations against Rhea Chakraborty is based on the FIR registered by the Bihar Police which has now been transferred to the CBI. The FIR has accused her of abetting his suicide under Section 306 of the IPC. A plain reading of the allegations reveals that Rhea took money from Sushant and mentally tortured him. This is cited as the reason he committed suicide, although these allegations are unsubstantiated. It is not illegal to spend the income of your live-in partner. In fact, a lot of High Courts have recognised a live-in relationship to have the same legal sanctity as marriage. Sushant transferring money to Rhea out of a place of love and affection cannot be treated as a crime. Even if the allegations are taken in their entirety and solely at their face value, yet no offence is disclosed because it does not fit into the definition of abetment as defined under Section 107 of the Indian Penal Code.

"There is a difference between getting angry and committing suicide vis-a-vis abetment to suicide. For the offence of abetment to take place, there has to be a conscious and clear intention of the accused to prevail over the deceased to commit suicide. If somebody gets annoyed with someone and, therefore, commits suicide, this does not attract the provisions of criminal law. If that were to become the case, anybody and everybody could be labelled as an abettor in a suicide case!

Also Read | 'There Is A Threat To My Life': Rhea Chakraborty On Being Mobbed By Media

"The doctors and forensic reports also state that the cause of death is by hanging and no foul play was involved. As per Section 45 of the Indian Evidence Act, the Court will consider the opinions of these experts in arriving at its conclusions, rather than the conjectures and speculations of conspiracy theorists and trolls.

"Whether Rhea is guilty of abetting Sushant's suicide can only definitively be determined by a court of law. As per the foundational principles of criminal law, she is innocent until proven guilty and her premature indictment by the public is deplorable, to say the least.”

“I have nothing to gain by providing an opinion in the SSR case. All I am saying is that two lies don’t make a truth. Again, all claims and allegations are also not the truth. If there is enough evidence against Rhea, then I think we should leave it to the ED and CBI to find the truth. The issue at hand here, which we must not forget, is to find out if SSR was murdered and there was any foul play. And that’s the real question at hand. We must all stop the speculation and stop acting like experts and provide our own conclusions. This public hysteria is not good and we must allow for a fair probe to take place. We must have some faith in the judiciary. The problem right now, I am feeling, is that we are infantilizing a 34-year-old adult male, an actor and this whole ‘Raja Beta’ effect. Whenever I put out anything in support of Rhea, people have to say how could SSR take drugs? How could he have suffered from any mental health issues because he looked so happy. So, the problem at our hand here is we are not providing a platform or conversation on mental health issues which is quite sad. This could have been a case where India could have learnt and created an awareness about this issue. Instead, we made a complete mockery of the case.

"The entire trial by the media is extremely distasteful, petty and appalling. They are doing a great disservice to the memory of SSR and a mockery of the system of justice. More than anything, they have turned Rhea into a pawn for witch hunt. Honestly, the media has spoilt something that could have been a mature investigation and something that could have led the conversation forward. They have not allowed sane voices to prevail and have picked up social media posts and turned it into major news. I don’t know Rhea personally; all I am saying is that whatever information we have gathered, it does seem to me that Rhea may not have had a hand to play in the issue of the SSR murder or suicide. I agree with her after watching her interview that we are all middle-class people and all we want is respect. I wish that certain media houses, who have been hounding her, must stop that immediately. The way Rhea has been bullied is appalling. Our country can label a woman murderer, a social climber, gold digger, a witch, drug dealer, liar; it will never admit that a man from our society can suffer from a mental health issue. All kinds of accusations can’t be put on a woman just because men who appear rich, powerful, and famous.”

“Every now and then something comes up that demands our attention, mostly it is a story of crime and intrigue. In this case, it’s the story that started in June when the news channels flashed that Sushant Singh Rajput, a young actor in the prime of his career, or may I even say, at the brink of a higher flight in his career has committed suicide. For the last three months, India as a whole has followed the case and slowly the details emerged. Statements given by his girlfriend Rhea Chakraborty, that he was depressed and taking medication, contradictory statements given by his friends on what happened the night of 13th June, whether there was a party or not? What were the ligature marks on his neck when he was found? Where was the money siphoned off to? Then, of course, there is constant feedback from the media regarding what sort of a person he was, and whether he was a personality who would commit suicide, and then the need for a CBI investigation.

"Now yesterday, Rhea Chakraborty has finally come out to give a statement on a media outlet that Sushant Singh Rajput was addicted to expensive imported marijuana and had told her that he was prescribed medication for his fear of flying, to which rubbishing the claims instantly, the media and his ex-girlfriend of nearly seven years posted a video of his flying an aeroplane. Now whether Sushant Singh Rajput was murdered or not is currently under serious investigation, but what does become clear is that the whole issue is murky and not a clear case of a depressed man committing suicide. The circumstances around this case are getting murkier by the day, and if it was simply a case of suicide, it would have been proved as much. What cannot be denied here is that there are new facts constantly coming up, which point towards something more than a suicide. The constant allegations and the refutations do point towards something else that definitely required a thorough investigation.”

"There is no suicide note, so the people associated with Sushant Singh Rajput will definitely need to be in a bracket of suspicion. But I am really appalled by the way the media is reacting and how they are trying to milk this whole thing politically which is extremely shocking. Whether Rhea Chakraborty is guilty or not, we have investigating agencies who are looking into the matter and it is they who will find the truth. Media is just denting somebody. What if she does something similar and what if she breaks down too? There are so many suicides taking place everywhere. Farmers are dying, I wish a similar kind of atmosphere was created when people killed their children and wives and committed suicides because they had no money.

Also Read | Already 'Convicted' By Media, Should Not Be Made 'Scapegoat Of Political Agendas': Rhea Chakraborty To SC

"SSR was a brilliant actor and the circumstances under which he died needs to be investigated. But the media trial with Rhea is not acceptable. How many more Sushant do we need? Making Rhea guilty before the trial has even begun and revealing her personal chats with somebody... there is no reason her personal chats should be made public. Definitely, I will give her the benefit of doubt because the government, the police, because there is an election in Bihar knocking at the door, and they went after her with vengeance without even having any proof against her. Her side of the story is equally important and whether she is lying or speaking the truth is subject to investigation.”

“With my humble experience of more than a decade as a woman activist, someone who thinks of a human first and gender later, I am stunned by this Sushant Singh Rajput case! My initial sympathy rocks towards Sushant Singh Rajput as he was an adorable actor and an ever-smiling human being. Tales of his philanthropic side are also rolling out and I am impressed by his persona. It’s hard to understand what went wrong and why?

"The media is giving non-stop updates of the case and I am glued to the latest developments. Rhea, with a decent upbringing, comes across as an over ambitious girl to me. My gut feeling says she got lured into the world of money glamour and then drugs eventually. Sometimes a quick buck seems like a wise decision. The law will take its own course and karma will take its toll. She will and is getting a fair chance to express her side of the story, though a prime accused never gets exclusive interviews on television. I guess there is more to it than meets the eye.”