Already 'Convicted' By Media, Should Not Be Made 'Scapegoat Of Political Agendas': Rhea Chakraborty To SC

She claimed that the 'sad incident' of Sushant Singh Rajput's death unfortunately occurred just in wake of elections in Bihar and this led to the issue of suicide being isolated and 'blown out of proportion in media.' 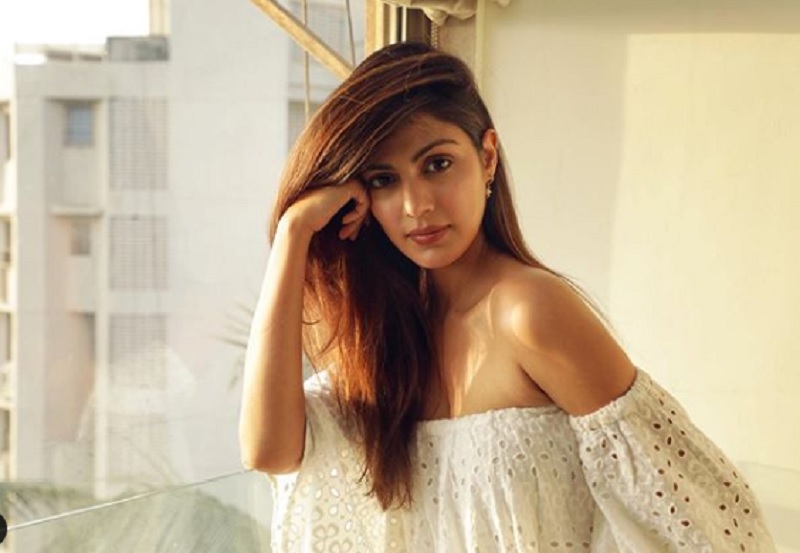 A day before the crucial hearing, actress Rhea Chakraborty Monday told that Supreme Court that she should not be made "scapegoat of political agendas" in the actor Sushant Singh Rajput's death case and alleged that Bihar Chief Minister Nitish Kumar is "reported to be responsible for registration of FIR in Patna" against her.

She claimed that the "sad incident" of Rajput's death unfortunately occurred just in wake of elections in Bihar and this led to the issue of suicide being isolated and "blown out of proportion in media", causing extreme trauma and infringement of privacy of her rights due to the "constant sensationalisation" of this case.

The actress said she has already been "convicted" by the media in the matter even before any foul play has been established.

In an additional affidavit filed in the apex court, Chakraborty said that she has "no objection" if the top court refers the case to CBI by its order and "even if the CBI investigates the matter the jurisdiction will still be with the courts at Mumbai and not at Patna".

The affidavit by the actress which stated that “ruling party in Bihar and Centre is same and the said party is in minority in the state of Maharashtra”, also alleged that the purported transfer of the case to a Patna court and further to the CBI on August 4 is only to render her petition in the apex court infructuous.

It alleged that the transfer of investigation to the CBI by Bihar Police is “illegal and bad in law”.

Chakraborty filed the affidavit in the top court which is seized of her plea seeking transfer of an FIR, lodged against her by Bihar Police in Patna on a complaint by Rajput's father Krishna Kishore Singh, to Mumbai.

In her additional affidavit, she said that two actors --- Ashutosh Bhakre and Sameer Sharma -- were reported to have committed suicide in last one month and "yet no whisper about the same in power corridors."

"In case of death of Sushant Singh Rajput, Chief Minister of Bihar is reported to be responsible for registration of FIR in Patna," the affidavit claimed, adding, "The sad incident of the death of Sushant Singh Rajput who hailed from Bihar unfortunately occurred just in wake of elections in Bihar. This has led to the issue of suicide of deceased being isolated and blown out of proportion."

"The issue is blown out of proportion in media. Media channels are examining and cross-examining all the witnesses in the case. Petitioner (Chakraborty) is already convicted by media even before a foul play in the death of Sushant Singh Rajput is established," it alleged, adding, "Petitioner urges before this court that she should be protected and not be made scapegoat of political agendas".

Referring to a provision of the CrPC, which deals with offence triable where the act is done or consequence ensues, the affidavit said it appeared to have been "misconstrued to usurp jurisdiction in Bihar under political pressure".

It alleged that admittedly, the case registered by the Bihar Police was transferred to CBI for the reasons of ‘sensitivity’ and ‘inter-state ramifications’.

“The concept of sensitivity is alien to criminal jurisprudence. There is not even a remote whisper of any material to support the theory of ‘inter-state ramification’,” it said.

Rajput’s father has accused Chakraborty and others, including her family members, of abetting the actor's suicide. The matter was later transferred to the CBI.

The 34-year-old Bollywood actor was found hanging from the ceiling of his apartment in suburban Bandra in Mumbai on June 14.

She has also said in her affidavit that media had convicted the accused in 2G spectrum allocation case and the Aarushi Talwar case in "similar fashion" but later the accused were found innocent by the courts.

"Investigation into financial scams of thousands of crores by Enforcement Directorate & CBI never see the light of the day and at drop of a hat, cases gets registered even without there being a jurisdiction in the foundational case," it claimed.

Recently, Mumbai Police has filed an affidavit in the apex court opposing a CBI probe into Rajput’s death case and said that it was carrying out an impartial investigation in the matter.

Rajput's father too has filed a reply affidavit before the apex court in which he has defended the Bihar Police action and accused the Mumbai police of negligence.

On July 25, Rajput's father had lodged the complaint at Rajiv Nagar police station in Patna against Chakraborty and six others, including her family members, accusing them of abetting the actor's suicide.

In her plea filed in the apex court, Chakraborty has alleged that Rajput's father has used his “influence” in roping her in the FIR.