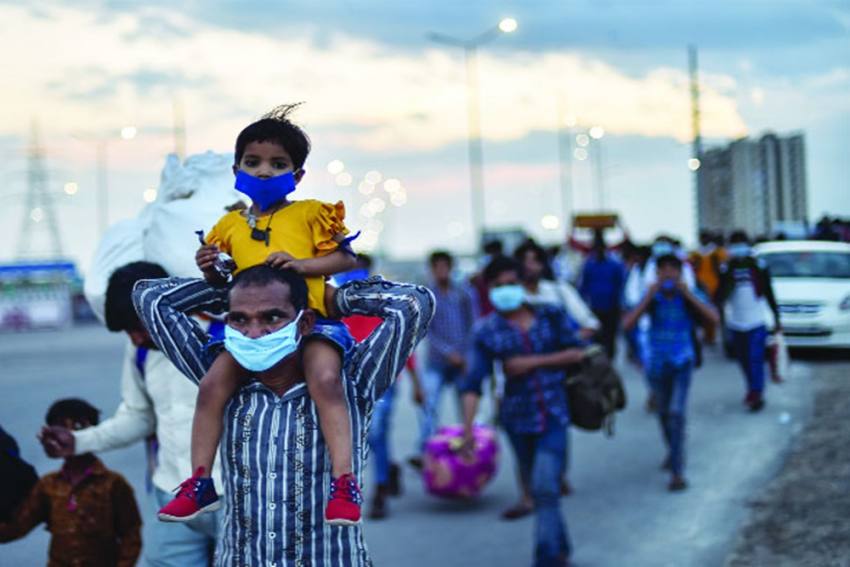 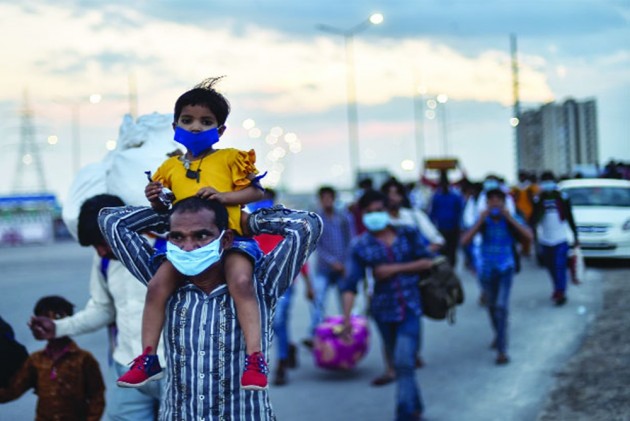 The country is witnessing another wave of migrant workers’ exodus from urban workplaces amidst uncertainties over fresh surge in Covid-19 cases.

Following the announcement of a six-day lockdown in Delhi, panic-stricken workers made a beeline for their passage home. The fears could not be allayed despite an appeal from Lieutenant Governor Anil Baijal, who assured government assistance.

Even Chief Minister Arvind Kejriwal assurance of “Main hoon na (I’m there for you)” while announcing a six-day lockdown could not hold them back.

“The flood of workers returning home is linked to their terrible experience last year in most places during the prolonged lockdown,” alleged Communist Party of India (Marxist) Politbureau member Brinda Karat.

“What started with a week’s lockdown continued for months. With no income, no place to stay, with no guaranteed food they had no alternative,” she added.

The former Member of Rajya Sabha blamed the government for this, “The need of the hour is for the PM to act like a Prime Minister, not a ‘prachar mantri’.”

It is yet to be seen if Prime Minister Narendra Modi’s assurance that lockdown should be the last resort for any government can assuage fears.

However, even when accusing authorities, it is ironic that trade unions marked the centenary of their movement in the country last year.

“We have written to the Prime Minister; we have called upon industry bodies like FICCI, CII, ASSOCHAM, etc. to help in stopping this exodus. A panic is building which is again driving them,” said Bharatiya Mazdoor Sangh (BMS) general secretary Binoy Kumar Sinha.

“This fear and resultant exodus should be addressed immediately for the benefit of both employers and employees. Workers should be counselled at their work centres,” he added.

General secretary of the Left-affiliated Centre of Indian Trade Union (CITU), Tapan Sen said that the situation necessitated the imposition of Disaster Management Act, but “the Act does not mean stopping work at all establishments, especially of essential commodities”.

“The government should ensure wages without any cuts are paid to all workers wherever lockdown or curfew is imposed and they are not able to go to work,” he insisted.

“Authorities should have reiterated that the current situation does not imply that workers will lose their job and their shelter,” Sen added.

The Rashtriya Swayamsevak Sangh (RSS)-affiliated trade union BKS had also proposed that the government form a national register of migrant workers. While there is no official data for the inter-state migrants in the country, estimates are usually based on the 2011 Census, NSSO and economic surveys.

According to Sinha, BKS has asked the government to create jobs at the local level. “We have requested the PM to activate farming and construction work in areas closer to the workers.”

Many workers who returned to their villages during the lockdown in 2020 had enrolled themselves in jobs under MNREGA.

BKS wants MNREGA to be introduced in towns and in other sectors as well.

Said Brinda Karat, “If at that time (2020) cash transfers of a minimum of Rs 7,500 had taken place to all Jan Dhan accounts and free food had been made available, the situation would have been different.”

She wants the amount transferred to all Jan Dhan accounts for the next three months and free foodgrain allocations of a minimum of 35 kg per family.

“If still, they want to leave for home, ensure trains run for them,” added Karat.

Covid-19 Surge: Chandigarh To Go Under Lockdown On Wednesday