Both the pilots of the trainer aircraft ejected safely, said Naval spokesperson. 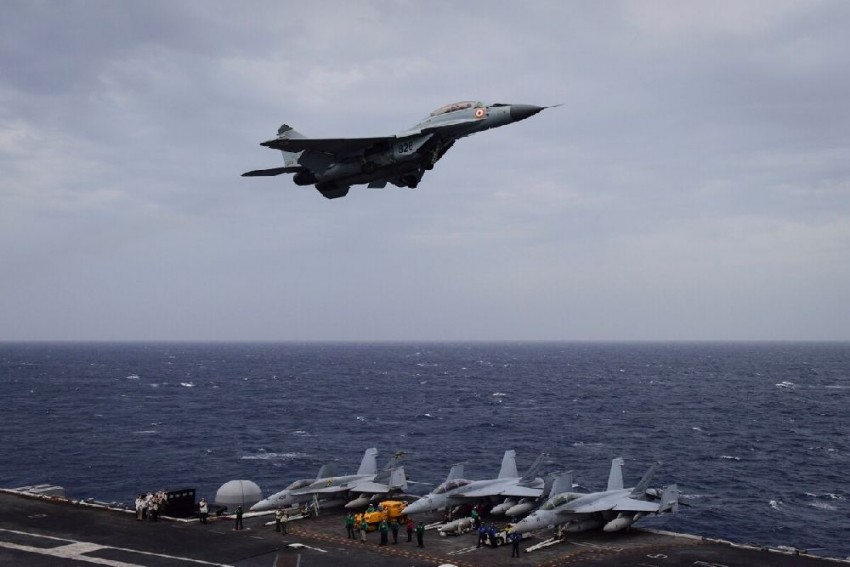 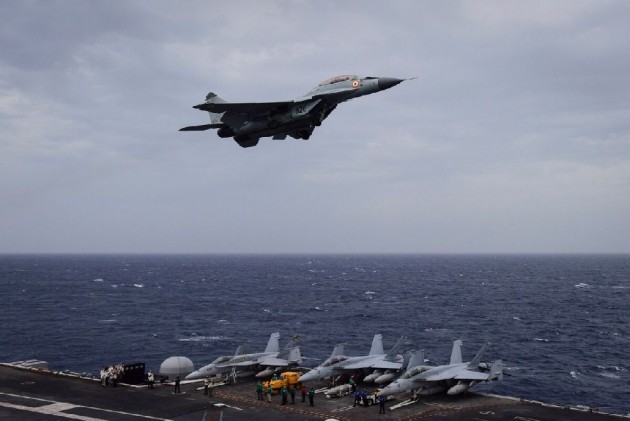 An Indian Navy MIG trainer aircraft crashed outside a village in Goa on Saturday noon, a senior defence official said.

A major tragedy was averted as the pilot pointed the aircraft away from populated areas.

The officer said the aircraft was on a regular training sortie when the incident occurred.

A villager said the aircraft crashed on a rocky plateau on the outskirts of Verna, 15 km from the state capital, around noon.

The wreckage of the aircraft lay strewn in one-km area, he said.

The aircraft is attached to INS Hansa located near Dabolim in Goa.

The pilots were provided first-aid and shifted to a hospital in Vasco.

The Indian Navy and the Goa Police have cordoned off the site of the mishap and are in the process of clearing the wreckage.

"At about noon, a MIG-29K twin-seater aircraft, on a routine training sortie, encountered a flock of birds after take off from the INS Hansa airbase at Dabolim in Goa. The pilot observed that the left engine had flamed out and the right engine had caught fire.

"Attempts to recover the aircraft were unsuccessful due to damage and low height. The pilot, showing the presence of mind, pointed the aircraft away from populated areas and both pilots ejected safely. An enquiry has been instituted by the Navy. Both the pilots are safe. There has been no loss of life or damage to property on the ground," a Defence release said.