India, Russia Condemn Use Of Terrorist Groups For Political Ends, Call For Action Without 'Double Standards' 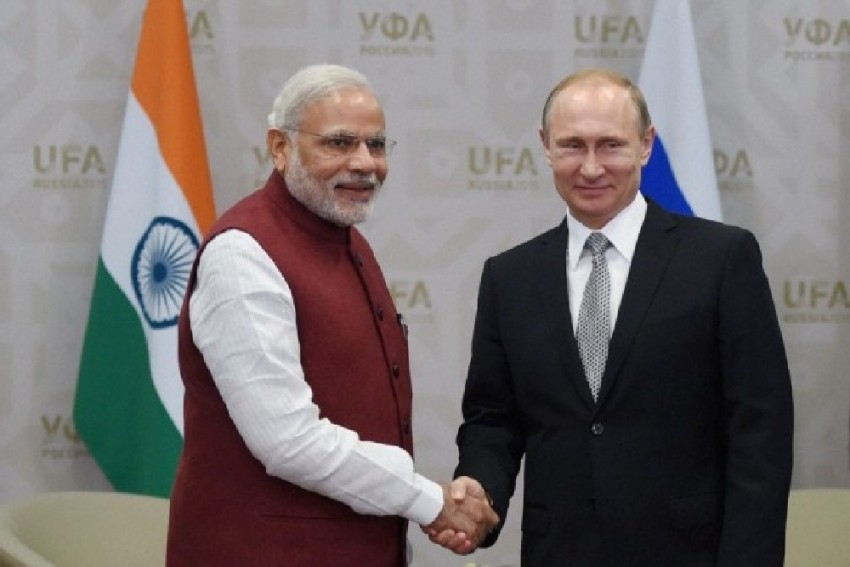 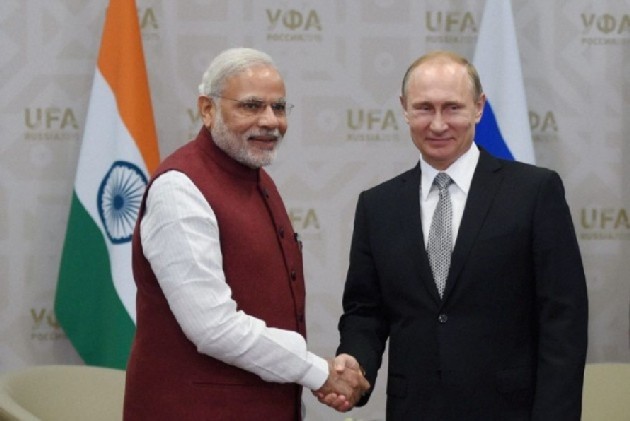 A joint statement issued a day after talks between Prime Minister Narendra Modi and Russian President Vladimir Putin said the two leaders strongly condemned terrorism in all its forms and manifestations and called on the international community to set up a united front to fight against this evil.

The statement in a veiled reference to Pakistan said that the two countries condemn "double standards" in countering terrorism and extremism and "use of terrorist groups for political ends."

"They reaffirmed their commitment to undertake all measures to prevent and combat terrorism," it said.

"They insisted on the inadmissibility of double standards in countering terrorism and extremism, as well as of the use of terrorist groups for political ends," it said.

The statement said both Modi and Putin called for "enhanced coordination of our states' efforts" within the framework of international counter-terrorism cooperation, including by strengthening the fight against the use of information and communication technologies for terrorist purposes.

"They agreed to intensify counter-terrorism cooperation in bilateral and multilateral formats and called for early finalisation of the Comprehensive Convention on International Terrorism (CCIT)," it said.

The CCIT, which was proposed by India at the UN more than two decades back for comprehensively tackling terrorism, remains pending before the world body for the want of consensus on what terrorism connotes.

India and a number of other countries are pushing for its early adoption so that the fight against terrorism could be led by the UN. Recently, India has proposed holding of a global conference against terrorism to bring various nations on one platform to fight the menace affecting the entire world.

"Today, no country is aloof from the shadow of terrorism. India and Russia need to be united in their counter-terrorism efforts," the statement said, adding "Russia noted India's proposal to organize a global anti-terrorism conference."

Modi and Putin emphasized the need to establish a framework for cooperation among BRICS countries in the sphere of security in the use of Information and Communication Technologies.

"Both sides stressed the need to work consistently with a view to increasing the level of inter-state trust and strengthening global and regional stability in all its aspects as a basis for ensuring lasting peace and  security for all," it said.