Home  »  Website  »  National  »  Second Round Of Talks On Kartarpur Corridor Between India, Pakistan Begins At Wagah

Second Round Of Talks On Kartarpur Corridor Between India, Pakistan Begins At Wagah

The Kartarpur Corridor project will allow easy access to Sikh pilgrims from India to Gurdwara Darbar Sahib in Kartarpur in Pakistan, the final resting place of Guru Nanak. 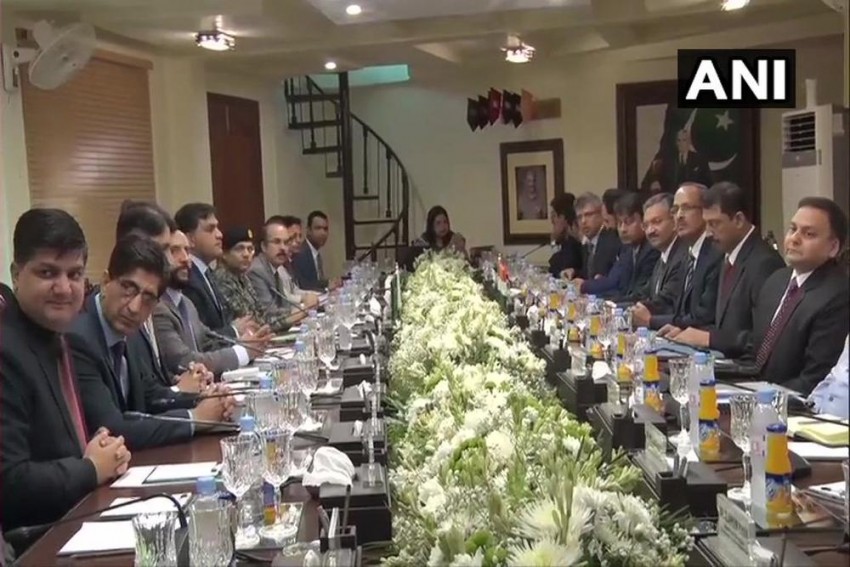 Key issues such as connectivity at Zero Point and the number of pilgrims to be allowed through the Kartarpur corridor will be discussed on Sunday during the meeting of Indian and Pakistani delegates on modalities related to the project, government sources said.

Indian delegation arrived at Wagah border in Pakistan on  Sunday to hold the bilateral meeting with their Pakistani counterparts.

Dr Mohammad Faisal, Spokesperson of Ministry of Foreign Affairs Pakistan, said "Pakistan is fully committed and cooperating to operationalize Kartarpur Corridor. More than 70% of Gurdwara's construction work is completed. We hope to have a productive discussion today."

India will also flag its concerns over the security aspect. New Delhi had earlier conveyed its strong concerns to Pakistan over the presence of a leading Khalistani separatist in a committee appointed by Islamabad on the project.

Matters related to the modalities of the corridor, who can use the corridor and its facilities, will be discussed.

#WATCH Indian delegation arrives at Wagah border in Pakistan, to hold bilateral meeting with their Pakistani counterparts on #KartarpurCorridor. pic.twitter.com/PaCuKDMvZf

Besides this, the documents required for the movement of pilgrims, the number of people to be allowed would be on the meeting agenda, sources said.

They would also discuss the issue of connectivity at the Zero Point, they added.

Sources here said India has high expectations from the upcoming meeting and hoped that issues like connectivity at the Zero point and visit of a large number of pilgrims on the special occasions will be discussed thoroughly.

The project will allow easy access to Sikh pilgrims from India to Gurdwara Darbar Sahib in Kartarpur in Pakistan, the final resting place of Guru Nanak.

The sources said the work on a four-lane highway on the Indian side is in full swing.

Officials said the work on the four-lane highway should be completed by September.

The sources said India is constructing a bridge at the Zero Point and has urged Pakistan to build a similar bridge on its side that will provide safe and secure movement of the pilgrims and address concerns regarding flooding.

The bridge is over a creek, of which the majority part falls in Pakistan.

Pakistan said it would build a mud-filled embankment, a move which would not only lead to flooding in areas on the Indian side but also pose a threat to the structure of the Indian bridge, the sources added.

The creek floods during the monsoon when the Ravi river swells.

Another proposal put forth by Pakistan was to build a causeway, the sources said, adding that it was unacceptable to India as it would not provide an all-weather road.

They said the construction work at the site of passenger terminal complex at Dera Baba Nanak in India is on full swing.

The work has been planned to be completed by October 31 before the commemoration of 550th birth anniversary of Guru Nanak in November.

Two days later, the Pakistani prime minister laid the foundation stone of the corridor in Narowal, around 125 km from Lahore.

One Of The Cleanest Places: Omar Abdullah Mocks Swacch Bharat Drive At Parliament