Home  »  Website  »  National  »  India No Country For Elephants, Either In The Wild Or In Captivity

India No Country For Elephants, Either In The Wild Or In Captivity

The cruel killing of an elephant with crackers in Kerala shocked everyone. But hundreds of elephants meet a similar brutal end in India. 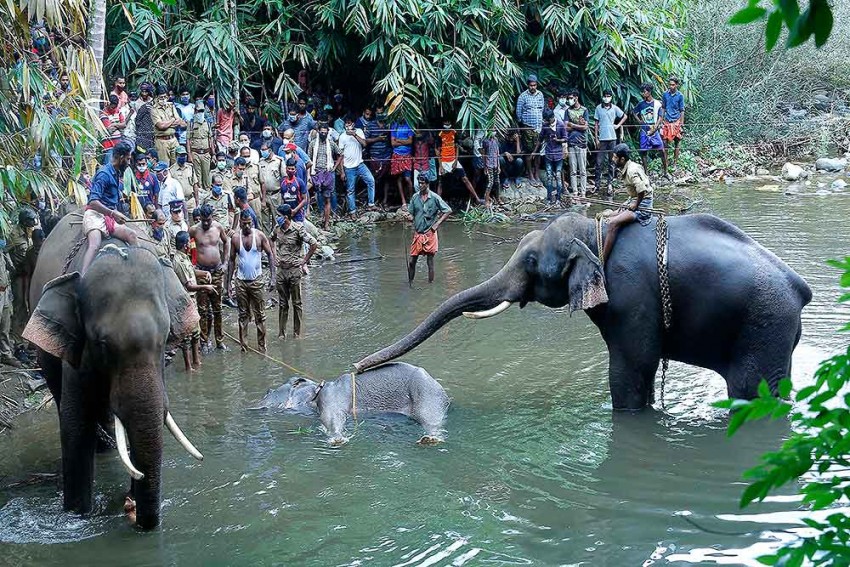 This photo show elephants standing by a 15-year-old pregnant wild elephant who died after suffering injuries, in Velliyar River, Palakkad district of Kerala state.
AP Photo
Salik Ahmad June 06, 2020 00:00 IST India No Country For Elephants, Either In The Wild Or In Captivity 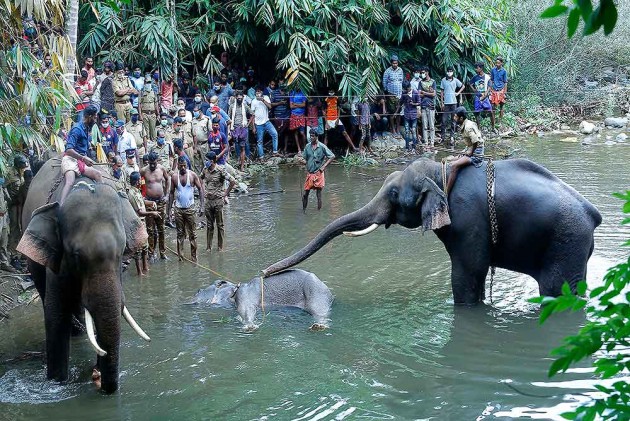 The outrage over the past week has been immense after the death of a pregnant elephant in Kerala’s Palakkad left the country bereaved. But in the same week, two more elephants would have died somewhere else in the country, perhaps the deaths as painful. The government data says that an average of 102 elephants died unnatural deaths every year between 2014 and 2019. Also, these figures are extremely conservative and the actual number could be several times higher.

Elephants are very emotional animals. When an elephant calf is born, it’s a moment of great joy for the whole herd and all elephants come to greet the mother and newborn. When a male elephant reaches the reproductive age, it is pushed away from the herd – biologists say the matriarchs in the herd do it to avoid inbreeding – they become very sad for a long time. The elephant society is one of the most evolved societies in nature.

What we have been doing to these animals would qualify as cruel at best and criminal at worst. To jog the public memory, a train mowed down five elephants in Assam’s Hojai in February 2018. The same year, seven elephants were electrocuted by a low hanging high-tension wire in Odisha’s Dhenkanal. As per data compiled by Wildlife Society of Odisha (WSO), an average of 73 elephants were killed in accidents every year in the past decade in Odisha alone! (Contrast this with the paltry government figures for the entire country).

“Elephants are large-ranging animals,” says WSO’s Biswajit Mohanty, “and they travel hundreds of kilometres, from one forest to the other for food. They have fixed corridors for the movement. Now when railway lines, roads, canals, high-tension wires, and quarries violate their habitats and disrupt their corridors, what will the stressed animal do?” They have little choice but to venture into villages and raid farms, thereby leading to man-animal conflicts. Elephants have killed more than 2300 humans in the period between 2014 and 2019.

Several researches suggest that elephants, too, experience Post-Traumatic Stress Disorder (PTSD) like humans, and tend to become depressed, aggressive, and show mood disorders in the wake of trauma. “When elephants lose their homes and families, are subjected to mass killing, and are captured and incarcerated in zoos, they breakdown mentally and culturally and exhibit symptoms found in human prisoners and victims of genocide,” said GA Bradshaw, an animal psychologist who was the first to identify PTSD in elephants, in an interview to Scientific American in 2017.

The destruction of elephant habitats and corridors remains one of the chief reasons leading to elephant deaths. But who is to be blamed? The government, largely. The ministry of environment last year gave clearance for mining in 170,000 hectares of dense and pristine Hasdeo Arand forests in Chhattisgarh. They include important elephant corridors. Only two weeks ago, the National Board of Wildlife allowed Coal India Limited to conduct open cast mining in additional 41 hectares of the Dehing Patkai Elephant Reserve in Assam. An RTI query had revealed that the company was already mining parts of the area. These are only some of the cases.

While elephants in the wild (about 27,000) face these disruptions, what their fellows in captivity face is beyond cruelty. Experts peg the figure of captive elephants in India between 2600 and 3000. They are kept in temples as they add to the prestige, used in forts for tourist rides, and even in wedding processions.

To subdue and train the young elephants, the mahouts subject them to great pain. “They are repeatedly hit on their sensitive parts such as the ear, those near the eye, the cuticles, etc. So much pain is inflicted that the elephant forgets it is an elephant,” Shivam Rai, an education officer at an elephant hospital in Mathura, had told Outlook earlier. The elephants are also jabbed with pointed iron rods or hit with spiked chains, causing abscess at times.

Long walks on hot and hard surfaces, in places such as Rajasthan and Punjab that are climatically unkind to the elephant, lead to cracks in their feet and often deformities in the absence of treatment. The situation of tuskers is no better in temples, where they are used by their handlers to earn tips from devotees. While the mahouts are themselves trying to seek a barebones living, they are forced to expose the elephants to visitors for long hours. Often, enraged elephants kill mahouts.

But how does this happen when the Wildlife Protection Act, 1972 gives these animals the highest protection? The ownership certificates, initially permitted by the Act to those already in possession of elephants, have continued owing to poor enforcement of the law. The authorities often do not do due diligence in verifying the origins of an elephant calf and issue new certificates, which has even led to trafficking of sorts.

“At times, young elephants are caught from the wild in north-eastern states and sent to temples in Karnataka, Kerala, Tamil Nadu and Gujarat. Officially, the owners claim they are unable to take care of the elephants and are therefore giving them away as gifts. Now something obviously does not seem right here,” says Suparna Ganguly, co-founder of Wildlife Research and Rehabilitation Centre, Bangalore. In temple festivals, an elephant parade earns the owner lakhs of rupees.

"Why should an elephant be privately owned at all?" asks Ganguly, who has worked on captive elephants for over ten years. “If they are to be in captivity, they must be with the government, which has the expertise and the infrastructure to handle them. It’s a shame that elephants are being used for commercial activity.”