Indian Foreign Minister S Jaishankar and his French counterpart Jean-Yves Le Drian had a meeting on phone in which both the leaders decided to build their ties on ‘political trust’. 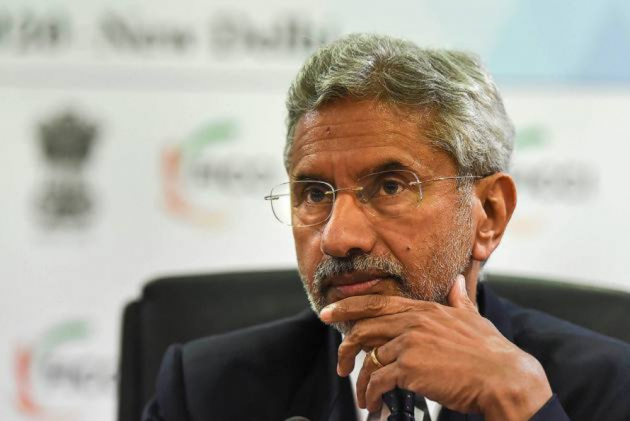 India and France have agreed to work on a common programme of “concrete actions” to jointly defend a multilateral international order.

After a phone conversation between Indian Foreign Minister S Jaishankar and his French counterpart Jean-Yves Le Drian, the French foreign ministry said the two ministers also decided to deepen their strategic partnership based on a relationship of "political trust" between the two "great sovereign nations" of the Indo-Pacific.

"Discussed recent developments in the Indo-Pacific and Afghanistan with my friend FM @JY_LeDria. Looking forward to our New York meeting," Jaishankar tweeted.

Discussed recent developments in the Indo-Pacific and Afghanistan with my friend FM @JY_LeDrian .Looking forward to our New York meeting.

The conversation between the two foreign ministers came a day after France recalled its ambassadors to the United States and Australia in protest against a trilateral security alliance among the US and the UK and Australia.

The alliance resulted in France effectively losing a multi-billion dollar deal to build 12 conventional submarines for Australia. France is also upset over its exclusion from the alliance.

India is yet to react to the formation of the trilateral security partnership.

"The two ministers decided to deepen their strategic partnership, based on a relationship of political trust between two great sovereign nations of the Indo-Pacific," the French foreign ministry said in a statement.

It said they also discussed the situation in Afghanistan, which is "deteriorating".

"The two ministers agreed to meet again in New York next week, on the sidelines of the United Nations General Assembly, to work on a common program of concrete actions to jointly defend a truly multilateral international order," the ministry said.

The AUKUS (Australia, the UK and the US) partnership was unveiled by US President Joe Biden, Australian Prime Minister Scott Morrison and British PM Boris Johnson on Thursday.

In a statement, Le Drian on Fridays said he was recalling French ambassadors to the US and Australia for consultations following a request by President Emmanuel Macron.

"This exceptional decision is justified by the exceptional gravity of the announcements made on 15th September by Australia and the United States," the French foreign ministers said.

"The cancellation of the attack class submarine program binding Australia and France since 2016, and the announcement of a new partnership with the United States meant to launch studies on a possible future cooperation on nuclear-powered submarines, constitute unacceptable behaviour between allies and partners," he said.(With PTI inputs)