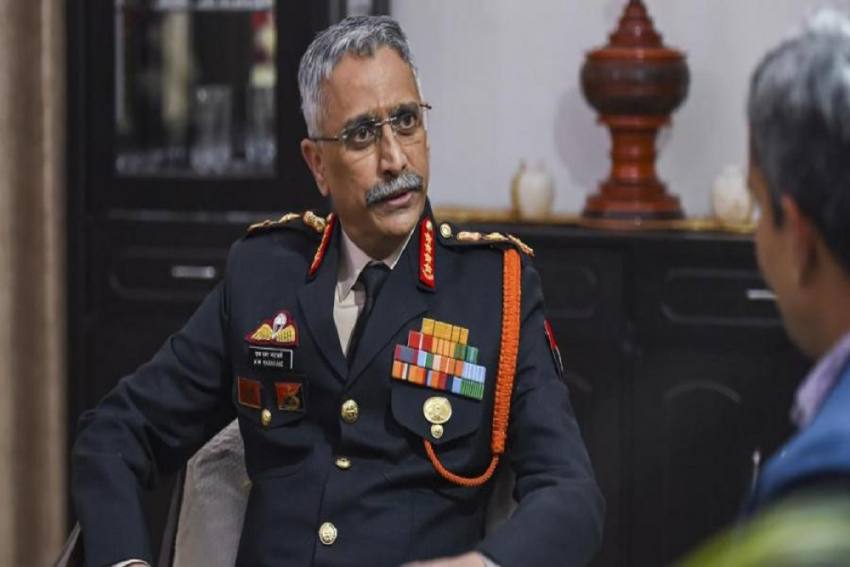 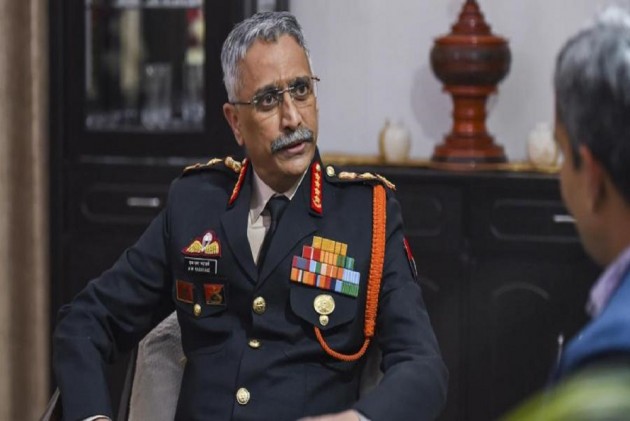 The Army said Gen. Naravane visited the forward areas including Rechin La and undertook a first-hand assessment of the situation along the Line of Actual Control(LAC) in Ladakh.

Nearly 50,000 troops of the Indian Army are deployed in a high state of combat readiness in various mountainous locations in eastern Ladakh in sub-zero temperatures. China has also deployed an equal number of troops, according to officials.

Lt Gen PGK Menon, the commander of the Leh-based 14 Corps, popularly known as ''Fire and Fury'' Corps, briefed the Army chief on various aspects of the situation in eastern Ladakh.

Sources said Gen Naravane reached Ladakh at 8:30 am on a day-long visit with an aim to review the ground situation in the region that is experiencing harsh winter.

"General MM Naravane #COAS visited forward areas of #FireandFury Corps including Rechin La and undertook a first-hand assessment of the situation along the LAC. He was briefed by #GOC #FireandFury Corps and other local commanders on the operational preparedness of our forces," the Army tweeted.

The Army said Gen Naravane interacted with the troops deployed in forward areas and exhorted them to continue working with the same "zeal and enthusiasm".

He also distributed sweets and cakes ahead of Christmas.

Around three-and-half months ago, Indian troops had occupied a number of strategic heights in the Mukhpari, Rechin La and Magar hill areas around the southern bank of the Pangong lake in eastern Ladakh after the Chinese People's Liberation Army(PLA) attempted to intimidate them in the area on the intervening night of August 29 and 30.

"General MM Naravane #COAS undertook on the spot inspection of the state of #habitat of troops on the forward line of defences at #RechinLa. He appreciated the efforts made by the formation to make troops comfortable along the #LAC," the Army said in another tweet.

It said the Army chief also visited the forward base of Tara and interacted with the local commanders and troops. He appreciated their high morale and state of readiness.

The military face-off erupted on May 5 following violent clashes between the Indian Army and the PLA in the Pangong lake area. The clashes were followed by a similar incident in north Sikkim on May 9.

Last week, India and China held another round of diplomatic talks during which they agreed to continue work towards ensuring complete disengagement of troops in all friction points along the LAC in eastern Ladakh at the "earliest".

It was agreed at the talks that the next round of military dialogue should be held at an early date so that both sides can work towards an early and complete disengagement of troops in accordance with the existing bilateral agreements and protocols.

India and China have held several rounds of diplomatic and military talks in the last few months to resolve the standoff. However, no concrete breakthrough has been achieved so far.