Deputy Inspector General of BSF Brajesh Kumar said that already two meetings were held between the nodal officers of BSF and BGB but the issue remained inconclusive. 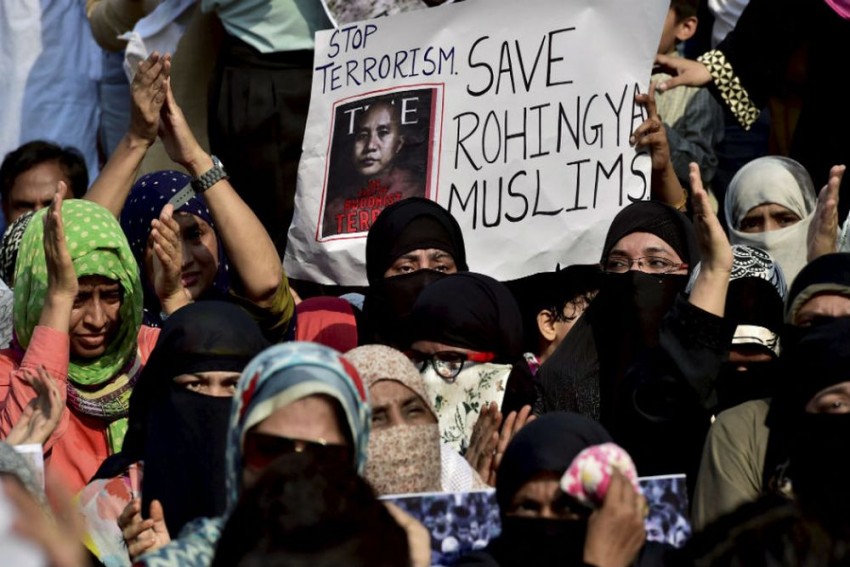 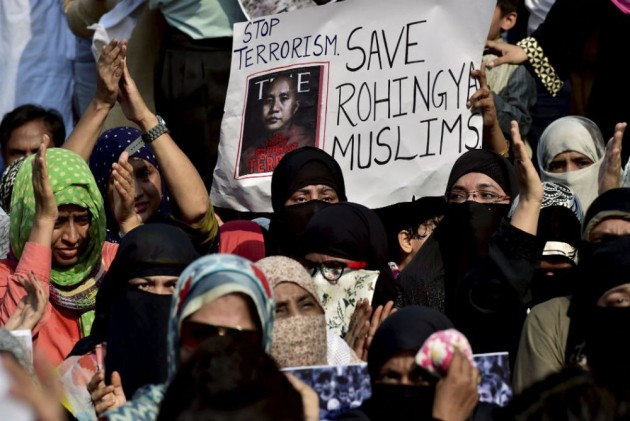 As 31 stranded Rohingya Muslims remain stuck for the past 2 days at the zero line on Tripura frontier, the border guards of India and Bangladesh are likely to hold a meeting on Monday.

"A meeting between the sector commanders of BSF (Border Security Force) and BGB (Border Guards Bangladesh) is likely to be held tomorrow (Monday) over the 31 Rohingya Muslims," Deputy Inspector General of BSF Brajesh Kumar told the media late on Sunday.

The BSF has been providing food to the six male, nine women and 16 children on humanitarian ground.

Kumar said that already two meetings were held between the nodal officers of BSF and BGB but the issue remained inconclusive.

According to him, the Rohingyas were now staying behind the India-Bangladesh fencing at Rayermura (under Amtali police station in Sepahijala District), about 20 km south of Agartala.

The Bangladeshi media said that the BGB Commanding Officer, who is the commandant of 25 Battalion of the BGB, has alleged that the BSF have been pushing Rohingyas into Bangladeshi territory.

The BSF on Saturday had strongly refuted "unfounded allegation" claimed by BGB that the BSF have been pushing Rohingyas into Bangladeshi territory.

"On Friday night, BGB's Lt Col Gomal Kabir informed BSF Commandant Ratnesh Kumar over phone that they have detained the 31 Rohingyas along the International Border. The BGB insisted with the BSF to take them inside the India-Bangladesh Border Fencing," the BSF release had said.

"BSF commandant firmly denied any such attempt and refuted the allegation as published in Bangladesh media," the release added.

It also said that during the search of the area and spot verification, there were no signs of any illegal crossing of Rohingyas from the Indian territory to Bangladesh.

Another senior BSF official said that during the past one year, 62 Rohingya Muslims had entered India (Tripura and a few other northeastern states) via Bangladesh in search of jobs and temporary works.

However, they were pushed back following legal and security formalities.

Over 700,000 Rohingyas have fled Myanmar's Rakhine state since August 2017 after a wave of persecution and violence that the UN described as an attempt at "ethnic cleansing". Efforts are on to repatriate them.

Tripura shares an 856-km border with Bangladesh, most of which is fenced except a stretch of nearly 20 km.