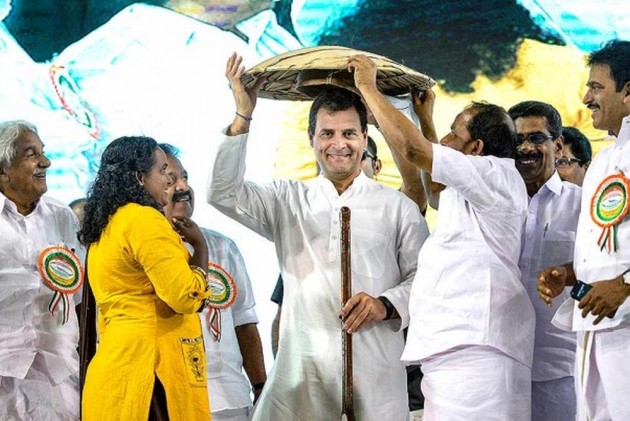 The possibility of Congress president Rahul Gandhi contesting the Lok Sabha elections from Wayanad in Kerala has raised high hopes amongst the people in this predominantly tribal district struggling to survive, by triple onslaught on their economy—following fall in tourism, demonetisation and the encounter early this month of a Maoist leader.

As expected, the discussion among the residents of this constituency is--will Gandhi help in transforming the economy of Wayanad? Local editions of major media houses for the last few days have ensured that the news of Gandhi’s possible candidature stays on top fold.

According to the National Institution for Transforming India, also called NITI Aayog, Wayanad was the only district from Kerala in the list of 115 backward districts of India.

Rahul Gandhi's Foray Into Kerala A Twist In The Tale

“It is positive news for the district, but people are not sure if Gandhi will use Wayanad, just as a safe seat or really serve it? What if he decides to contest from Amethi too and decides to retain it if he wins from both the places?,” says Manoj.M an anthropologist who has been working amongst the tribes in Wayanad for last few years.

But the district level Congress leaders are already using this development to pull crowds at their meetings in other districts of Kerala. “We are looking at a clean sweep in Kerala, if he finally decides to contest from Wayanad,” T Siddique, the Kozhikode District Congress Committee president told Outlook. He was the original candidate to contest from the Wayanad constituency but has backed out and has proposed the name of Gandhi.

A cross-section of the youth and women Outlook spoke to in this lush green district feel that if he contests from their constituency and goes on to become the Prime Minister, he could revive tourism and food processing and brighten their chances of jobs here. “Rahul Gandhi has always supported women empowerment; he has also shown that he does what he promises. It is certainly a positive for women and 70 per cent women in Wayanad work in tea plantation and need a lot of support,” says Dr Khadeeja Shanavas, a dentist in Kalpetta municipality of Wayanad.

The people here are also hoping that the district could get an international airport and a long-pending demand for a government medical college if Gandhi wins from here.

“I have not seen this kind of excitement among the public in my years of journalism in Wayanad,” says A K Srijith, the local reporter from a leading publication in the state.

K E Varghese, who has been a resident of Wayanad for last 30 years in tea plantation estate, says, British came to Wayanad in search of gold and mica. They found it in the belt of ‘Wentworth’ range of hills that extended to Nilagiri in Tamil Nadu and ranges of Karnataka. But it was not economically unviable, so they converted the hills in Wayanad initially for coffee plantation and then to tea. It helped boost the job availability and the economy of the district.

Kerala Congress is keen to show the party president the huge political benefit, his candidature from Wayanad will accrue to the party not just in Kerala but the whole of the south. Especially, since it is betting heavily on Rahul Gandhi, to revive the fortunes of this grand old party.