On Thursday, the Valley once again witnessed a shutdown and stone-pelting, a day after Union Home Minister Amit Shah told the Parliament that the situation in Jammu and Kashmir was normal. 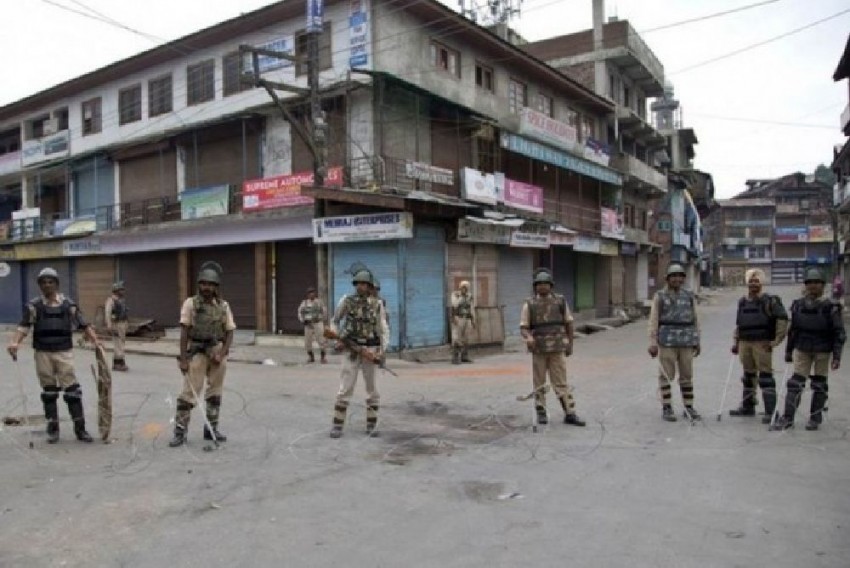 In this file photo, security personnel stand guard during restrictions in Srinagar, Jammu and Kashmir.
Naseer Ganai 2019-11-22T20:16:04+05:30 In First After Article 370's Abrogation, Govt To Send Officers To 4300 Halqa Panchayats In J&K 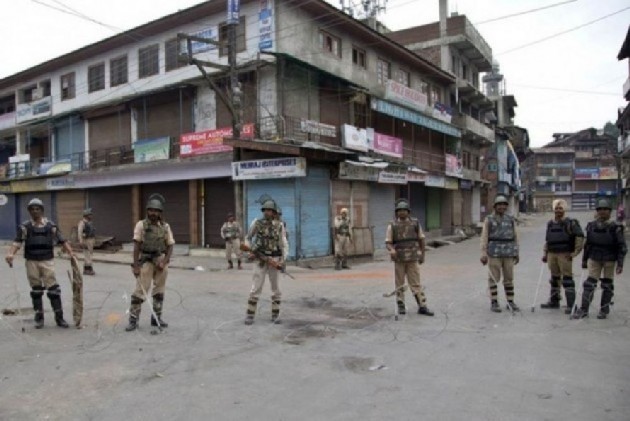 Over a hundred days after the Centre stripped Jammu and Kashmir of its special status, the government will send officers to villages in the Valley. It is expected to test the waters in as many as 4300 halqa panchayats of the newly formed union territory between November 25 and 30, 2019.

Senior police officials, requesting anonymity, said they won't take any chances with the security of the officials who will be going to villages.

On Thursday, the Valley once again witnessed a shutdown and stone-pelting, a day after Union Home Minister Amit Shah told the Parliament that the situation in Jammu and Kashmir was normal. In June this year, the government's first back-to-village programme had elicited a positive response from the people.

On the other hand, a group of concerned citizens (CGC) comprising former Union Minister Yashwant Singh, former chief information commissioner of India Wajahat Habibullah, journalist Bharat Bushan and civil society activist Kapil Kak, currently on a visit to the Valley, on Friday described the situation as “far from normal.”

In September this year, Yashwant Singh was deported from Srinagar Airport when he tried going the Valley, which was under communication blockade and security lockdown.

"Kashmir picture presented in the Parliament is averse to the real situation,” Singh told reporters. He said they will try to meet detained political leaders, including Dr Farooq Abdullah, Mehbooba Mufti, Omar Abdullah. He said they will seek permission from the government before meeting them.

According to an official spokesman, Chief Secretary, B V R Subrahmanyam has chaired a video conference with Deputy Commissioners (DCs) to review the preparations for the second phase of the back-to-village programme across 4300 panchayat halqas of Jammu and Kashmir.

According to the spokesman, each officer will be assigned a gram panchayat by the DCs, where s/he will stay for at least two days, including a night in the village. “DCs will also be staying for the night in a Panchayat Halqa along with the visiting officers,” the government spokesman said.

The spokesman says Lieutenant Governor, Advisors, Chief Secretary and other senior officers will be visiting various Panchayats in both Kashmir and Jammu Divisions between November 25 to November 30.

The government spokesman says the objective of the programme is to carry forward the initiative of equitable development of Panchayats and further citizens’ interface with the government. “It will focus on the assessment of the institutionalization of Panchayati Raj Institutions (PRIs) at the grassroots level. It will assess the progress of resolution of priority issues of a Panchayat for which Rs 5 Crore has been released to each District.

"It will also focus on the impact of various flagship programmes and welfare schemes which will help the government to come up with specific interventions to make the village life further qualitative in terms of improved amenities and facilities,” the spokesman said.

The Chief Secretary, the government spokesperson added, has directed DCs to hold press briefings regarding the back-to-village programme on November 21 and November 22, 2019, and launch massive awareness drives across all panchayats for robust participation of the public.

“He directed DCs to hold meetings with line departments to discuss follow up of the first phase of the Back to Village programme and about the implementation of its second phase. He asked DCs to ensure that District Control Room is made fully functional before kick-starting of the programme,” the spokesperson added.