‘If We Can Have Doorstep Delivery Of Burgers, Why Not Ration,’ Kejriwal Asks Centre

Delhi CM Arvind Kejriwal has urged PM Modi to allow the Delhi government to implement its doorstep ration scheme, stating that such a move will help contain Covid-19 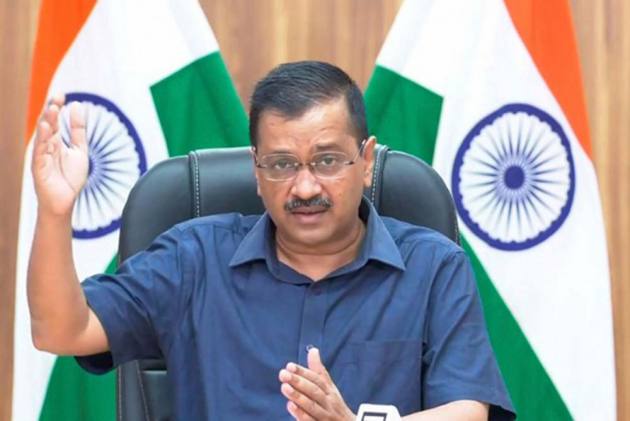 Accusing the Centre of stalling the Delhi government’s doorstep ration scheme, Chief Minister Arvind Kejriwal on Sunday appealed to Prime Minister Narendra Modi to permit the implementation of the scheme.

"If pizza, burgers, smartphones and clothes can be delivered at home, then why can't ration be delivered at their doorstep," Kejriwal asked while adding that such a scheme should be implement across the country.

He further said that the scheme will be crucial in ensuring that ration shops don’t act as super spreaders of Covid-19.

His comments come in the backdrop of numerous states and Union Territories deciding to lift their Covid-induced restrictions in a phased manner amid a decline in the number of national Covid infections.

The Delhi government also announced a slew of relaxations, which will come into effect from tomorrow. These include partial opening of offices, resumption of metro services and the opening of malls and markers on an odd-even basis.

Amid these developments, Kejriwal on Sunday alleged that the Centre was fighting with everyone, including West Bengal Chief Minister Mamata Banerjee, Maharashtra, Delhi and Jharkhand governments, farmers and the people of Lakhsadweep.

"People are distressed that the central government is fighting everyone. If we fight like this, how will we tackle Covid-19,” the chief minister said in an online briefing.

"The Delhi government did not require the Centre's approval for the implementation of the delivery scheme, but it sought permission five times to avoid any dispute," Kejriwal said.

The Delhi government on Saturday had claimed the doorstep delivery of ration scheme was rejected by the Lt governor saying the Centre's approval was not sought and that a litigation was pending in the high court regarding it.

He said the scheme would have finished the powerful ration mafia in Delhi.

"If you stand with the ration mafia, who will stand with the poor people" the chief minister said, adding that the scheme was intended to benefit 72 lakh people in the national capital.