Modi inaugurated the corridor and flagged off the first batch of over 500 Indian pilgrims who will travel to the Gurdwara Darbar Sahib in Narowal district of Pakistan's Punjab province through the Kartarpur corridor, being thrown open days ahead of the 550th birth anniversary of Guru Nanak Dev on November 12. 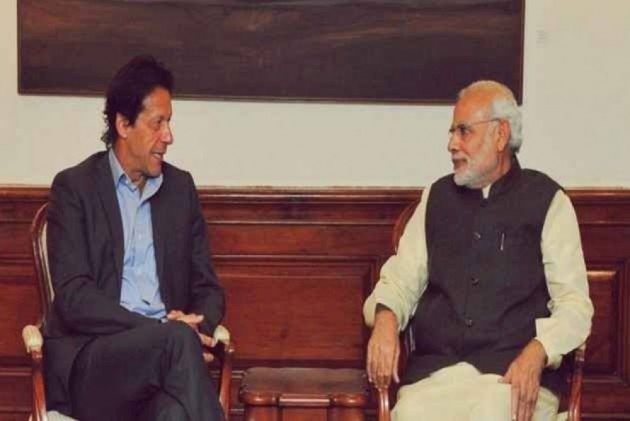 Saying that he felt blessed to be on holy land in Baba Dera Nanak town in Punjab's Gurdaspur, Prime Minister Narendra Modi on Friday thanked his Pakistan counterpart Imran Khan for understanding and respecting India's sentiments on the issue of the Kartarpur Sahib corridor.

Dedicating the corridor to the nation, the prime minister also thanked Pakistan's workers who worked to help build their portion of the corridor.

"I thank Pakistan Prime Minister Imran Khan miaji. He understood India's feelings on the Kartarpur corridor issue, gave respect and, keeping in view those feelings, worked accordingly," he told a gathering at the BSF camp in Shikhaar Masiahan, about eight kilometres from the Dera Baba Nanak gurdwara.

"I also want to thank the workers of Pakistan who worked at a fast pace to help in building the corridor on their side," the prime minister added.

Modi inaugurated the corridor and flagged off the first batch of over 500 Indian pilgrims who will travel to the Gurdwara Darbar Sahib in Narowal district of Pakistan's Punjab province through the Kartarpur corridor, being thrown open days ahead of the 550th birth anniversary of Guru Nanak Dev on November 12.

He said it was his fortune that he was dedicating the corridor to the nation.

"I am feeling blessed on this holy land... At this moment I get the same feeling all of you get at the time of doing 'kar sewa' (religious service)," the prime minister said.

He also congratulated everybody in the crowd, the country and Sikhs the world over on the occasion.

Modi said he dedicated the Kaumi Seva award given to him by the Shiromani Gurdwara Prabandhak Committee (SGPC) to Guru Nanak Dev", he said.

The opening of the corridor and the Integrated Check Post before the 550th “Prakash Purb” of Guru Nanak Dev has brought "double delight", he said.

"With this corridor, paying obeisance at Gurdwara Darbar Sahib will become easy. I express gratitude to the Punjab government, the SGPC and all the workers who were involved in building this corridor," he said.

Guru Nanak Dev, Modi said, is not the legacy of Sikhs alone but an inspiration for entire humanity, he said.

"Guru Nanak Dev besides being a guru, is a thought, the basis of life. Our values, culture, our thoughts, our thinking, our upbringing, our reasoning, our speech, all of these have been honed by pious souls like Guru Nanak," he said.

When Guru Nanak Dev set out on his travels from Sultanpur Lodhi, who knew what change he would usher, he said. Modi said the Guru himself had proclaimed that he had set out on the 'yatras' to pull society out of injustice, darkness and inequalities.

Modi also touched the issue of environment and drugs on the occasion.

"We have become irresponsible about the environment," the prime minister said.