'I Swear That I Won't Get Lured...': Maharashtra MLAs Pledge Loyalty To NCP-Congress-Shiv Sena Coalition 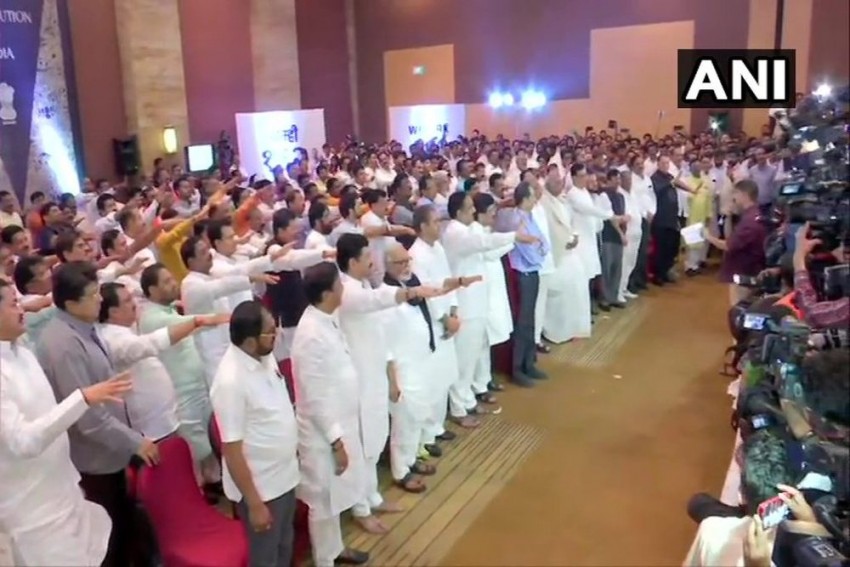 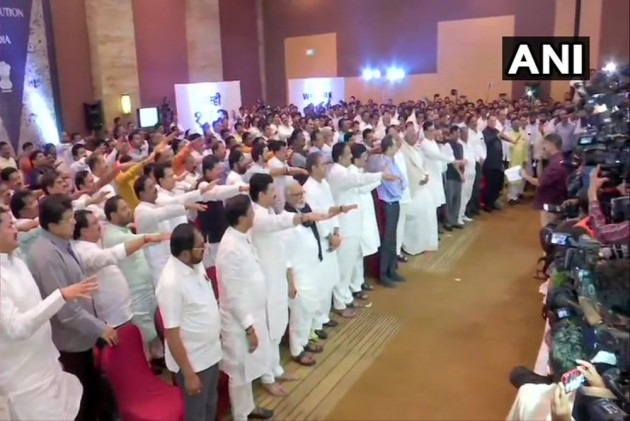 In an unprecedented show of strength, Shiv Sena, Nationalist Congress Party (NCP) and Congress legislators on Monday pledged allegiance to the three-party coalition at Mumbai's Grand Hyatt, where the MLAs where paraded in full media view.

"I swear that under the leadership of Sharad Pawar, Uddhav Thackeray & Sonia Gandhi, I will be honest with my party. I won't get lured by anything. I will not do anything which will benefit BJP," the MLAs pledged in what could well be the first case of such an oath ceremony.

Chavan said that they had are more than 162 (MLAs), not just 162. "We all will be a part of the government. I thank Sonia Gandhi, who allowed this alliance to stop BJP. Governor should invite us to form the government," he said.

Thackeray, on the other hand, dared anyone to "break his party".

"We live by Satyamev Jayate. We are friends. We are strong together. I dare anyone to try and break us," Uddhav said. "If you try to break our party, you wait and watch."

"No matter how much you try to reach out to our MLAs, we are together," Uddhav said, adding, "We all have come together not to bring down anyone."

Pawar, who was the last one to speak, said, "We are here together for people of Maharashtra. A government was formed in the state without a majority. In Karnataka, Goa, and Manipur, BJP didn't have a majority anywhere but they formed the government."

This is Maharashtra, things don't work here that way, he said.

Earlier in the day, the Supreme Court said it will pass its order on the Shiv Sena-NCP-Congress combine's plea against the Maharashtra governor's decision to swear in Devendra Fadnavis as chief minister on Tuesday, 10:30 AM.