I have Faith That CBI Probe Will Ensure Justice In Sushant Singh Rajput Case: Nitish Kumar

The JD-U president, who is aiming for his fourth successive win in the upcoming assembly elections in October-November this year, said that the Supreme Court had also vetted the CBI probe in the case. 'I am sure justice will be done in the Sushant case.' 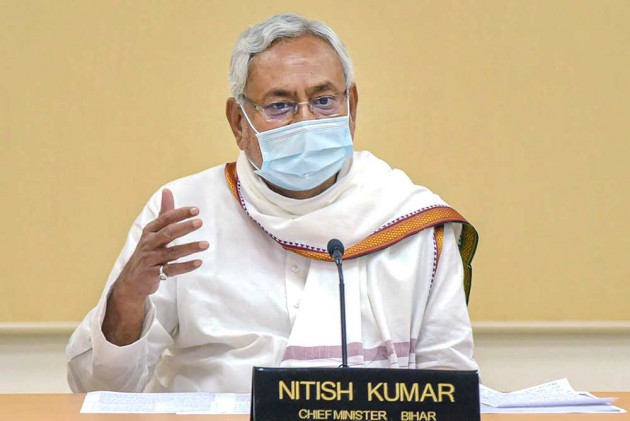 Bihar Chief minister Nitish Kumar has expressed hope that the ongoing CBI probe will bring out the truth in the Sushant Singh Rajput death case.
Launching Janata Dal-United’s election campaign through a virtual rally addressed from the party office in Patna on Monday, Nitish said that the death of actor Sushant did not merely affect his family but also crores of people in the state and the country. “I have faith that the CBI investigation will ensure justice in the Sushant case to the satisfaction of everybody,” he said.
In a marathon speech that lasted about three hours, the Chief minister dwelt at length on all the achievements of his tenure in the past 15 years and compared it with the regime of Lalu Prasad-led regime between 1990 and 2005. He, however, chose to conclude his speech by paying a tribute to the 34-year-old Bollywood actor, who was found dead under mysterious circumstances at his Bandra residence in Mumbai on June 14.

“People in massive numbers have shown tremendous affinity with him but we saw what was going on after that,” he said, referring to the police investigation in Mumbai without naming them. “The way it should have been investigated was not being done. That is why when we got the opportunity, we launched a probe immediately and later recommended the CBI probe with the consent of Sushant's father on August 4, which was accepted the next day.”

The JD-U president, who is aiming for his fourth successive win in the upcoming assembly elections in October-November this year, said that the Supreme Court had also vetted the CBI probe in the case. “I am sure justice will be done in the Sushant case.”

During his speech, Nitish spoke in detail about the development work done by his government in various fields. He called upon his party workers to apprise the new generation of voters about the real picture of the RJD rule when people did not dare to venture out of their homes after dusk due to fear in the state. “We have had a zero tolerance policy towards crime, corruption and communalism during our tenure,” he said. “And if we get the people’s mandate once again, we will continue to serve the state with our avowed agenda of development with justice.

A new government in Bihar is scheduled to be sworn in before November 29. Even though the Opposition parties such as the Rashtriya Janata Dal had demanded postponement of the polls due to the Coronavirus pandemic, the Election Commission has already announced that Bihar will go to polls as per the schedule.
Sushant's death case has emerged as an emotive issue, which every party appears to be keen to tap ahead of the polls in Bihar.