This is the major political statement issued by the Hurriyat Conference led by Mirwaiz Umar Farooq in recent months. 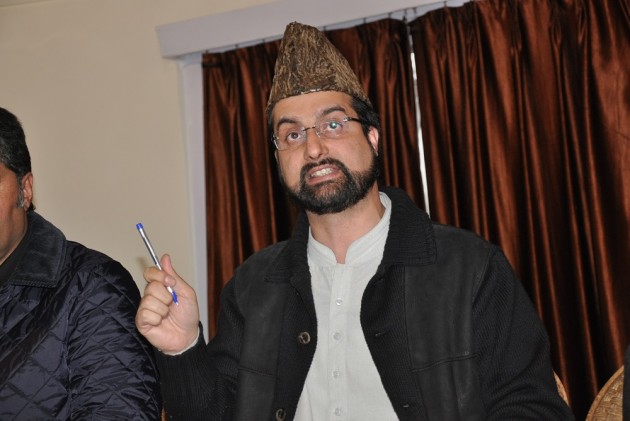 In a rare statement the All Parties Hurriyat Conference today said the recent rise in killings of Kashmiris in J&K is a grim reminder of the need to resolve the Kashmir conflict urgently, and prevent the region from getting consumed by it.

Pointing towards February 2021 ceasefire agreement between India and Pakistan along the LoC, the Hurriyat said the silencing of guns along the LoC by India and Pakistan provided the much-needed relief to the residents of LOC, living constantly under its shadow. The Hurriyat says that India Pakistan relations is always a welcome development for the people of J&K who see it as a harbinger of engagement and dialogue between the two neighbors and the way forward for resolution of the Kashmir dispute.

“But sadly, not much has moved forward since, or improved for the people of J&K, instead the oppressive situation on the ground continues unabated,” the Hurriyat said.

The Hurriyat said that the political leadership and hundreds of political prisoners and youth are languishing in jails or under house detention and the health condition of many among them is a constant source of worry. “Yasin Malik, who is a heart patient, needs immediate replacement of the 25-year-old heart valve, as per his family sources, while Shabir Shah’s health has deteriorated in jail as he is sufferering from various ailments,” the Hurriyat said.

“Despite repeated appeals from all sections of society and international human rights organizations, political prisoners, and youth have not been released so far, even on humanitarian grounds in times of the covid pandemic,” the Hurriyat added.

“The passing and implementation of laws aimed at demographic change, post-August 2019’s unilateral decision by the Government of India to scrap Articles 370 and 35A and downgrade and break up J&K into two union territories ruled by New Delhi, has led to the fear of loss of identity among the people of J&K which is deeply disturbing them. There is also great anguish at the loss of employment guarantees, land rights, and the exploitation of natural resources by outsiders, post the enactment of these new laws,” the Hurriyat said.

“On the other hand civilian killings, the killing of police personnel and their families, custodial killings and killings of young boys taking arms, all point to the gruesome bloodshed that goes on due to the non-resolution of the Kashmir conflict,” Mirwaiz added.

The APHC said that it has always advocated peace and growth for all the people of the region and it has a strong belief that this can actually be achieved with the resolution of the Kashmir conflict through dialogue among India and Pakistan and the people of J&K. “And for a dialogue, trust and a conducive atmosphere is the first requirement,” the Hurriyat said.

To achieve that, the Hurriyat said, the government must revoke all measures of demographic change and all laws that disempower the people of J&K especially since August 2019 and release the youth and all political prisoners from jails and under house detention, including its chairman Mirwaiz Umar Farooq.