Addressing a press conference at the Samajwadi Party (SP) headquarters, Akhilesh Yadav said, 'Be it the NPR or the NRC, these are against the poor people, minorities and Muslims of the country.' 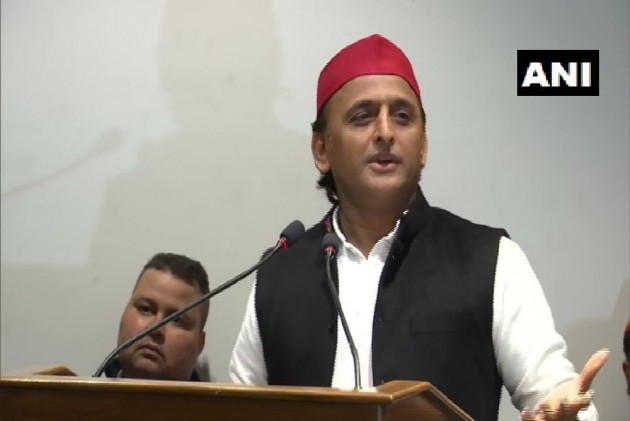 Samajwadi Party chief Akhilesh Yadav on Sunday expressed his opposition to the National Population Register (NPR) and the National Register of Citizens, saying they were against the poor and minorities of the countries, adding, "If need be, I will myself not fill the form."

Addressing a press conference at the Samajwadi Party (SP) headquarters, he said, "Be it the NPR or the NRC, these are against the poor people, minorities and Muslims of the country."

"I would like to tell the policemen, who are wielding lathis on people, that the certificates of their mothers and fathers will also be sought," he said.

All Indians should come forward to save the country from those violating the Constitution, the former Uttar Pradesh chief minister said.

He alleged that this (CAA and NRC) was being done so that the public did not raise any questions about the poor state of the economy and basic problems.

"During demonetisation, the government had said corruption will end, but that proved to be untrue. Due to demonetisation, a number of banks closed down, while the GST (Goods and Services Tax) ruined businesses. The condition is such that the country's economy has come out of the ICU and gone to the ICCU," Yadav said.

"During the days of the SP government (in Uttar Pradesh), youngsters got laptops, while the BJP is taking them towards toilets. Understand the difference," he added.