Some contractual workers had a lucky escape as they ran to safety in time when the fire broke out. 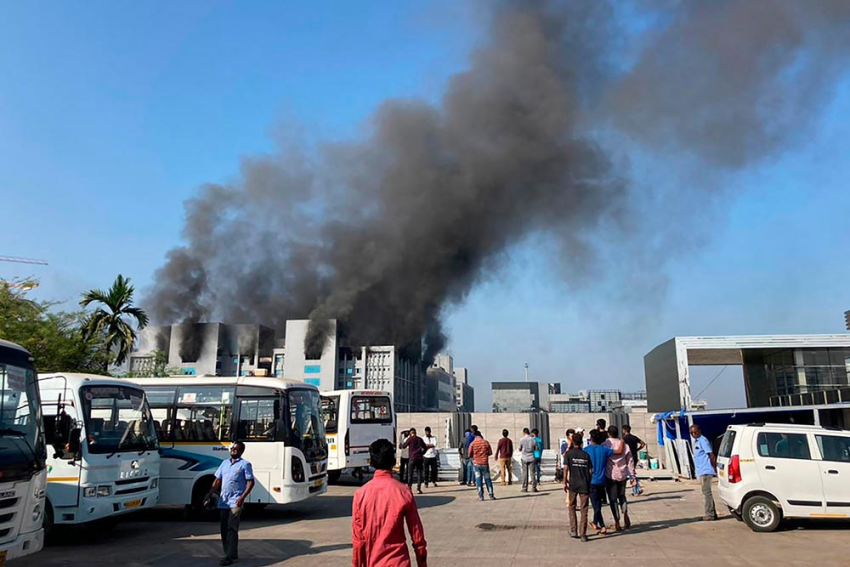 The fire at Serum Institute of India consumed the lives of five people. As many as 10 fire tenders were rushed to spot to douse the massive fire which broke out in a building near the Terminal 1 gate of the institute and nine people were evacuated.

Some contractual workers had a lucky escape as they ran to safety in time when a fire broke out in an under-construction building at the Serum Institute of India (SII) premises on Thursday afternoon.

Avinash Kumar, one of the contractual labourers working in the five-storey building at the time of the incident, said the moment the fire broke out he along with some others quickly ran away and saved their lives.

"Moment we saw smoke emanating from somewhere in the building, we escaped from the floor where we were working," said Kumar.

However, all were not so lucky as charred bodies of five labourers were later recovered from the fifth floor of the structure by fire brigade personnel at the SII premises in the Manjari area.

"Two of our colleagues - Bipin Kumar and Rama Shankar- could not come out in time and got trapped inside one of the floors (the fire affected 4th & 5th floors)," said Avinash Kumar.

Another worker, Sudhanshu Kumar, said the fire broke out at around 2.15 pm.