The BJP MLA and his supporters, along with locals and police, gathered outside the campus and threatened guards and others, a student said. 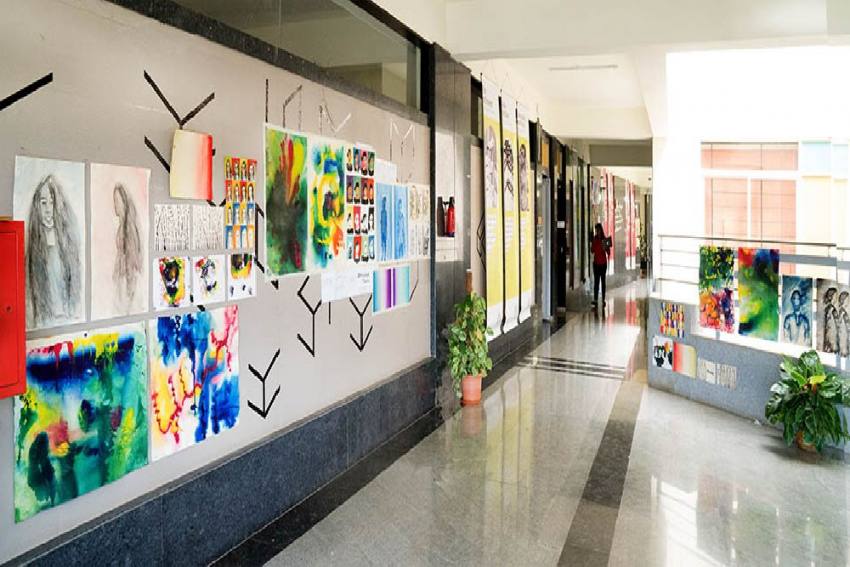 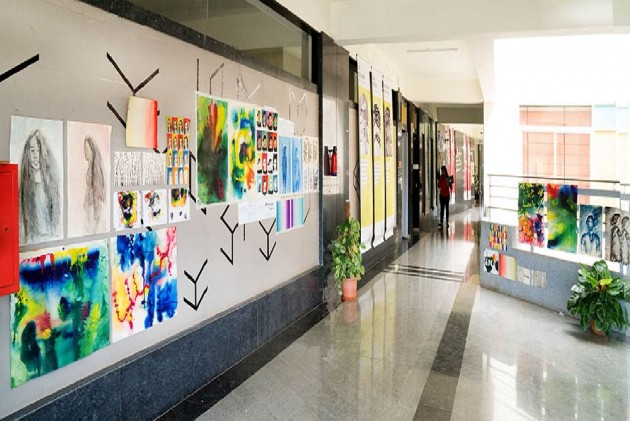 A graffiti painted on the wall opposite Srishti School of Arts in Bengaluru snowballed into a controversy on Tuesday afternoon after a BJP MLA and his supporters accused the college students of drawing it and threatened teachers and guards.

The graffiti shows an angry Prime Minister Narendra Modi with the right index finger on his lips. The text below the graffiti reads: "Sab Changa si (everything is fine)", something the prime minister said in the US, during a mega "Howdy Modi" rally last year.

MLA SR Vishwanath, along with locals and police, gathered outside the campus and threatened guards and others, a student from the college, told Outlook, adding "they just wanted to know the person or the group who drew the Modi graffiti."

Besides the graffiti in question, the student, who requested anonymity, said, there were several other paintings on the wall, but "they objected to the one featuring Modi's face and the text around it."

"How would we know who drew it?"

"It was just because of Modi's face that they brought up other issues that ‘people were facing because of us, apparently',” the student said.

"It's shameful that they are installing CCTV to 'protect their environment from us'. Girls have been molested and harassed in the past, but they didn't care then."

Apart from objection to the graffiti by the BJP, the locals in the area alleged students wore "short clothes and smoked in public.” They asked the college administration to instruct its students against repeating it.

Geetha Narayanan, Director of Srishti Institute of Art Design and Technology, said she was "a bit thrown back when she saw this gang walk into her office."

"It came out of the blue," she told Outlook, adding, in the past whenever there was an issue, it was resolved with everyone's cooperation.

She also said that while she didn't take the responsibility for the graffiti, she would still get it cleaned. Narayanan said: "We have to keep Yelahanka safe and I requested that public safety of my students and faculty be respected."

"We want to live in harmony with the locals and to work with the authorities in maintaining law and order."

The student, who Outlook spoke to, denied anyone entered the campus or any instance of "violence", but added the police and towing vans came and "took away our bikes and faculty cars". This spot has been used to park vehicles for a very long time, but now suddenly the locals had a problem with that too, the student said.

The college director said she ensured those vehicles were later brought back, adding the issue of parking will also be resolved soon.

According to a letter issued by the administration, the students have been asked to "adhere to Srishti dress code" and avoid flouting laws regarding "smoking in public".

The students have also been advised not to "gather in public in large groups."

The administration also said the college will remain shut till January 17 and that the step was taken because there was a "potential risk to the security of students".

"I think they (college administration) are just worried about the safety of students," a parent, who spoke on condition of anonymity, told Outlook, adding "the campus was completely free."

The parent also added that the students, "vehemently opposed the CAA and NRC."

When asked if the college had any dress code, the parent said: "Only on papers."

The student, however, mentioned there was no such thing as a "dress code" on campus, and the locals were just creating "unnecessary ruckus to target us".

India Isn’t Disruptive, Is Decider Rather Than Abstainer: S Jaishankar