Ex-HNLC Leader’s Killing Unfortunate, Police Had Intention To Arrest Him Only: Meghalaya CM

Ex-HNLC leader Cherishterfield Thangkhiew was killed in a police firing at his house yesterday. 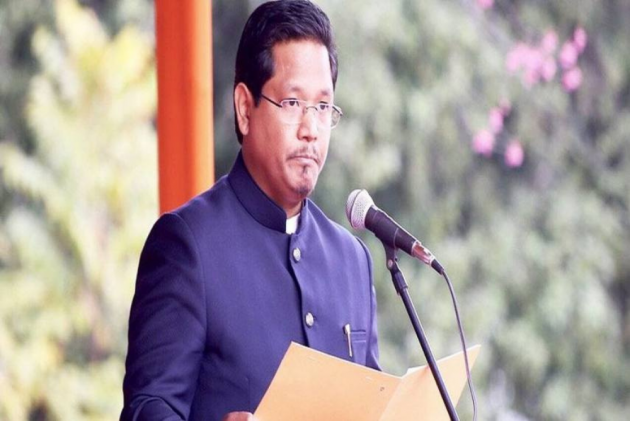 Terming the killing of former Hynniewtrep National Liberation Council (HNLC) leader Cherishterfield Thangkhiew in an encounter at his house as “unfortunate”, Meghalaya Chief Minister Conrad Sangma Saturday said the raiding police party had no intention to kill the leader, but only to arrest him.

A joint team of East Jaintia Hills and East Khasi Hills police, conducted the raid during wee hours on Friday at the deceased leader’s house in connection with the recent blasts in the state, with the recent blast taking place at capital Shillon, earlier this week. In the incident two persons were injured.

Police said they had to open fire after the 56-year-old former general secretary of the outfit attacked them with a knife.

“Inquiries into the blasts at East Jaintia Hills and Shillong had revealed the involvement of several people, including Chesterfield. Following the Shillong blast, police received intelligence reports of a similar blast being planned and needed to take preventive action in the interest of the state and the people,” he told reporters on Saturday evening.

The killing has evoked sharp reactions from several quarters, including Thangkhiew’s family who said alleged police of killing him in “fake encounter”.

The HNLC, on the other hand has vowed to take the revenge of their leader’s killing with the attack on the state’s Home Minister Lahkmen Rymbui.

Banners and posters appeared in Shillong on Saturday calling for his resignation over the incident.

Rights activists have also called for an independent probe into the incident to ascertain the facts.

On the HNLC’s offer to hold talks earlier this year, Sangma said the matter was discussed in the state government and with the Centre as well.

The Centre ruled out certain conditions laid down by HNLC and asked to submit their demands again.

“This was conveyed to them and they agreed to send another letter, which they are yet to do,” he said.

“While all this was going on they resorted to triggering the blasts,” he said adding it was not clear what their intentions were.

Thangkhiew, who was a founding member of the HNLC, had surrendered at Shillong in October, 2018.

He had joined the Hynniewtrep Achik Liberation Council (HALC), the first militant outfit of the state, in August 1987. HALC was subsequently disbanded and HNLC was floated in 1997. He had gone into hiding in Bangladesh—a safe haven for several northeast militant groups for a long time in 2004 and remained in the neighbouring country until laying down arms in 2018.