This is the same venue where former Prime Minister Indira Gandhi addressed a large gathering, amidst cheers and exuberance on January 25, 1971, to confer full statehood for Himachal Pradesh as 18th state of the Union of India, created under an Act of Parliament. 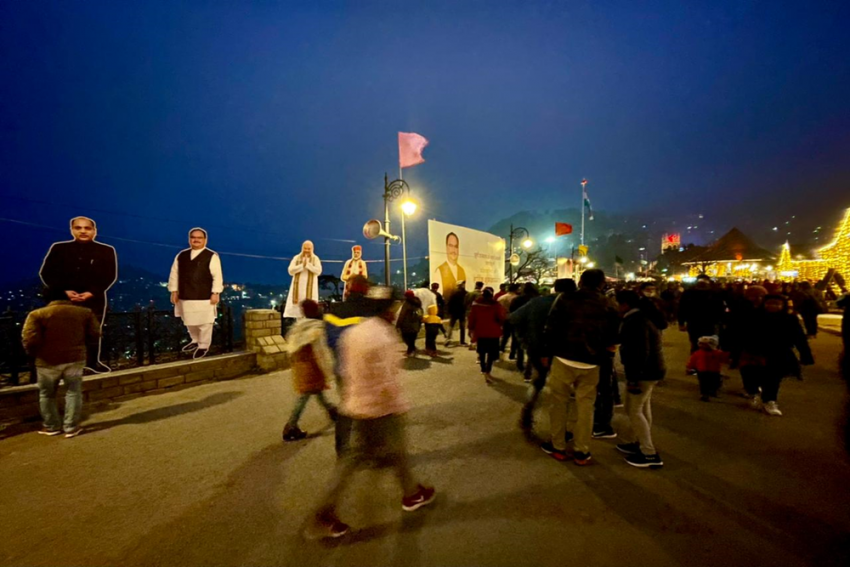 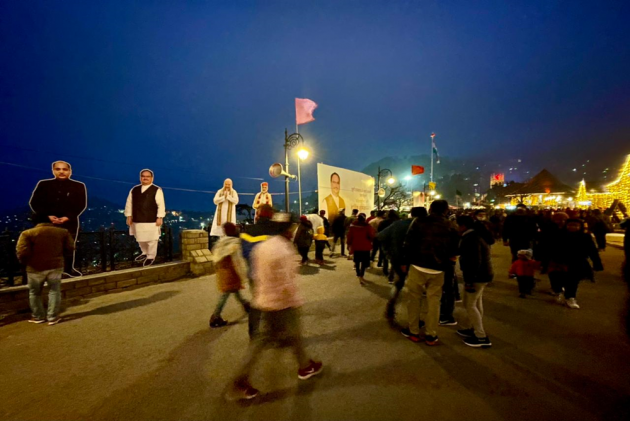 Shimla’s landmark Ridge --- a sprawling flat space in the heart of the hill town, is all set-up to its best for the mega event – The Golden jubilee of the state slated this day i.e. January 25.

This is the same venue where former Prime Minister Indira Gandhi addressed a large gathering, amidst cheers and exuberance on January 25, 1971, to confer full statehood for Himachal Pradesh as 18th state of the Union of India, created under an Act of Parliament.

Old-timers recall the day vividly when it was snowing in Shimla and yet late Indira Gandhi managed to arrive and greet hundreds of people waiting at the Ridge and Mall road to get a glimpse of her and also listen to historic speeches.

Today, BJP’s national president J P Nadda will do the honours to preside over the Golden Jubilee celebrations, release a postage stamp, an impressive coffee table book, a documentary and inaugurate exhibitions showcasing the state’s journey to this day.

Earlier union home minister Amit Shah had to address the gathering at the Ridge and preside over the state-level function to mark the celebrations.

“We wanted Prime Minister Narendra Modi to grace the occasion and thereafter Home Minister Amit Shah had agreed to reach –out. But, due to Republic Day engagements, two dignitaries found it tough to make it but we have Nadda Ji, the national president –who is the son of the soil to do the honours. The event is going to go down the history. Every single citizen of Himachal Pradesh is proud of the state's achievements during these years,” Chief Minister said this morning.

Thakur, a first –time Chief Minister, who himself represents one of state’s backward constituency and struggled his way to politics, and education, says the growth and development of the state can be attributed to its hardworking people, its rich culture, visionary leadership given by legendary figures like Dr Y S Parmar, state’s first Chief Minister and an egalitarian society.

The state, though still largely dependent on central funding, as political aspirations of the hill people, not economic viability as a criterion for its creation, was marching ahead to become a model of hill development.

“Air, rail and road connectivity remains the biggest challenges of development even today despite massive progress made by the state in its horticulture growth, agriculture, expansion of health and education infrastructure. Social sectors are the biggest backbone. Industry, service sectors and tourism are power wheels to take the state forward” he told the Outlook.

Himachal Pradesh came into being on April 15, 1948, as a centrally administered territory following the integration of 30 erstwhile princely states. It was categorised as a ‘C’ state in 1951. The population of Himachal Pradesh was 9,83,367 and area  10,451 square miles.

In March 1952 Dr Y S Parmar, a towering political figure of the state took over as first Chief Minister heading a three-member cabinet.

In 1956, there was a recommendation to merge it with Punjab put forth by the State Reorganisation Commission, but Himachal retained its identity and became a union territory. In 1963, the Assembly was revived with Dr Parmar becoming Chief Minister for the second time. In 1966, new districts were merged into the state: Kangra, Shimla, Kullu, Lahaul-Spiti, the Nalagarh tehsil (part of the Ambala district until then), some parts of Una tehsil (part of the Hoshiarpur district until then) and Dalhousie (part of the Gurdaspur district until then). On January 25, 1971, Himachal Pradesh finally attained statehood with an area of 55,673 square kilometres, says Thakur