Bhupinder Singh Hooda, Congress party’s Haryana strongman and Lok Sabha candidate from Sonipat, says many apprehend that if voted back to power, the BJP will change the Constitution in a way that it perpetually remains in power. 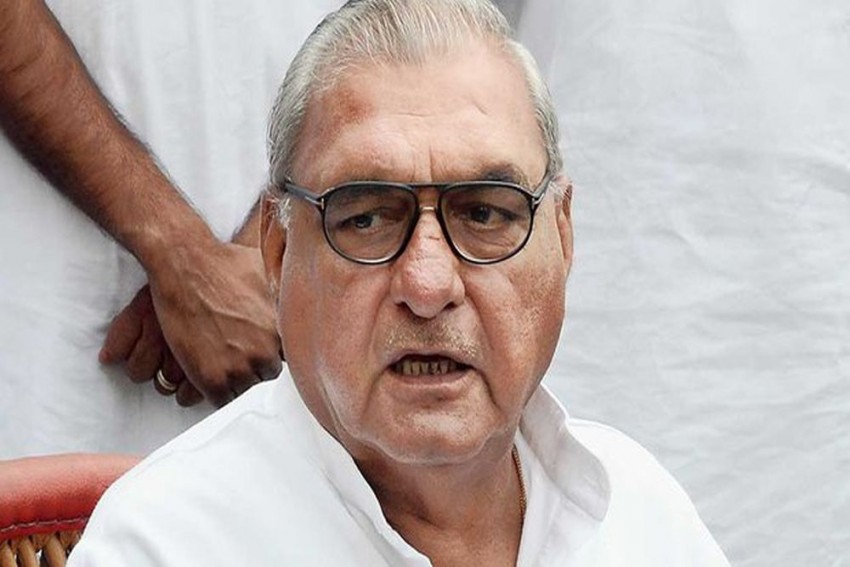 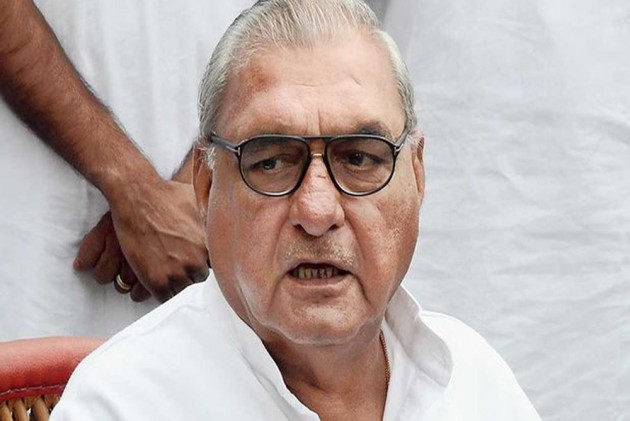 Senior Congress leader Bhupinder Singh Hooda was elected to the Lok Sabha four times (1991, 1996, 1998, 2004) and served as the Chief Minister of Haryana for two consecutive terms from 2005 till 2014. He is currently the chairman of the party’s state coordination committee for the ongoing general elections and contesting from the Sonipat Lok Sabha seat on a Congress ticket. Hooda speaks to Outlook on a range of national and state issues in an exclusive interview.

How many seats would your party and the BJP win in the ongoing polls in your assessment? Who is going to form the next government?

The UPA and other parties opposed to BJP will get the majority in the ongoing elections. ‘India is not shining this time’. The next government will be formed by the UPA and other like-minded parties.

What, in your opinion, is the major difference between the manifestos of your party and that of the BJP? Will NYAY be a game-changer?

NYAY would certainly change the lives of crores of our under-privileged countrymen. Congress has built this nation on the basis of truth and trust which were the core values of the freedom struggle that led ousted the British. Under the BJP dispensation, hate, hype and hypocrisy have become the hallmark of their politics and policies. The Congress manifesto is the renewal of its commitment towards farmers, youth, poor, Scheduled Castes and Scheduled Tribes, women and other weaker sections of the society. The BJP manifesto is a bundle of pure unadulterated lies. For example, in their manifesto, at one place it is claimed that they got 1.5 crore houses built. At another place it declares that 2.5 crore houses have been built under ‘Prime Minister AwasYojna’. Whereas in a budget speech, it was announced that 63 lakh houses have been built. The actual truth is unknown.

Some politicians like Mamata Bannerji and other public figures have issued statements that the 2019 polls would be India’s last such elections if Modi returns to power. What is your take on this?
Not only Mamataji or other opposition leaders are saying that 2019 would be India’s last such election if BJP returns to power, even BJP MPs and leaders are saying this, that too with pride. Every Indian is apprehensive that our Constitution and our country will not be the same if people make the mistake of choosing BJP again this time.

How many seats is your party expecting to win in Haryana?

We expect to win at least eight Lok Sabha seats from Haryana this time. BJP will hardly win any seat.

There were expectations that Haryana assembly polls would be held along with Parliamentary polls. Why do you think this did not happen? Is the BJP scared?

How would you rate the performance of the Khattar-led BJP government in Haryana?

The performance sheet of the BJP government in Haryana is blank, and has many black spots. Around 78 citizens have been killed during its five-year tenure in police firing, a number that is higher than the total number of persons killed in this manner over 48-years since Haryana came into being. The party made 154 poll promises, but not even a single promise has been fulfilled. The law and order situation has worsened so much that it sometimes appears that there is no governance in the state. Social harmony, truth and trust have been the biggest casualties during this government’s tenure. All sections of the society are now looking forward to throw out this government.

Do you think the Khattar-led BJP government mishandled the Jat agitation of 2016 and the violence in the aftermath of the conviction of Ram Rahim in 2017?

During the three occasions of Ram Pal Ashram agitation, the Jat agitation and the riots following the Dera Chief’s conviction, the BJP government conspired to create an unhealthy situation and failed miserably to handle the crises. It deliberately did not take preventive action. Its reaction to these crises was crude and cruel. There were several crises during our tenure like the Hero Honda case, Gohana, Mirchpur etc. but we handled them deftly and efficiently and there were no causalities. Prevention is always better than cure.

Will the JJP-AAP alliance make an impact in the state, especially keeping in mind that the JJP candidate came second in the recent bypolls to Jind assembly seat? Your party’s national spokesperson Randeep Surjewala got the third spot.

AAP has no presence in Haryana and INLD-JJP has become irrelevant in the state. As for Jind, BJP and JJP are overplaying the by-election result which was linked to purely local issues and has no bearing on the overall state politics. If the BJP is so confident, why didn’t it go for simultaneous assembly and Lok Sabha elections, which was the pronounced plank of BJP.

How much impact would Dera politics have in the Lok Sabha polls and the assembly polls later?

Dera Sacha Sauda has some following which, of course, has now been dwindling for some time. Its followers are angry with BJP for duping the Baba and killing 36 Dera followers at Panchkula in the wake of his conviction. All in all, Dera politics will surely have some impact both in Lok Sabha and Vidhan Sabha elections.

Some cases/FIRs have been filed against you by the CBI as well as the Haryana Government based on some allegations. Your comments?

The cases/FIRs against me are purely out of political vendetta and an attempt to malign my image. I have done nothing against the rules and there had been no controversy during the ten-year of my tenure as Chief Minister. Why is all this happening now? I am a freedom fighter’s son and I am not afraid of such tactics. Justice will take its own course, and I have complete faith in our country’s judiciary.