The move is being seen as an attempt by the opposition to embarrass the ruling alliance and would earn the Congress political mileage with the farmers agitating against the three central agri laws. 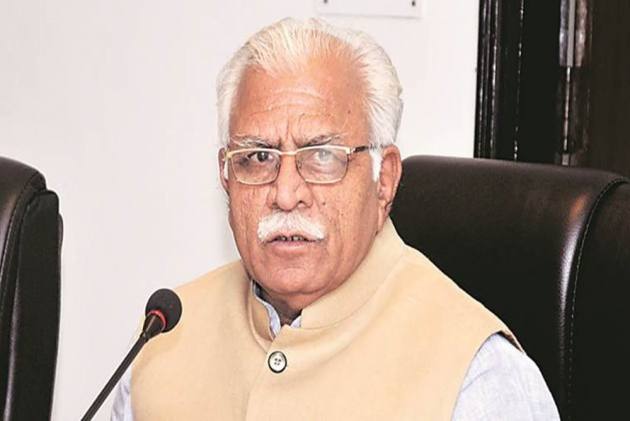 The ruling BJP in Haryana is expected to face a no-confidence motion in the assembly today and is likely to destabilize the Manohar Lal Khattar-led government. The move can be considered as an attempt by Congress to embarrass the ruling alliance and would earn the Opposition political mileage with the farmers agitating against the three farm laws.

In December, the leader of the Opposition and former chief minister Bhupinder Singh Hooda announced that he would move a no-confidence motion against the BJP-JJP alliance government. On March 5, he submitted the motion in the Vidhan Sabha and Speaker Gian Chand Gupta scheduled it for discussion on March 10.

The BJP has 40 seats in the 90-member Haryana assembly. It also has the support of 10 JJP MLAs and five independent legislators. Congress has 31 seats. Two seats in the assembly are vacant and the majority mark stands at 45.

The ruling BJP-JJP as well as main the opposition party have issued whips to their respective members for their compulsory presence in the House. Haryana minister and BJP's chief whip Kanwar Pal said, “All the members of the Bharatiya Janata Legislature Party are requested to remain present in the House throughout the 10th day of March during the current budget session of Haryana Vidhan Sabha.”

“They should not leave the chamber without prior permission of the leader. Many important legislative matters are likely to come up for discussion. The members are requested to be present at the time of division/voting,” he said.

BJP's alliance partner the JJP also issued a whip to its legislators.

“All members of JJP in the Haryana assembly are therefore requested to be present positively in the House throughout the day on March 10 and support the stand of the government against the no-confidence motion,” Dhanda said.

Congress' senior leader and chief whip B B Batra said, “The members of CLP, Haryana are informed that no-confidence motion against the government shall be listed on March 10 in the business of the House”.

“I issue whip, that you must ensure your presence in the House on March 10 at 10 am positively and support the vote of no confidence. Members are advised not to leave the house without prior permission of the CLP leader,” Batra said.

In the 90-member Haryana Assembly, currently having an effective strength of 88 members, the ruling BJP has 40 members, the JJP 10 and the Congress 30. Seven are Independents, five of whom are supporting the government, while one member is of the Haryana Lokhit Party, which has also extended support to the government.

The Congress will move a no-confidence motion against the BJP-JJP government in the Haryana Assembly on Wednesday with Speaker Gian Chand Gupta on Friday last fixing the date for it to be taken up in the House.

He said the party needed to move a no-confidence motion because the BJP-JJP government has lost public confidence and the coalition government, betraying public opinion, is taking anti-people decisions one after the other.