Govt Won’t Survive For A Day In Australia If People Die Due To Oxygen Shortage: NRI Cardiologist

If what happened in India had happened in Australia, there would have been an independent and high-powered judicial investigation, Indian-origin cardiologist Dr Yadu Singh tells Outlook's Jeevan Prakash Sharma.

Dr Yadu Singh, a well-known cardiologist of Indian origin in Australia, has been keeping a close watch on the Covid-19 situation in India as well as Australia. An internal medicine specialist, Dr Singh is also a Fellow of The Royal Australasian College of Physicians.

In an interview with Outlook, Dr Singh, who is based in Sydney, says that if a fiasco of the proportions, which happened in India, had happened in Australia, there would have been an independent and high-powered judicial investigation to find out the reasons for the failings, fix responsibility for the failings and recommend steps to not allow its recurrence in the future. 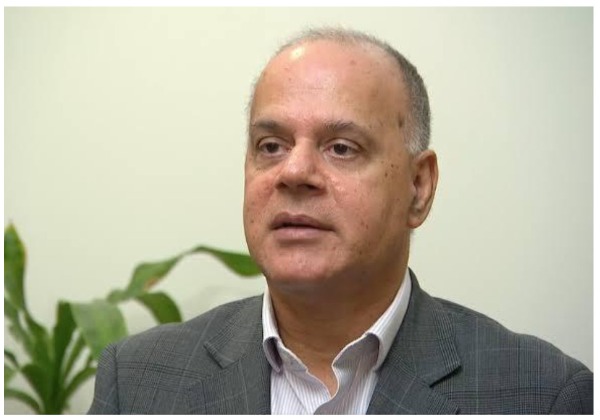 Q: What is the impact of the Delta variant in Australia right now? When was it first detected in your country and how has been its spread since then?

A: Delta variant was detected several weeks ago, but was initially detected infrequently. More recently, it has been detected commonly, but other variants have also been there in our society. A limousine driver in Sydney, who ferried aircrew from the airport to the quarantine hotels, got infected with Delta variant and then passed the infection to many others. It’s not fully clear how the driver picked up the infection.

Though the Police have investigated it but decided not to charge him under the applicable law. It’s becoming apparent that the virus was spreading even with fleeting contact, confirming it is more infectious.

The largest state, New South Wales (NSW), is currently under full lockdown and stay-home orders are in force until July 9. Victoria state was in lockdown until recently. Other states & territories have been or still are under short lockdowns. In NSW, the number of locally infected cases until last night (8 pm 4th July) was 35, 33 of which are linked with previously confirmed cases or clusters. Two cases were detected in the quarantine facilities for overseas arrivals. Every arriving person must undergo 14 days quarantine at his or her own cost in Australia.

Q: But how has the government able to contain its spread? In India, it has played havoc recently as you are aware of it.

A: With excellent contact tracing and tight lockdowns, most states have managed the infection adequately and the number of new cases is clearly coming down and restrictions are either easing or being lifted.

It is also true that the lockdowns have impacted the economy in the magnitude of multiple billions. Cooperation of people with health orders, mask use, hand sanitizers and social distancing, as well as the enforcement of health orders by the Police, have led to an improvement in the situation.

Q: What is the daily fatality rate in the country since the detection of the delta virus? Is it going up significantly?

A: Australia has not had any fatality due to the Delta variant of the virus. A very small number of patients are in the ICU. There were a few cases of clotting linked with the Astra Zeneca (AZ) vaccine, but only two of them had a fatal outcome.

Doctors have a better appreciation and understanding of the clotting syndrome and are able to treat them now. Additionally, the Government’s advisory changed a few weeks ago whereby AZ vaccine is not advised for people under the age of 60, who have a little higher risk of clotting as a side effect.

Q: In other countries, while the delta variant looks only infectious, in India, it was not only infectious but deadlier also? Why? Doesn't it show that people died in India, not because of the virus but lack of medical care and oxygen? Do you agree?

A: Talking about recent difficulties during the second wave of COVID in India, there were thousands of avoidable deaths. People went through a lot of suffering. The health system literally collapsed. Lack of planning in regards to health care infrastructure and medicines including oxygen was out in the open. It was obvious that the focus of political leaders (federal and states) in India was more on electoral politics, point scoring and blame game against one another, and very little on effective preventive measures.

All governments were to blame. People too acted irresponsibly by not following the preventive measures. Many resorted to profiteering by selling medicines at overinflated rates or selling counterfeit or fake medicines at this difficult time and thus shaming humanity. Poor enforcement of law and corrosion of the moral compass are serious issues and deserve to be addressed. None of this is applicable to Australia, which has excellent health facilities, not only hospitals but also primary care. Health care is federally funded and is free. Everyone pays a health tax known as the “Medicare Levy”. That’s not enough however to fund healthcare in totality. The federal government therefore also funds healthcare from other taxes, which come under the consolidated funds.

Q: How do you want to react to the approach of the two PMs - Narendra Modi and Scott Morrison - towards fighting the pandemic?

A: Let me tell you that it would have been a scandal with serious political ramifications, had people died due to lack of treatment facilities, medicines and oxygen in Australia. It would be literally unimaginable for the government to stay in power for a day in Australia if people die due to a lack of healthcare and oxygen. Since governments in Australia generally work with proactive planning, it is not very likely that the health system will be caught lacking in the supply of hospital beds, medicines and oxygen. Compared to Australia’s population of 25 million, India obviously has to contend with a population of 1.35 billion. India unfortunately also has excessive politicking, where every issue is unnecessarily politicised.

Also, governments at every level (federal and state) are advised by health teams under a chief medical officer (CMO). All CMOs are part of the national health advisory team, which meet, debate and then advise the national cabinet, specifically formed under the leadership of the Prime Minister and comprising of heads of all states and territories governments.

Every government leader listens to the advice of the CMO. The CMOs always take part in the press conferences, where the government leaders announce important policies and directions. Health questions are generally answered by the CMOs. People tend to listen a lot more to the advisory from the doctors than the politicians. Since Australians expect and demand accountability and transparency from their political leaders, any system, which doesn’t have inbuilt transparency and accountability will not work in Australia. If a fiasco of the proportions, which happened in India, had happened in Australia, there would have been an independent and high-powered judicial investigation to find out the reasons for the failings, fix responsibility for the failings and recommend steps to not allow their recurrence in the future.

Q: So you are confident that your country will come out of the pandemic without facing a situation that India had faced?

A: Australia will definitely come out of the situation because it has the appropriate systems and people here demand results from their political leaders while offering their own cooperation in the measures to stop the spreading of the infection. Fiercely independent media and responsible opposition do ensure that Australian governments are on the right path to serve the people.

Nobody will let the governments function in a manner, which doesn’t tick the boxes of transparency and accountability. Governments are elected to serve the people and will never be allowed to behave as if they are above criticism and can’t be questioned. Governments are answerable to people via the media and the Parliament. People don’t worship politicians in Australia as they elect politicians to serve them. Nobody is above the interests of the people.

Q: The government often blames people's inappropriate Covid behaviour. But even the PM has been spotted without a mask in many photo sessions and public appearances. Do politicians behave in a similar way in your country?

A: Australians will not tolerate their political leaders behaving irresponsibly. Mask rules are in place in NSW currently. The deputy PM was recently caught in a petrol station in the regional NSW, where he didn’t use a mask for about 90 seconds. A member of the public reported it to the police, which reviewed the CCTV and confirmed the violation. He was fined. The ministers, chief ministers (also called Premiers) or the Prime Minister are not above the law. They all have to follow the same law which people have to follow. People expect higher standards from their elected political leaders here. No political leader will survive in politics in Australia if he or she even has charges laid against him or her by the Police.