The sources said though the Army and the Navy were in favour of rolling out of the theatre commands, the Air Force has some reservations over them. 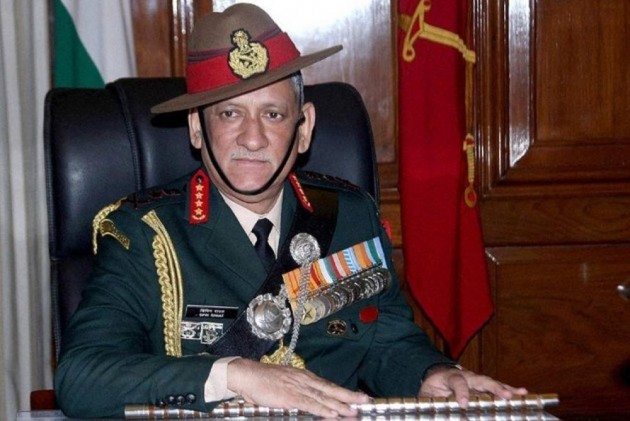 Chief of Defence Staff Gen Bipin Rawat on Tuesday chaired a meeting to iron out differences on rolling out theatre commands.

Sources said though the Army and the Navy were in favour of rolling out of the theatre commands, the Air Force has some reservations over them.

Gen Rawat held extensive deliberations on Tuesday with the Vice Chiefs of the three services and senior officials of the defence ministry on the matter.

Official sources said the issues relating to the formation of the commands based on a number of detailed studies were discussed at a meeting chaired by Gen Rawat. It was also attended by officials of the home and finance ministries.

Gen Rawat has been working on establishing at least four theatre commands to increase synergy among the Army, Navy and the Air Force.

As per the plan, theatre commands will have units of the Army, the Navy and the Air Force and all of them will work as a single entity looking after security challenges in a specified geographical territory under an operational commander.

At present, the Army, the Navy and the Air Force have separate commands.

The sources said though the Army and the Navy were in favour of rolling out of the theatre commands, the Air Force has some reservations over them.

The government has already set up a high-level committee to iron out differences among the three services on setting up of the theatre commands.

According to a proposal, the air defence command will be helmed by the Air Force and it could be rolled out by the end of the current year.

The peninsula command will be formed by merging the Navy's eastern and western commands, and it is likely to take shape by the end of 2021.

The sources said the aim has been to kick-start the process to set up at least two to three commands by end of the year.

The theatre commands are being set up under a larger mandate of ensuring synergy among the three service chiefs to deal with future security challenges.

Gen Rawat took over as India's first CDS on January 1, 2020, with a mandate to bring in convergence among the three services and restructure military commands to effectively deal with future security challenges.