Urging the voters not to get confused and back the alliance candidates, BSP supremo Mayawati accused the prime minister of trying to create a rift in SP-BSP alliance. 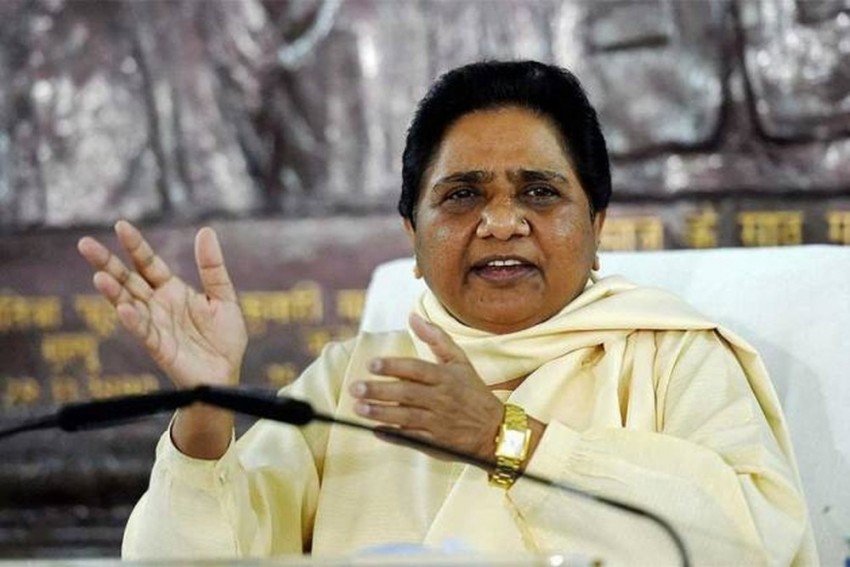 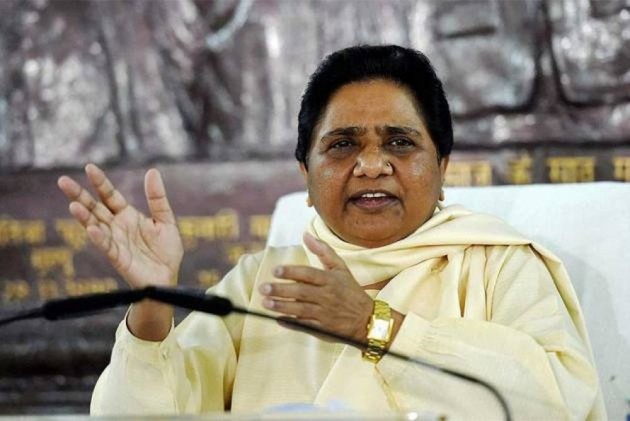 BSP supremo, Mayawati on Monday alleged that "frustrated" leaders of the BJP, including Prime Minister Narendra Modi were trying to create fissures in the SP-BSP alliance in Uttar Pradesh.

Mayawati was reacting to Modi's speech at an election rally in Pratapgarh on Saturday, saying that the Samajwadi Party was "going soft" on the Congress, as opposed to the Bahujan Samaj Party, which was attacking the grand old party.

He had also claimed that the SP had benefitted due to the alliance, and Mayawati had now understood that the Akhilesh Yadav-led party and the Congress were playing a "big game" with her.

"The BJP is frustrated and is trying to create fissures in the alliance," she said, claiming that the joint candidates of the alliance were way ahead of the saffron party nominees in the four phases of polling that have concluded so far.

Voting is being held in 14 Lok Sabha constituencies of Uttar Pradesh on Monday, under phase five of the ongoing general elections. The state will also vote in the remaining two phases on May 12 and 19.

Urging the voters not to get confused and back the alliance candidates, the BSP supremo accused the prime minister of trying to create a rift in the alliance.

On Sunday, Mayawati had said that the alliance "will continue in the future as well", while SP chief Akhilesh Yadav too spoke in the same refrain saying Modi was "misleading" people.

"Since the formation of the SP-BSP-RLD alliance, the BJP is facing an unprecedented crisis. It is suffering from a stomach ache and it will not be able to get it cured in the future also," Mayawati said.

"Our alliance will continue in the future as well. The prime minister has spoken about the divide-and-rule policy, which is baseless. Their aim is to make us fight each other and misguide our supporters. But our alliance will uproot the anti-people government," she said further.

Akhilesh Yadav too accused Modi of trying to create a rift between the SP and the BSP, saying this was a result of his disappointment.

"The language of the prime minister has changed as in every phase (of the polls), the BJP is trailing. It is unable to find a way out. The PM only wants to misguide the voters,” he said on Sunday.

"I would like to tell the BJP that the SP-BSP-RLD alliance will decide as to who will form the next government and who will be the new prime minister," he added.
The SP chief coined a new phrase for Modi, describing him as a "180-degree prime minister".

"Modi is a 180-degree prime minister. Whatever he says, he does just the opposite. He had promised to double the income of farmers, but it has come down to half.

Similarly, he had promised to create two crore jobs, but in reality, has made two crore people jobless," he said.

At an election rally at Basti in Uttar Pradesh on Monday, the BSP supremo also alleged that faulty policies of the Congress and the BJP have ruined the country.

"The Congress-ruled at the Centre and most of the states for a long time but problem of poverty and unemployment could not be checked. Farmers and labour class were the most affected during the Congress regime. Dalits could not get their legal rights while youths had to migrate in search of jobs," she said.

After the Congress, the BJP ruled at the Centre and many states and it followed the Congress' footprints and promoted casteists, capitalists and the RSS, she said, adding that due to its 'jumlebazi' and 'natakbazi' the BJP will be wiped out this time.

Of the 80 Lok Sabha seats in Uttar Pradesh, the BSP is contesting 38, the SP 37 and the Ajit Singh-led Rashtriya Lok Dal (RLD) three, while Amethi and Rae Bareli have been left for the Congress.

The SP-BSP alliance in the politically crucial state, which sends the highest number of lawmakers to the Lok Sabha, is being seen as a challenge to the BJP, which had won 71 parliamentary seats in Uttar Pradesh in the 2014 polls.