From MLAs’ Self-Appraisals, Social Media Usage To Mass Contact – All At Table In BJP’s ‘Chintan Baithak’

Bhartiya Janata Party (BJP) has started preparations in the state for the next assembly elections much in advance. 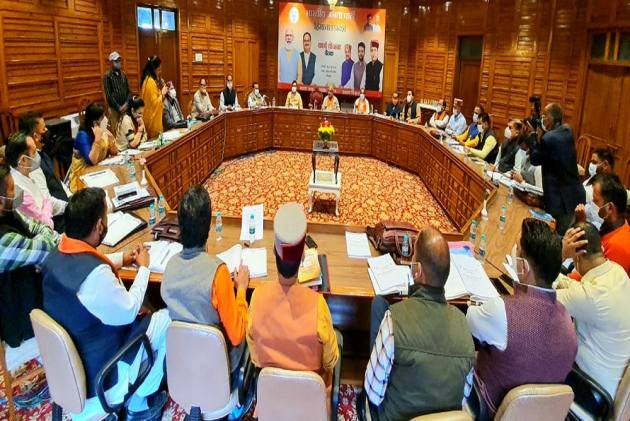 Himachal Pradesh elections may come in the latter half of 2022---once the party is done with UP, Uttarakhand and Punjab-- but Bhartiya Janata Party (BJP) has started preparations in the state much in advance.

From self-appraisal report cards of the MLAs, cabinet ministers and former MLAs, their local area development initiatives, social media usage and public outreach – everything is on the table for thread-ware discussions in dedicated sessions.

Insiders say the MLAs and ministers have been told to come-out with at least one or two examples of their work in respective constituencies to showcase their popularity graph and winnability factor in the next polls. If they don't have any such thing, then they should voluntarily opt-out from asking the ticket in 2022 poll.

“Today is the third day of the discussions and the party has almost reached at consensus that non-performers have to pull-up their socks while performers, whether ministers, MLAs, Ex-MLAs, heads of the frontal bodies and chairman/vice-chairmen of boards and corporations must give their 100 %, or sit back at home” said a senior party functionary.

Chief Minister Jai Ram Thakur is sitting through all key sessions and taking notes of the points raised by the MLAs and party leaders to fix the gaps, where his government has failed to deliver, or the ministers have failed.

Only some days back, Thakur had sent a strong message to his party adversaries to stop dreaming about possible leadership change. He is set to lead the party to the polls in 2022 with full backing of the Prime Minister Narendra Modi, home minister Amit Shah, and of course the RSS.

Party’s chief spokesman Randhir Sharma said district in-charges in the state will be accountable for every activity, which the BJP will undertake, to ensure “mission repeat-2022”.

Union minister of state (Finance and Corporate affairs) Anurag Thakur also spent two days in Shimla to give an overview of what the central government has done during the Covid crisis, and also under reach-out programmes for the blow-poverty families, farmers and other sections hit by the lockdown.

The Election Commission of India (ECI) has already sent some hints about early holding of the bypolls as they were already delayed because of the Covid lockdown.