Most hotels in Shimla have hit zero occupancy, bookings cancelled 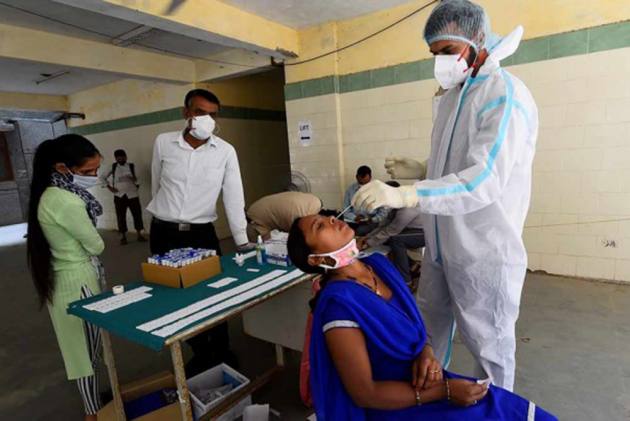 The lockdown imposed by several high-load states, especially Delhi and night curfew restrictions by Punjab following the second Covid-19 wave in the country has once again hit the tourism industry hard in Himachal Pradesh.

The hotels, tourist resorts and homestays, expecting a good summer season after last year's lockdown, are completely out of the work for the past 15 to 20 days.

“Though there is no lockdown in Himachal Pradesh, people are scared to venture out. States such as Delhi, Gujarat, Maharashtra, Uttar Pradesh, Punjab and Rajasthan, from where most tourists come, are struggling with the high load of Covid cases and deaths. Why would people now come to Himachal?” said Sanjay Sood, president, Shimla Hotels and Restaurants Association.

Chief Minister Jai Ram Thakur said the government has not imposed any ban on entry of the outsiders though there is an advisory for those coming from the seven states with high case loads to carry their RT-PCR negative reports.

“The tourists are not coming to Himachal Pradesh .Where is the need to close the borders or conduct checks?” he asked.

Sood admitted that hotels are back to square one in terms of business just like during last year’s lockdown.

“We had a good season in December and thereafter January to March. After the cases started rising, business nosedived. There are no walk-ins and those who had planned the holidays in advance and booked the hotels, have cancelled. Even high-end properties like Oberoi group or Radissons are suffering,” said Sood.

Most hotels in Shimla, Kullu-Manali, Dharamshala, McLeodganj, Dalhousie, Chail and Kasauli have hit a zero occupancy level. Even, the locals are not coming out to the markets or Mall Road and Ridge (in Shimla). Even Rohtang Tunnel is deserted.

The state government, after seeing an alarming spike in Covid-19 cases (1,695 cases on Monday with 13 deaths), has imposed a complete ban on social, religious and political gatherings. The temples will also be closed down for public after April 23.

Wedding functions will not be allowed without the written permission of the sub-divisional magistrates (SDMs) .Only 50 persons will be permitted to attend with restricted SoPs, the chief minister said.

The government has also decided to cut down strength of employees in the government offices and public transport to 50 per cent to tackle the spike in Covid cases.

Government offices will run five days a week, schools and colleges have been closed till May 1.

Una deputy commissioner Raghav Sharma ordered closure of the markets on Sundays and changed the timing of the markets and other establishments during the weekdays.

He has also introduced mandatory Covid checking of those coming from the high-load areas.

Senior medical superintendent of IGMC Hospital, Dr Janak Raj, changed the timing of the outpatient departments (OPDs) from 8am to 1pm. The hospital has a dedicated Covid ward for 120 patients which is currently full.