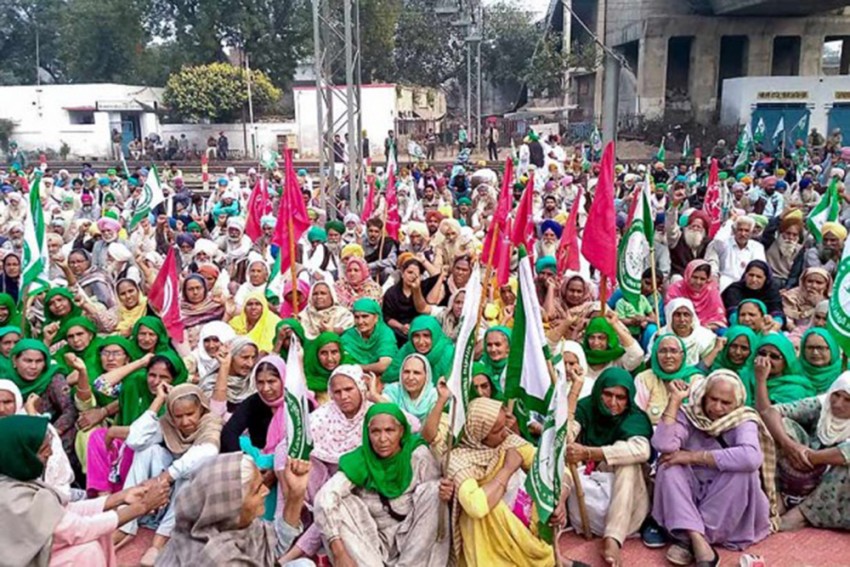 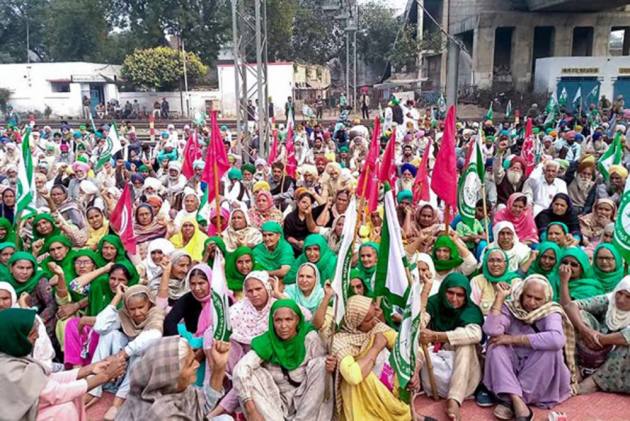 Expressing hope for an “equitable solution" to the farmers’ "crisis", UN human rights chief Michelle Bachelet said the farmers’ protests highlight the need for governments to consult all stakeholders before introducing any new legislations.

Bachelet made the comments while updating the UN Human Rights Council on recent human rights issues in more than 50 countries, including China, Pakistan and Russia. Bachelet also criticised the Centre for police action against journalists and protesters and claimed that charges of sedition being levelled against journalists who are covering the protests “are disturbing departures from essential human rights principles”.

Reacting sharply to her remarks, Ambassador Indra Mani Pandey, Permanent Representative of India, reiterated the Centre’s stance on the new farm laws and said the legislations aim to double famers’ income by 2024.

"The purpose of enacting three Farm Acts is to enable farmers to realise better price for their produce and enhance their income. It will particularly benefit small farmers and offer more choices to those farmers who opt for them.

"The Government has shown utmost respect for protests by farmers and has remained engaged in dialogue with them to address their concerns," Pandey said in his National Statement.

In her statement, Bachelet said, "In India, continued protests by hundreds of thousands of farmers highlight the importance of ensuring laws and policies are based on meaningful consultations with those concerned."

“I trust that ongoing dialogue efforts by both sides will lead to an equitable solution to this crisis that respects the rights of all," she added.

Thousands of farmers have been camping at several Delhi border points since November last year, demanding the government to repeal three farm laws and provide them with a legal guarantee of minimum support price (MSP) for their crops.

Multiple rounds of talks between the government and farmer unions have not been able to resolve the deadlock.

India has emphasised that the protests by farmers must be seen in the context of India's democratic ethos and polity and the Ministry of External Affairs said that some vested interest groups have tried to mobilise international support against the country.

"Before rushing to comment on such matters, we would urge that the facts be ascertained, and a proper understanding of the issues at hand be undertaken," it said earlier this month.

In her speech, Bachelet said, "Charges of sedition against journalists and activists for reporting or commenting on the protests, and attempts to curb freedom of expression on social media, are disturbing departures from essential human rights principles."

She also said the UNHRC was monitoring the situation in Jammu and Kashmir, where restrictions on communications continued to be a concern.

Ambassador Pandey said that the constitutional changes in the status of Jammu and Kashmir made by Parliament in August 2019 were a historic decision.

"It has been welcomed by the people of India, including people of Jammu and Kashmir. It has given impetus to socio-economic development, end decades of discrimination and combat cross border terrorism, which has been the key hindrance in full enjoyment of human rights by the people,” Pandey said.

"We have restored grassroots democracy, through District Development Council (DDC) elections, and provided good governance through the ‘Back to Village’ initiative. There has been a significant decline in terrorist attacks and progressive national laws have been extended to Jammu & Kashmir to enable the people there to enjoy the same rights as the people in rest of India," he said.

"Given these developments, we were perplexed to note some of the comments by the High Commissioner. She appeared as oblivious of the enormous efforts made by my Government to address the challenges, as indeed of many of the factors driving these challenges," the senior diplomat added.

Pandey said the "unprovoked violence on our Republic Day in the name of farmers’ rights, apparently, left her (Bachelet) unmoved.

"Her indifference to terrorism is, of course, not new. Objectivity and impartiality have to be the hallmarks of any Human Rights assessment. We are sorry to see that the High Commissioner’s oral update is lacking in both."

In her address, Bachelet also said that with regard to inclusion and participation, she was encouraged by the recent experience of her office in a pilot programme in Kerala, where officials, civil society organisations and community leaders used innovative technology to ensure that the voices of marginalised and poor people are heard, and their needs addressed, in the pandemic response.