Police personnel have been deployed in Chilla area near Delhi-Uttar Pradesh border in the wake of the protest. 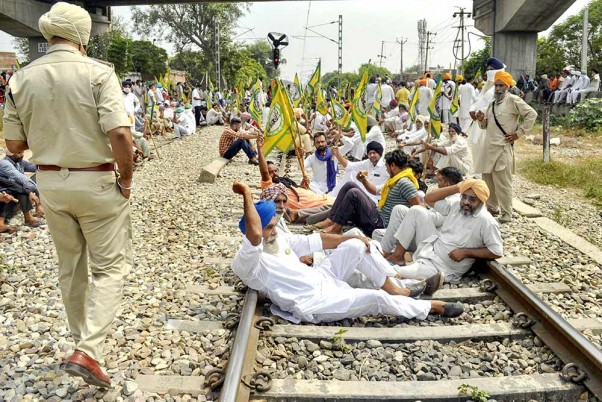 The Delhi Police has intensified deployment of its personnel at the border areas in view of a nationwide protest call given by various farmer associations against the agriculture-related bills passed by the Parliament recently, officials said on Friday.

They said police personnel have been deployed in Chilla area near Delhi-Uttar Pradesh border in the wake of the protest.

Police said adequate arrangements have been made to ensure the situation remains peaceful at the border areas. The situation is under control, according to the Delhi Police.

Doors Unlocked for Corporate Loot as Farmers Kept in Lockdown

"Our personnel have been deployed in Delhi-Uttar Pradesh picket borders as a precautionary measure in the wake of a protest call given by farmers in neighbouring states," said a senior police officer.

Police deployed at Delhi-Haryana border have also been alerted, the officer said.

Opposition parties and farmers in some states have been protesting the farm bills passed by Parliament recently.